Who are the key players in the technology industry?

With the fourth industrial revolution on its doorstep, the rush to technological advancement is becoming a global priority. For each country, disposing of the latest technologies means having the keys to your future industrial development.
Consider, for example, the case of China: its "Made in China 2025" plan, aims to support the development of high technology sectors. A lasting industrial development can not in fact be built on the sole advantage on the cost side, which sooner or later tends to run out.
Another signal of the strategic importance of technological products was given by Trump: with the second tranche of tariffs on China he hit, among other goods, those belonging to this category.

Who holds the reins of high technology?

Using SIUlisse1 data on annual international trade, in this article we will investigate which countries hold the leadership in the most technologically advanced industrial sectors. The classification of the Advanced Technology Products used below belongs to the US Census Bureau. 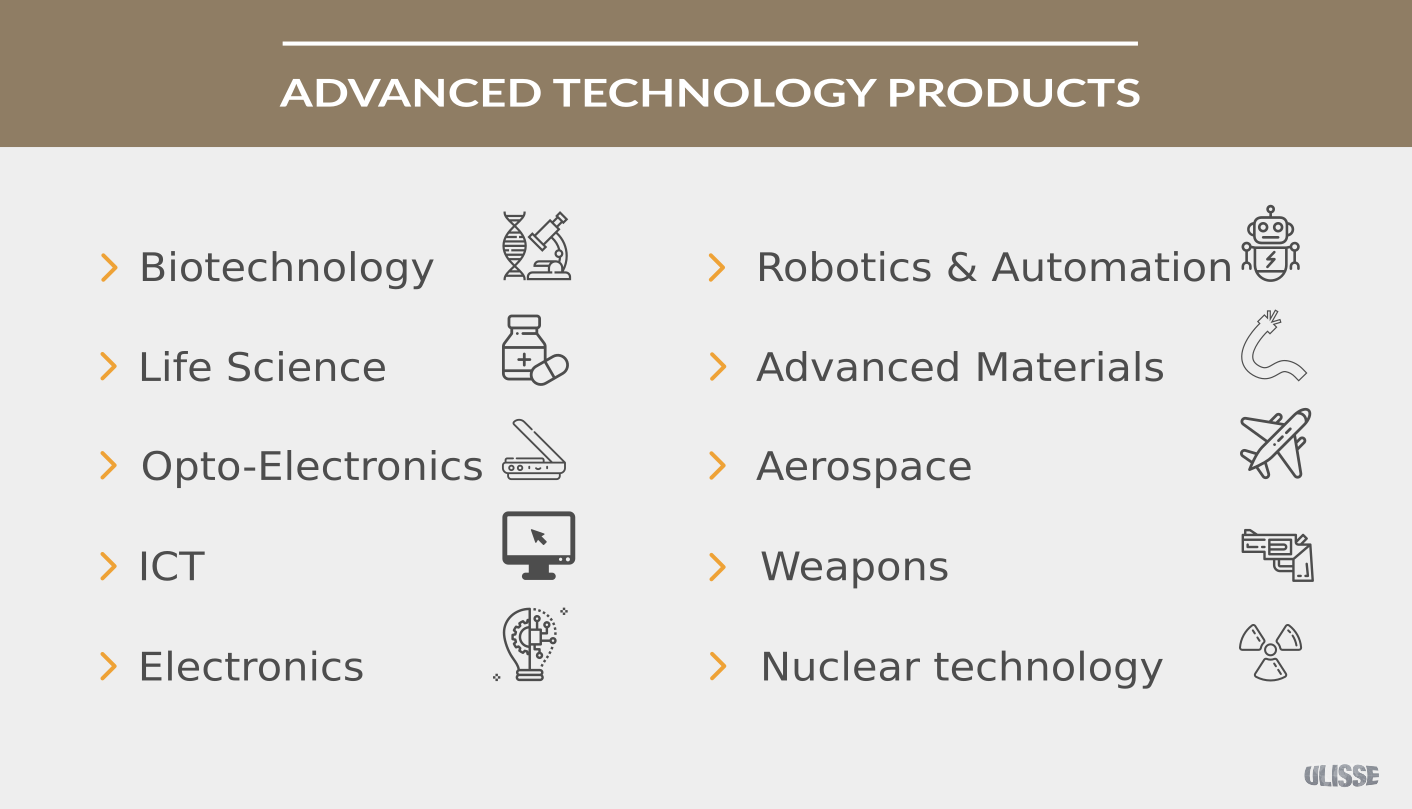 Analyzing 2017 data, we assume that a significant positive trade balance (exports higher than imports) indicates an equally significant domestic production; therefore, a relevant internal production means that the country has a leading role in the sector.
What emerges from the analysis is an identikit of the main players in technology worldwide.

We have gathered in this area products belonging to the Biotechnology and Life Sciences groups (the Life Sciences industry refers to the applications of scientific advances to medical science).
In this area, the largest positive trade balances in 2017 are recorded for Switzerland and Ireland; Germany follows. In the European Union, Belgium and the Netherlands also play a relevant role.

In these sectors, the record is in the east. For electronics and opto-electronics, the largest trade balance belongs to Taiwan; the surplus observed for South Korea, Japan and Malaysia is also relevant.
In the ICT area, instead, China is the key player, followed by Vietnam; Taiwan and Malaysia follow them in the ranking. The iconic products of ICT applications, namely mobile phones and notebooks, confirm the key role of China and Vietnam. 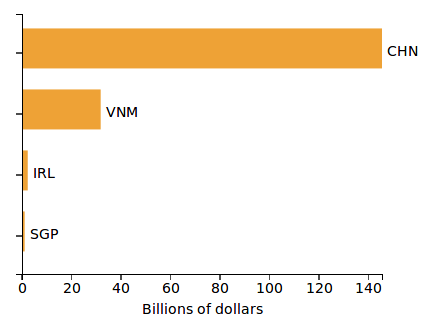 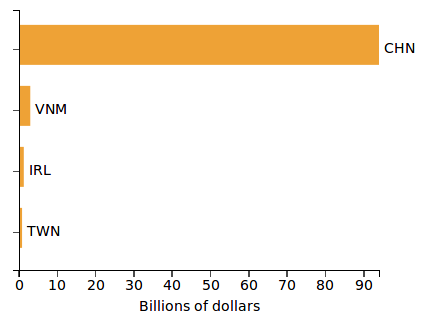 This group includes materials such as semiconductors and optical fiber, necessary to manufacture products with a high technological content. The record once again can be found in the east: China, followed by Japan, has the largest trade surplus. Germany is the European leader, followed by Norway and Poland..

This label includes the products identified as "Flexible Manufacturing" in the US classification (i.e.: machines that make the manufacturing process automated and limit human intervention).
In this field Japan has a leading position, followed by Germany. The fifth largest trade surplus in the world belongs to Italy, indicating the presence of a national industry at the forefront in the sector. Other European countries appear in the top ten, such as the Netherlands, Switzerland, Sweden, Austria and Hungary.

The aerospace sector concerns the production of civil and military helicopters and aircraft, as well as spaceships. In this context, Western countries remain firmly in the lead: in the first place we can find the US, followed by France, Germany and Canada. Italy is a relevant player in this sector, as well as Brazil.

Finally, in the arms sector, the largest trade surplus belongs to the US, followed at a distance by China. For nuclear technology (eg: nuclear reactors and parts of them), Russia is the uncontested leader.

Notes:
1. You can access SIUlisse data through the Exportplanning platform, in the Market Research>Analytics section.

Having almost halved the pace of growth recorded in Q1 of the year (after the slowdown in Q4-2021), some sectors already show cumulative negative trend changes [ Read all ]