Gender equality is an essential requirement for economic growth and social wellness. Ensuring social and economic development for around half of the world's population promotes economic competitiveness and productivity.
A recent publication by the IMF1 highlights that male and female workforce should be considered not perfectly replaceable, thanks to complementary skills that characterize each gender. Ensuring greater integration for the female component of the workforce helps to increase firm productivity, thanks to complementary skills provided, guaranteeing significant benefits on growth.

Through the Global Gender Gap Index, compiled annually since 2006 by the World Economic Forum, it is possible to compare 144 countries on the issue of gender disparity, according to criteria of participation in economic activity, participation in political activity, access to education, health and survival.
The index is a synthetic measure of the progress of a country in the fight against gender inequality, and expresses the percentage of the gap between men and women that the countries have filled. For this reason, the Gender Gap index is between 0 and 1: for example, if the index is equal to 0.5 the gender gap has been filled for 50%; if instead it is equal to 1 the integration is complete.

The following chart shows the evolution of the global Gender Gap index over the last few years. On average, in the 144 countries analyzed, the gap between genders has gradually decreased: in 2006 about 64.4% of the gap was filled, in 2016 the percentage rose to 68.3%. In the course of ten years, the global gender gap index declined by about 4 percentage points. 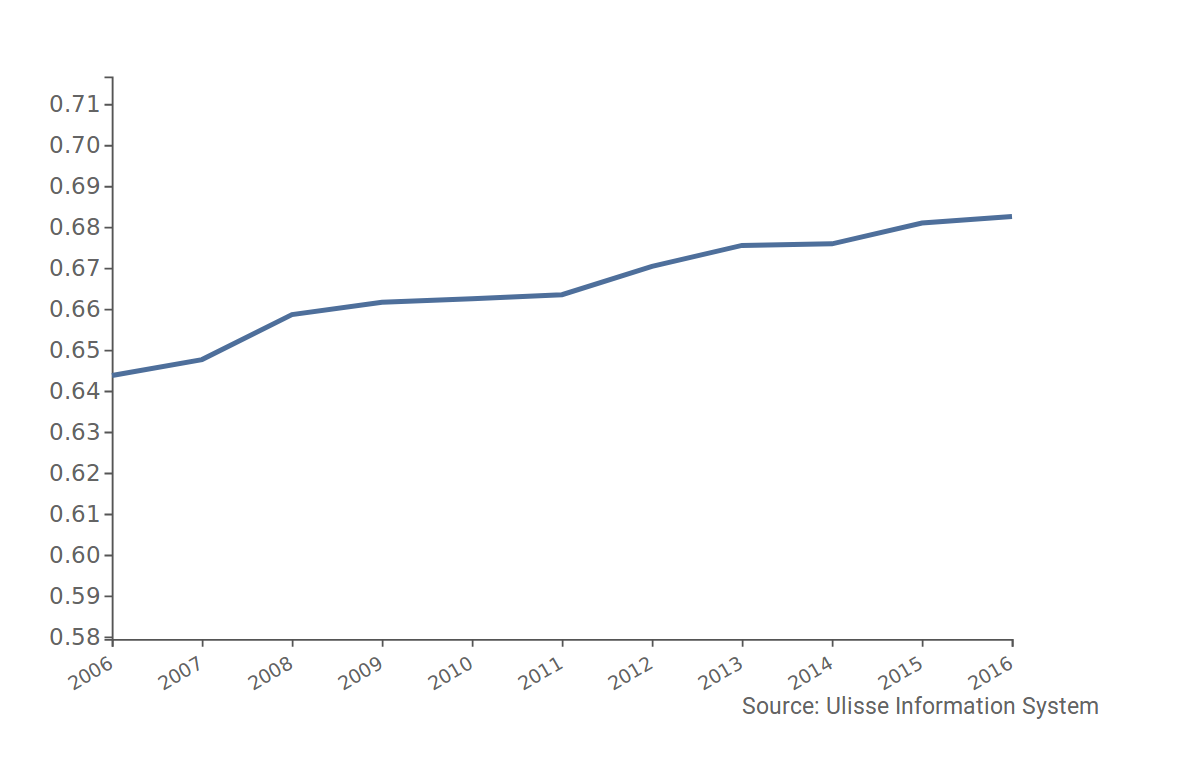 However, in geographical terms the fight against gender inequality is heterogeneous. By comparing the score of the components of the index for the cases of Italy and Iceland, it is possible to illustrate the differences that exist in fight against gender inequality, particularly for participation in economic and political activity.
The Gender Gap index is a synthetic measure of four components:

The radar chart compares the value of the score for Italy and Iceland, a virtuous country on the subject of gender equality.
The index for the two countries registers very similar values ​​for education and health criteria, but Italy presents significantly lower values ​​for female participation in economic and political activity criteria. 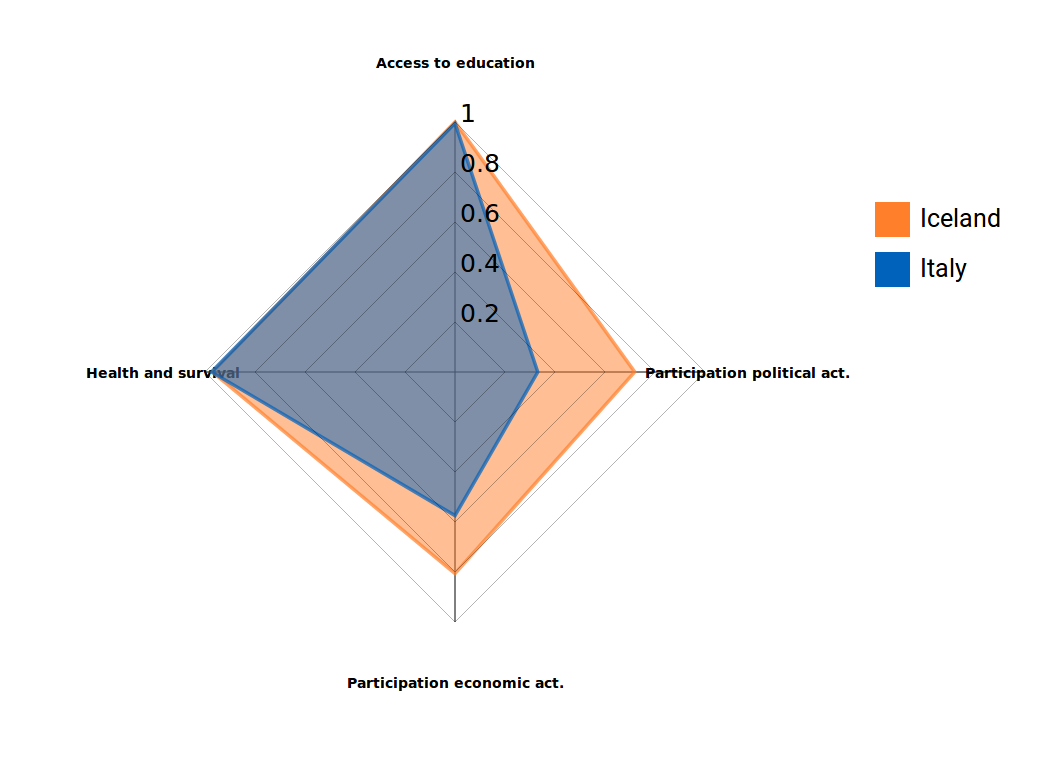 Participation in economic activity
Iceland has filled about 81% of the existing gender gap in terms of participation in economic activity, while Italy only 57%. This means that in Italy a 43% differential should be filled to ensure gender equality.
Participation in political activity
The integration of the female component in the central political activity represents the measure with the lowest score for Italy: the gap is approximately equal to 67% in order to achieve gender equality, 39 percentage points higher than the Iceland.

Despite the progress made in recent years, gender gap remain large in economic and political participation. The awareness about the economic costs of a partial integration should be a warning to promote fight against disparity.

(1) International Monetary Fund: Economic Gains from Gender Inclusion: Even Greater than You Thought