Imbalances in US and China foreign trade

This year the United States will record a deficit in the current account of the balance of payments, close to half a billion dollars. 300 millions of this concern the deficit towards China. If we consider goods alone, the imbalance between US exports to China and the opposite flows will probably reach the record of 350 billion dollars. The following graph shows the dynamics of this imbalance in the last 20 years. 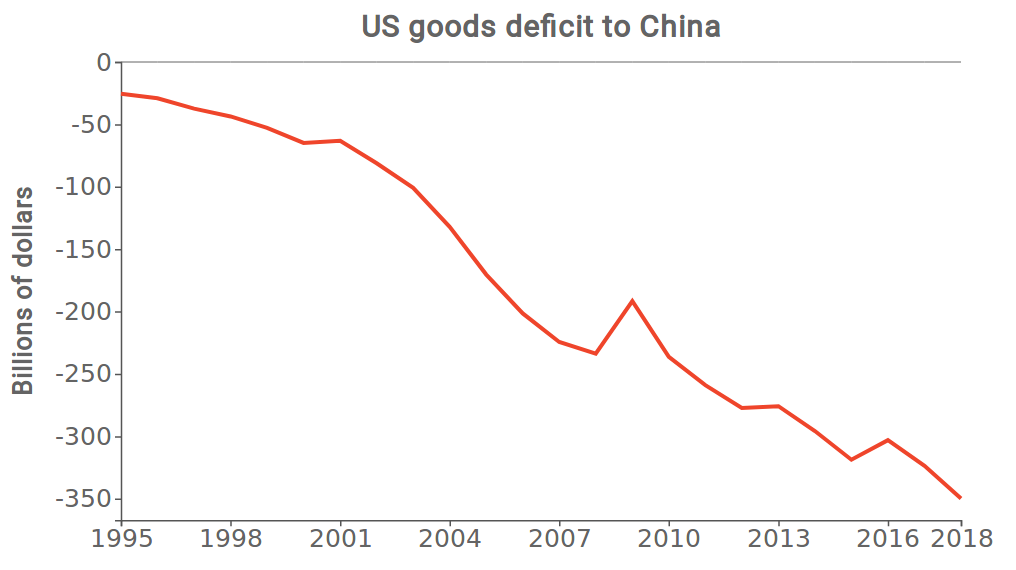 This high deficit implies two kinds of issues for the American economy. The first concerns the job loss in the American manufacturing industry in favor of the Chinese one, while the second is about the continuous transfer of wealth from America to China, necessary to maintain balance of payments equilibrium.

The commercial war begun by the American administration towards China aimed at a progressive reduction of this imbalance, to limit the problems arising from it.

We have analyzed the evolution of this imbalance by sector over time, in order to evaluate the possibility that a commercial war may absorb it. The following animated graph illustrates, by sector, the evolution of Chinese exports to the US and the opposite flows from the United States to China, from 1995 until today.

These elements lead us to believe that the rebalancing of the US trade deficit towards China through commercial war has high economic costs for both economies. Only a coordinated path of economic and industrial policy could lead to a rebalancing with limited economic costs. In the next months we will understand if long-term economic rationality will be able to lead the political decisions of these two countries.