A couple of cases of high potential markets for sector exporters

The paper and converting industry

The packaging and other paper and graphic-related products industry continues to show a high level of dynamism at international level in the values denominated in euros: the most recent ExportPlanning data, relating to world trade in the first 9 months of 2022, attest to a cumulative trend growth in world exports of this upcoming industry 27 per cent in euro values.


However, given the strong cost increases along the paper supply chain in the last year and a half1, the world export dynamics of the paper and converting industry reduces to a cumulative year-over-year growth of "just" 3.3 percentage points when measured at constant prices. This is therefore a performance which, although positive, appears to have slowed down in the most recent period: from +6.3% in the last quarter of 2021, the pace of growth in world exports of this industry has gradually slowed down over the last 9 months, up to +1.7% in the third quarter of 2022.

In a context of slowdown in the downstream industry, the upstream sector of paper- and converting-machines is likely to suffer particularly from the effects of uncertainty

In the first 9 months of 2022 the world export of paper- and converting-machines showed a cumulative Y-o-Y change in the values denominated in euros of almost 10 percentage points, which however becomes negative sign if measured at constant prices: -1.4 per cent. In particular, after two substantially "flat" quarters, in the most recent quarter world exports of paper- and converting-machines marked a Y-o-Y contraction of about 4 percentage points in measurement at constant prices.

For manufacturers of machinery for the graphics-paper and converting industry, it appears essential, in this phase of increased uncertainty in the demand framework, to be able to grasp the acceleration phase of imports of a given market , as recently documented, for example, in the article "Textile Machinery: Foreign market Opportunities undergoing 'structural' Acceleration", with reference to another sector (textile machinery) of the machinery industry in a slowdown phase.


Paper-machines: the case of the Indian market

A first case of sure interest for the exporters of the sector, with particular reference to the segment of paper-machines, is the Indian market.
This is a market that is characterized by an undoubted phase of acceleration: after a rather long phase of "latency", in just 6 years (from 2015 to 2021) Indian imports of paper converting machines have more than doubled their values, from less than € 28 million in 2015 to around 60 million in 2021. 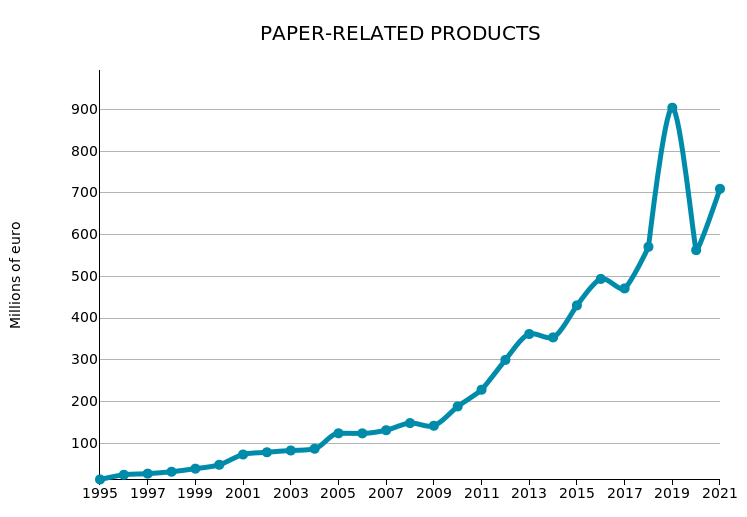 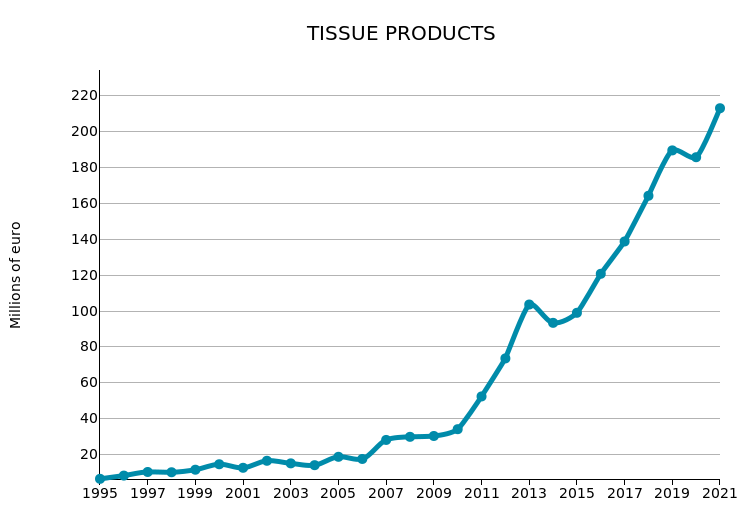 
Converting-machines: the case of the US market

Another case of great interest for exporters in the sector, with particular reference to the converting-machines segment, is the US market.
This is a market that is characterized by an undoubted phase of acceleration: after a rather long phase of "latency", in just 7 years (from 2014 to 2021) US imports of converting machines have grown by 170 percent, exceeding the threshold of 1.2 billion euros last year. 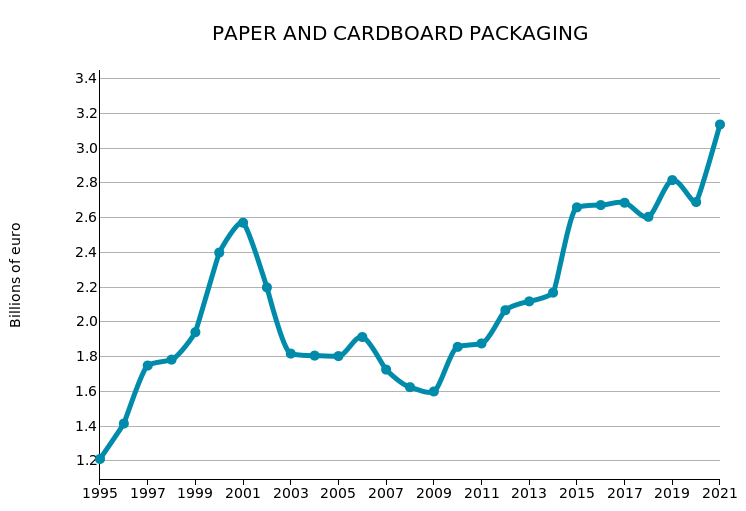 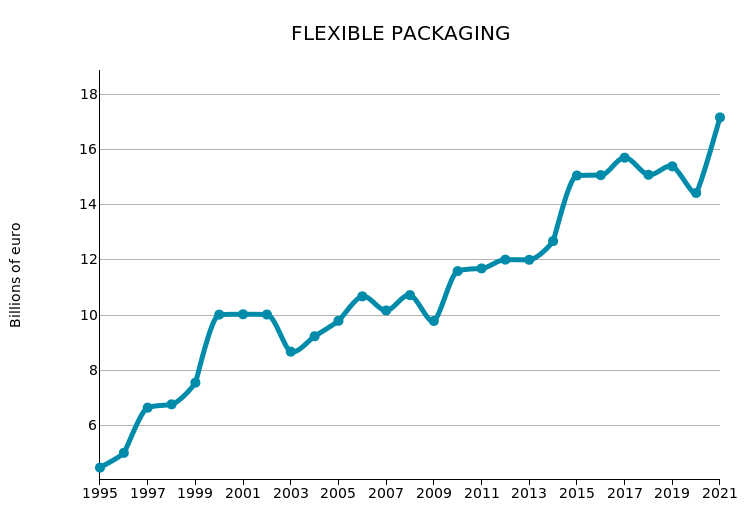 In a context of slowing international demand for paper converting and converting machines, it appears essential for the sector's exporters to be able to identify those markets that are going through a "structurally" accelerating phase in the dynamics of imports of products in the sector.

Through the ExportPlanning's Market Selection tool, it is possible for a company to identify the accelerating international markets in its business area (marked by the customs code or by specific aggregates of codes).