The Beauty & Cosmetics1 sector has achieved another record year: in final 2022, based to pre-estimates ExportPlanning, the world trade of the sector it is expected to well exceed the 100 billion euro threshold, settling at 106.3 billion (+17% compared to 2021). This performance is part of a trend of high long-term growth: in the last decade (2013-2022) the increase in sectoral world trade in euro values was a total of 132 per cent, with an average annual rate (CAGR) close to 9 percentage points. 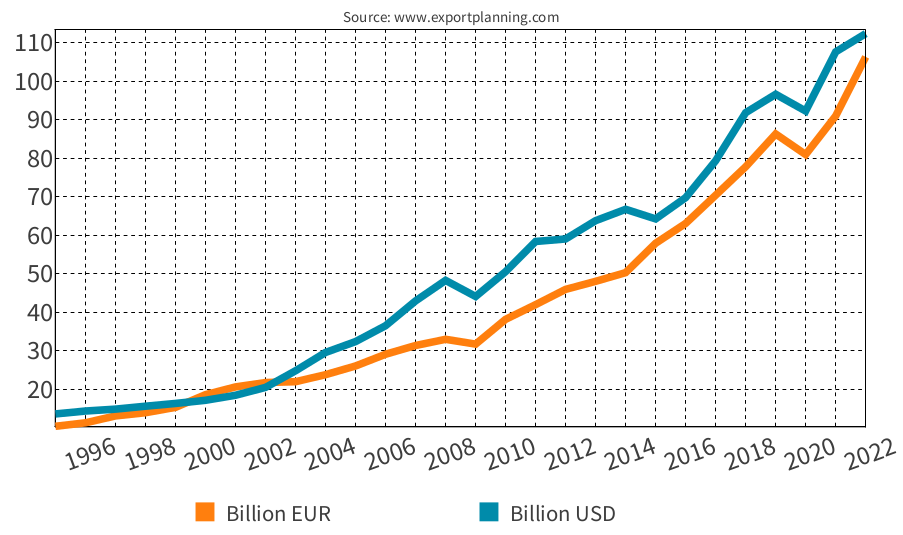 Even in the 2023-2026 scenario, despite an expected slowdown in the international economy, world trade in beauty & cosmetics products is expected to continue to grow at an average annual rate of more than +7% in euro values.< /p>

The dynamics of intense growth in world trade in the sector are underpinned by the phases of acceleration experienced by imports from various international markets, mainly Asian, in the various areas of business in the sector.

In the following, some particularly representative cases of this phenomenon will be examined, at the level of the individual business areas of the sector.

The protective creams and make-up preparations business area has been experiencing a great international development: in the last decade, world trade in this business area has in fact more than tripled in euro values, with a 2022 pre-estimate of around 57 billion euros (compared to 18 billion in 2021), which the Covid-19 crisis has not affected in any way.

In this context, there are numerous markets undergoing acceleration at an international level; the following are particularly noteworthy: 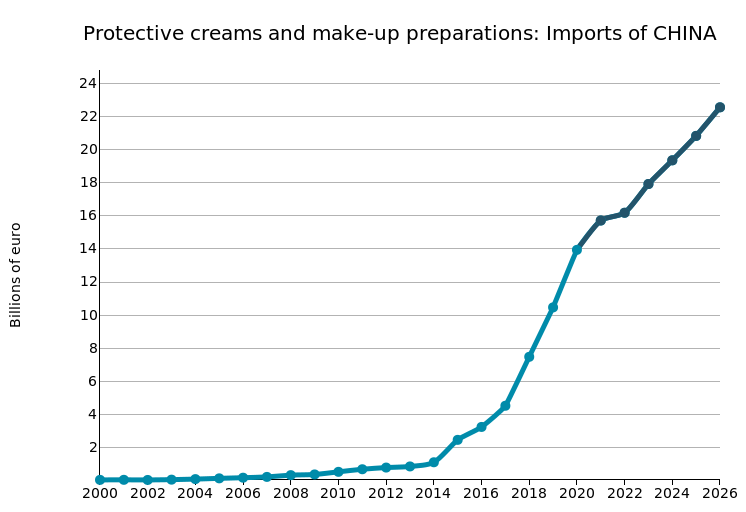 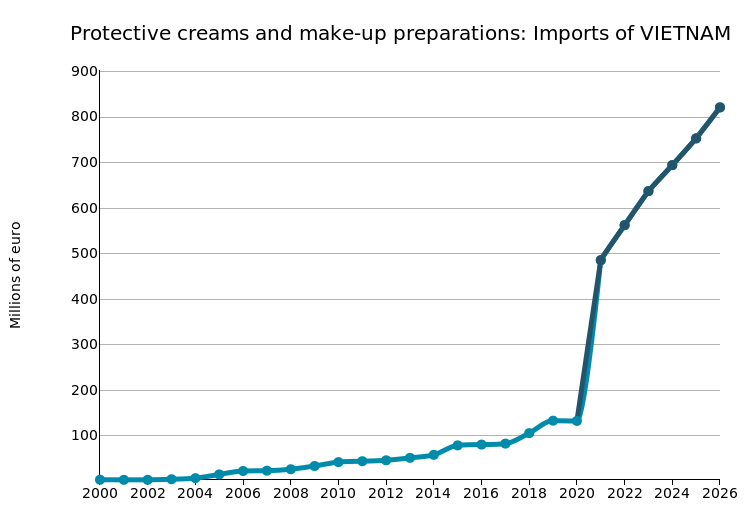 In 2022, world trade in the perfumes and toilet waters business area showed a dynamic of high growth, with expectations at the end of the year of a new record value in world trade, equal to approximately 24 billion euros (+27.1% compared to 2021; +80.4% compared to ten years earlier). 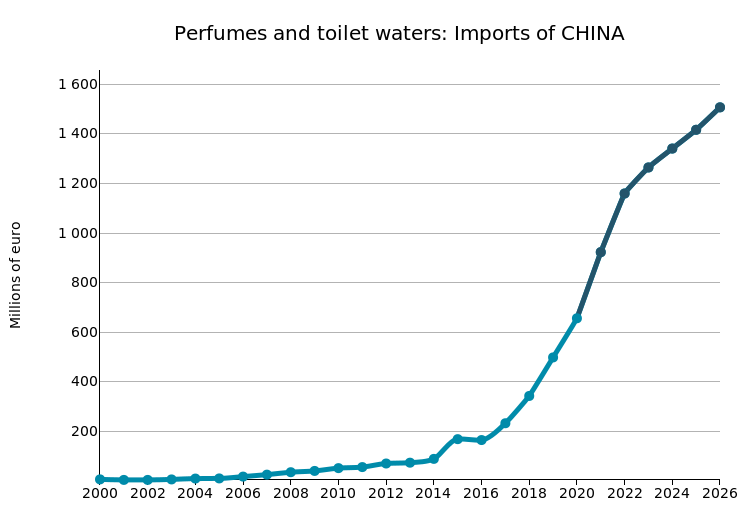 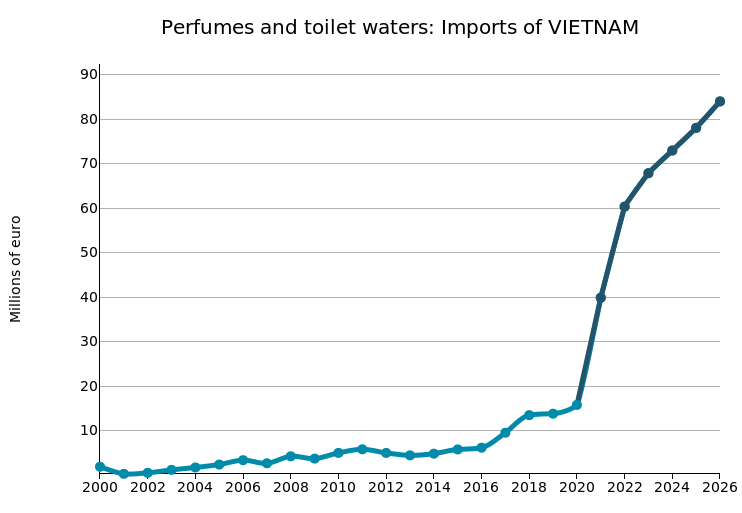 The make-up products business area, after a phase of very intense growth (+90% in the period 2015-2019), was strongly affected by the Covid crisis in the two-year period 2020-2021, with an overall fall in world trade of more than 23 percentage points, only partially recovered in 2022.

Even in the most recent period, however, some markets have shown an acceleration phase in their imports, such as the following for example: 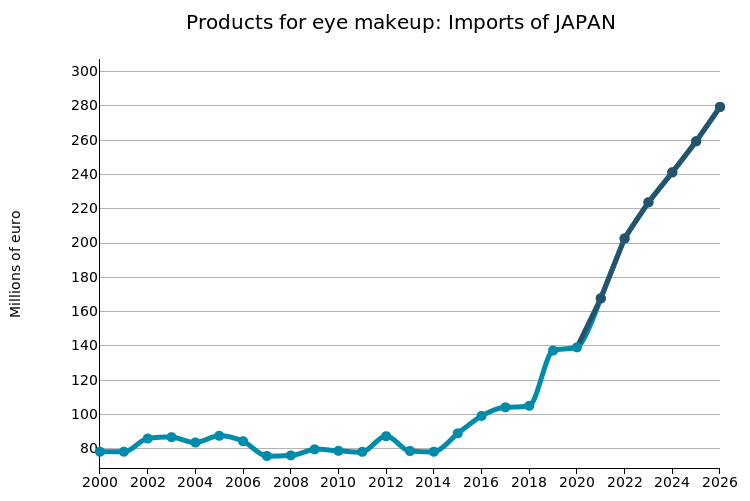 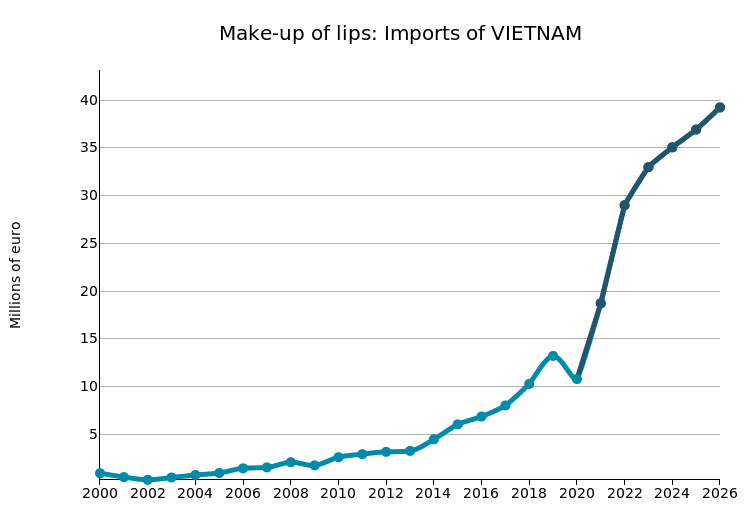 The hair products (lotions and lacquers) business area has experienced strong growth in world trade in the last two years, arriving in 2022 (according to ExportPlanning pre-final data) close to 10 billion euros. These are almost double levels compared to those of just a few years ago.

The main accelerating markets, driving the growth of world trade in this business area, are the following:

In the last decade, the value in euros of world trade in the depilatory products business area has more than doubled, going from less than 2 billion euros in 2012 to an estimated 4.1 billion in the final balance 2022.

The main accelerating markets, underlying this excellent performance, are the following: 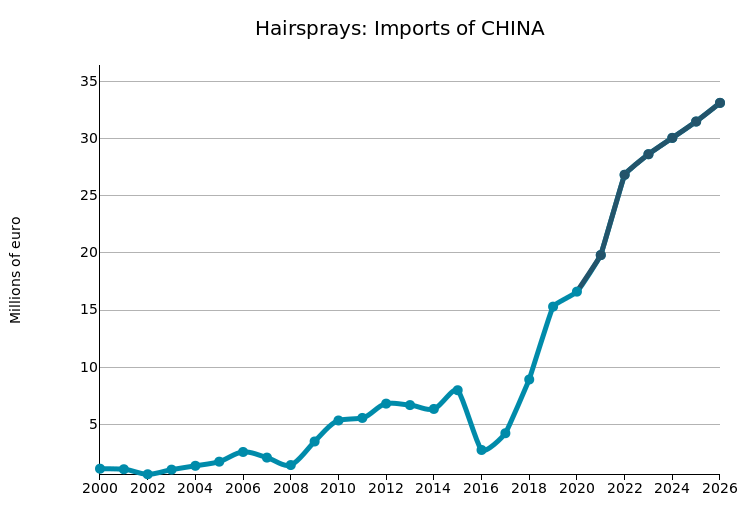 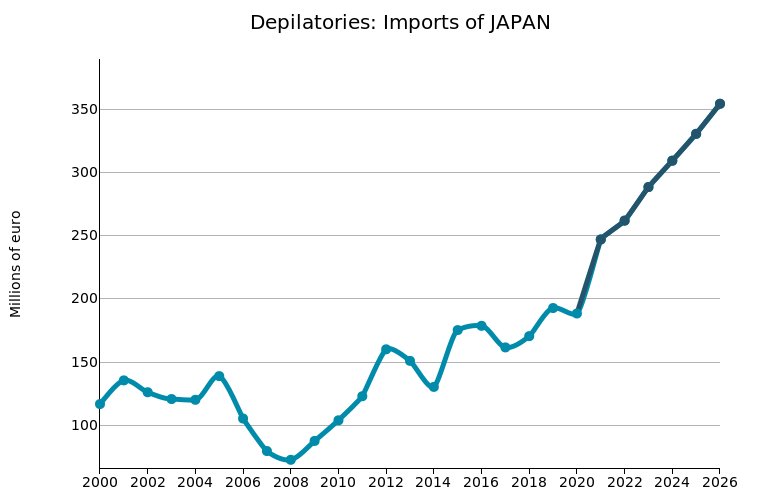 1) In this sector analysis, the following product segments were considered: 2) Similar insights into accelerating markets have recently been made in the ExportPlanning magazine for the following industries/sectors: