Which countries have benefited from multilateralism and what are the reasons behind trade imbalances?

Over the past decades, the intensification of trade in goods and services at global level has increased the phenomenon of globalization.
Traditionally, the greater openness to markets of economies has been considered one of the pillars in the development of multilateralism, i.e. the existence of a plurality of actors trading goods and services under the same conditions. The promoter for multilateralism is the World Trade Organization (WTO), a body whose objective is to reduce or abolish tariff barriers between the various member states.
The graph below shows the development of world trade in goods and services from 1995, when the WTO was founded, to 2018. 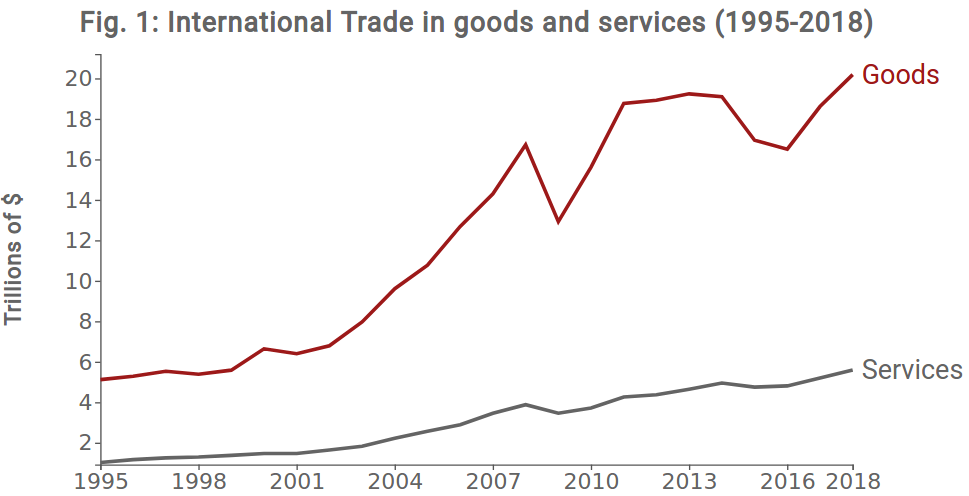 As can be seen from the graph, there is a marked acceleration in world trade in both goods and services after 2001, year in which China joined the WTO. The accession of the Asian dragon has led to quite a few deficits in partner countries' trade balances. To measure these deficits, we can see the sum of the absolute values of trade balances from 1995 to 2018 of all the world's countries, shown in the graph below. 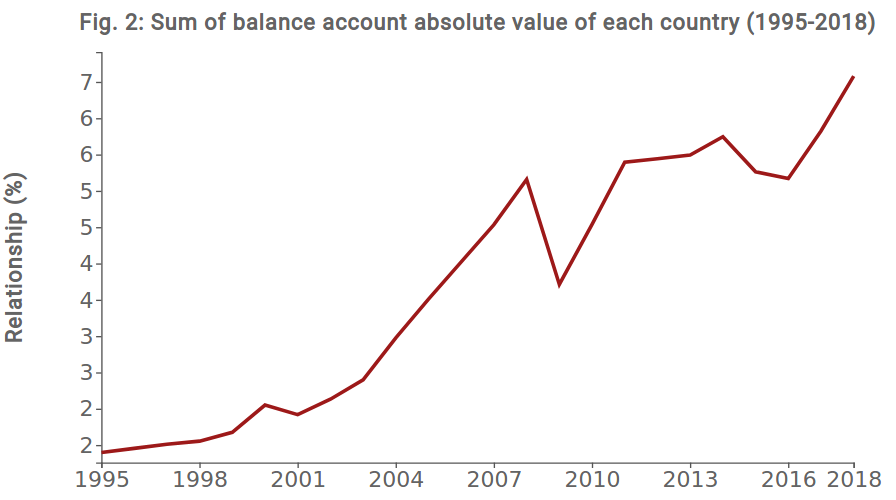 Again, it was after China's entry into the WTO that the most trade imbalances were recorded. If at the time of China's entry into the WTO, the sum of the absolute values of the trade balances of all the countries of the world did not reach 2 trillion euros (equal to a little more than 25% of the value of world trade), in 2019 it exceeded 7 trillion euros, with an impact of more than 30% on world trade.

Which countries benefited from the deficits?

The animated graph below shows the evolution of the trade balance for:

For 153 countries, since 1995.
The size of each circle reflects the absolute value of the surplus (in green) or deficit (in red). The analysis of the graph therefore shows which countries have benefited the most from increasing globalisation and which, on the other hand, have worsened their trade balance.

From the interactive graph it can be seen that generally developing countries (China above all) are net exporters of goods, as they have a competitive advantage that lies in lower production costs compared to developed countries.
Russia and Saudi Arabia enjoy the presence of raw materials whose demand is almost inelastic compared to the price, such as oil and gas.
The one who enjoys a technological competitive advantage is Germany, which has a surplus in the trade balance thanks to its high know-how.
Italy also has a positive goods trade balance. In this case the competitive advantage must be sought in the elevated differentiation of Italian products.

For services, it is mainly the advanced economies (such as USA and Great Britain) that show surpluses in the trade balance, while developing countries (including China) are in deficit. The nature of this difference lies in the allocation of qualified human capital, which is necessary for the development of the services a country is able to offer.

What are the reasons behing trade imbalances?

These two effects, added together, produce an improvement in the trade balance in the medium to long term. The classical theory is valid if competitiveness is based on price. Sometimes, the competitive advantage of a good is its quality and the price becomes a secondary factor in purchasing choices.
As can be seen from the chart below, which shows purchases by price range, High and Medium-High price range goods have taken on an increasingly important role, especially when compared to Low and Medium-Low price range products. The lower price elasticity is a first factor that limits the explanatory capacity of the classical theory to rebalance the trade balance via exchange rate devaluation. 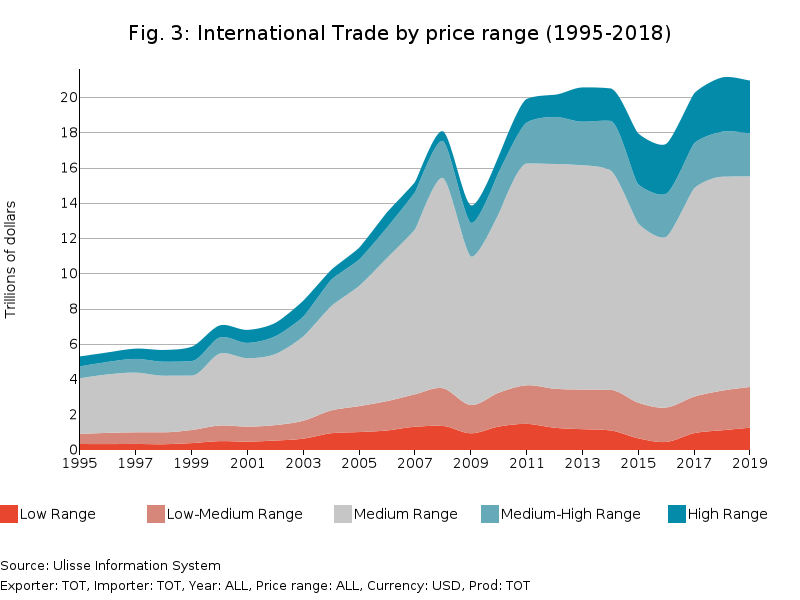 There is also another criticality in the application of the classical model to the real economy. The exchange rate is less and less responsive to deficits in the trade balance, due to the growing importance of capital movements.
Large capital inflows often neutralise the exchange rate effects of high trade deficits. An example of this are the United States, whose foreign capital inflows (measured by Foreign Direct Investment) have increased almost continuously since 2002, partially offsetting the trade deficit. 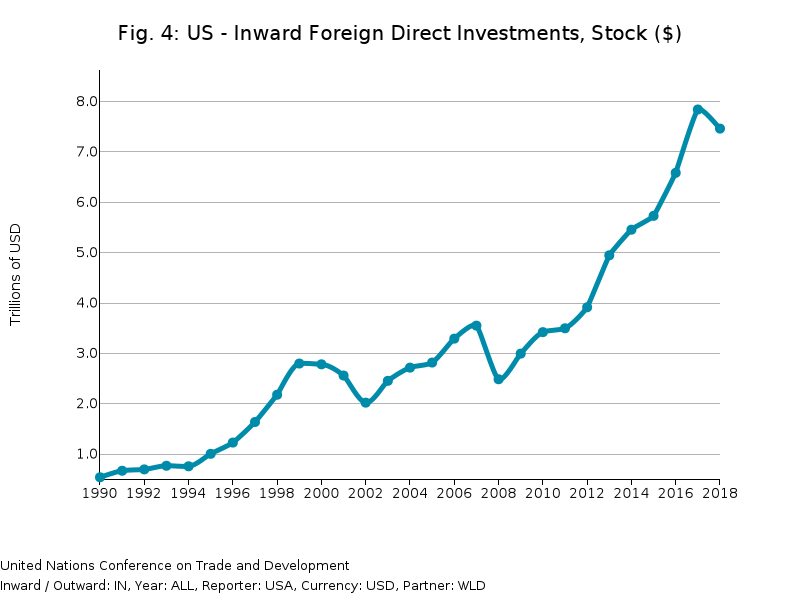 The globalization of the world economy has often been cited as the cause of the increasing inequalities, the growing economic uncertainty and the growing economic deficits. Among these, a non-marginal role has been played by the growth of trade imbalances. One criticism that has been made of the multilateralism model pursued by the WTO is that it has not introduced solutions capable of limiting these negative effects.
Since the onset of the great recession in 2008 there has been an increasing number of actions by different governments to protect their markets and unfairly support their exports. With the trade war against China, the Trump administration has become the main bearer of these protectionist positions. It is likely that unless corrective measures are introduced to the multilateralism model, the "losing" countries will continue to seek their own solution in protectionist actions, making their openness to foreign trade less certain.

Dried Plum is Making A Comeback

Global demand increases in 2020, but not for Californian producers [ Read all ]