The first months of 2021 leave behind the unfavorable spring of last year for the EU market, but weakness remains compared to pre-Covid levels; solid growth for electric vehicles

In line with what happened to the vast majority of sectors, the European Union's automotive industry was unable to escape from the significant effects of the pandemic crisis.
ACEA data (European Automobile Manufacturers' Association) clearly show the effect of Covid-19 on EU car registrations, indicating a significant fall in the first part of 2020. While the first two months of the year already showed contractions greater than 7% year-over-year (YoY), the biggest slump occurred in spring: the monthly contraction reached a peak of -76% in April last year. This slump was followed by the start of a phase of recovery, which in September led to the only positive YoY change recorded in 2020 (+3%).
Overall, last year passenger car registrations in the European Union fell by 23.7% - corresponding to a loss of around 3 million units. Data from OICA (International Organization of Motor Vehicle Manufacturers) show a similar slump (-24%) for EU car production during 2020.

Focusing instead on the dynamics of foreign trade, the latest ExportPlanning data suggest, overall in 2020, a contraction close to 19% for cars' world trade flows; the fall was instead limited to 14% for EU exports.

Following the historic slump in 2020, ACEA data on passenger car registrations in the EU signal the start of a recovery phase. From March 2021, data reveal positive changes in registrations compared to the same period of the previous year; however, these increases are not enough to return to 2019 levels, which we can refer to as pre-pandemic benchmark.
In H1-2021, total car registrations in the EU remained below the corresponding levels recorded in 2019 (-22.5%), while increasing by 25.2% compared to the same period of 2020. If the European car market therefore shows, for the current year, a significant recovery from the most critical months of the Covid crisis, the numbers of new registrations continue to reject the possibility of a complete return to normality, in a context of persistence of uncertainties related to the health crisis. 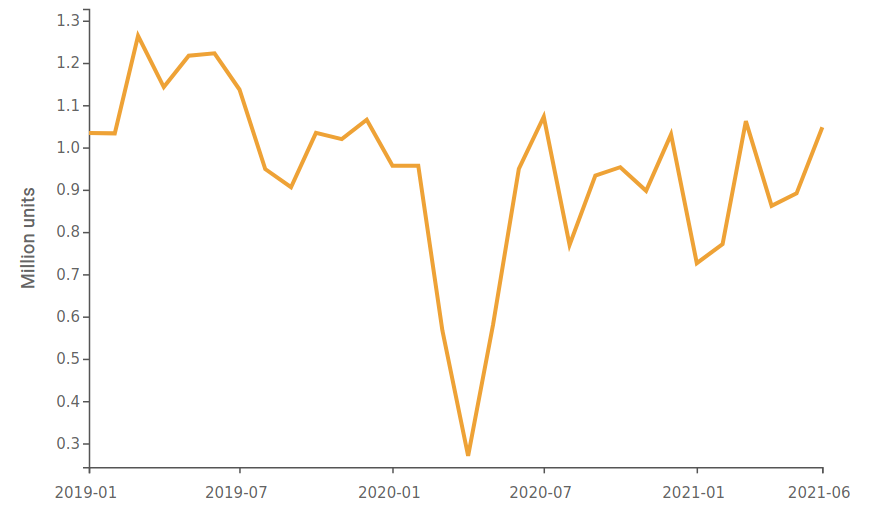 The analysis of the European car market shows that, together with the pandemic, the green transition continues to play a significant role. Data on recent registrations by fuel reveal that, despite the current difficult phase, the trend towards electricity keeps going.
In this context, a major role is certainly represented by national governments' support programs. According to ACEA information collected in 2020, incentives for the purchase of electric cars were found in 20 out of 27 EU countries. For example, in the case of Germany, we could find a temporary VAT reduction in the second half of 2020, a 10-year tax exemption for electric cars registered by the end of 2020 and an "innovation bonus" valid until the end of 2021. 6 EU countries do not provide any purchase incentives, limiting to tax reductions or exemptions. 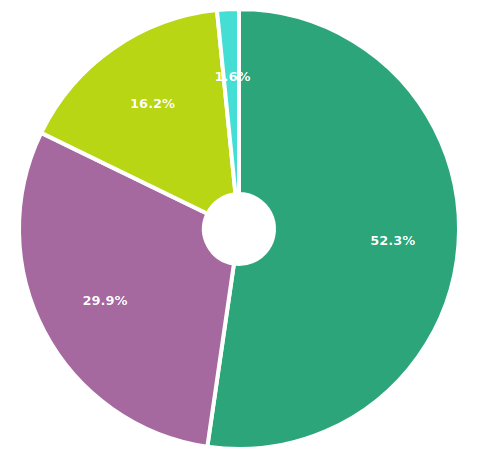 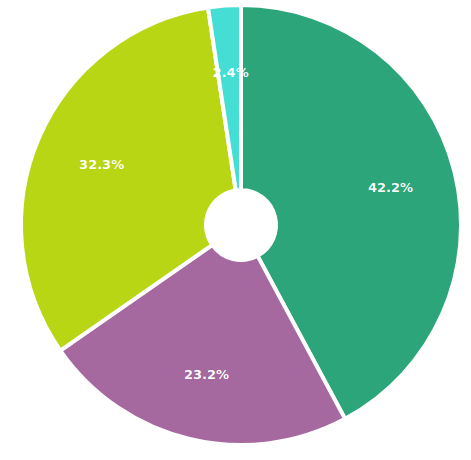 Data on EU exports of passenger cars also confirm the rise of the electric sector. As can be seen from the graph below, roughly from 2017 we can see significant growth rates, which accelerate further in the years to follow. From 2019 onwards, growth becomes exponential; this is only partially interrupted in Q2-2020, during the most acute phase of the pandemic.
At the end of 2020 and the beginning of the current year, the historic level of €26 billion of quarterly EU exports was reached; this figure was almost confirmed in Q2. 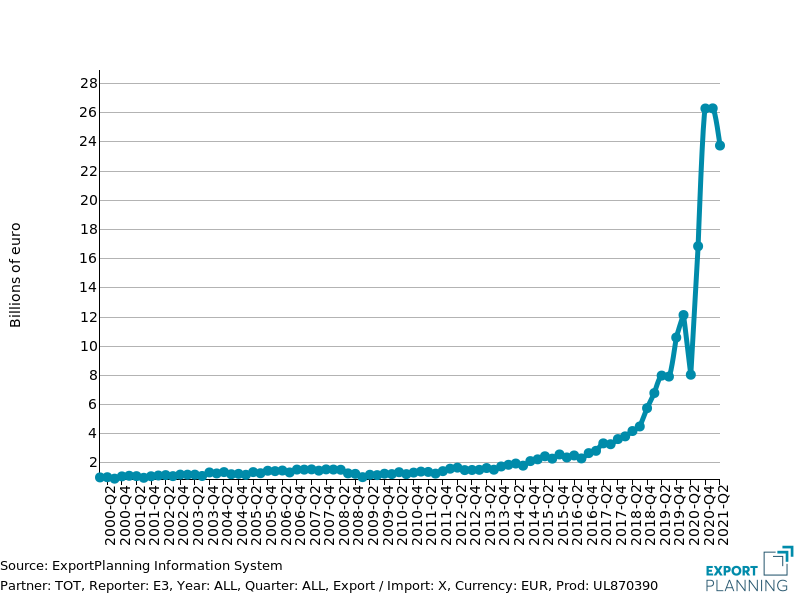 Unlike electric vehicles, EU exports of traditional fuel cars experienced a sharp fall in 2020 and are currently showing a modest recovery: ExportPlanning data show a YoY contraction in every quarter of the year, with a peak of -50% in Q2-2020. Exports of petrol and diesel vehicles remained in negative territory in Q1-2021, with a positive rebound only in the second quarter: specifically, petrol cars showed a greater recovery (+105.8%) compared to the diesel sector (+64.4%).
Comparing 2021 levels with those of the pre-Covid period (base year = 2019), changes in EU exports of petrol and diesel cars in Q2-2021 emerge as still negative, signaling that we cannot yet talk about overcoming the crisis.

Data on the dynamics of car registrations and exports in the European Union clearly indicate the strong impact of the pandemic on the automotive sector and, at the same time, the effectiveness of the current push towards electricity.
Dating back to mid-July 2021, the European Commission adopted "a package of proposals to make the EU's climate, energy, land use, transport and taxation policies fit for reducing net greenhouse gas emissions by at least 55% by 2030, compared to 1990 levels". As for passenger cars, the proposal is for "average emissions of new cars to come down by 55% from 2030 and 100% from 2035 compared to 2021 levels. As a result, all new cars registered as of 2035 will be zero-emission". However, these proposals will have to be negotiated and approved by member states and the European Parliament.
An element on which they place emphasis is the need for a reinforcement on the infrastructure plan to achieve the goal. In fact, 70% of refueling stations for electric vehicles in the Union is currently concentrated in only 3 Western European countries: the Netherlands, France and Germany (source: ACEA 2021 Progress Report).