A Glance at American Meat Exports

US meat continues to look attractive to global consumers. In 2020, pork exports showed a record 17% increase.

Feeding the world in a sustainable way will represent one of the most pressing challenges in the coming decades. Despite the environmental impacts associated with its production, meat still plays a pivotal role in nutrition across several countries. As for the United States, the meat and poultry industry constitutes quite a large segment of the agricultural sector, accounting for almost 1$ trillion in total economic output or 5 percent of GDP - according to the North American Meat Institute. American meat companies also play a key role in international markets, reaching a wide range of consumer around the world through exports. A comprehensive understanding of the implications on the global food supply chain requires an in-depth review of international trade data.


A key player in the global meat market

Export Planning historical data reveal that US exports of meat (both fresh and frozen) have grown considerably over the last two decades. They went from a value of $7.4 billion in 2000 up to $18.6 billion in 2019, showing a compound annual growth rate (CAGR) of 5%. In 2019, the US posted a trade surplus of $9.8 billion, importing from the rest of the world just $7.8 billion worth of meat. More than two thirds of total international sales consist of pork, beef and poultry, amounting respectively to $5.2, $6.9 and $3.7 billion.

The graph below illustrates the annual change in market share of the world’s largest meat exporters. The US holds the largest market share (17% of global exports), followed by Brazil (13%) and the Netherlands (10%). The three countries record, however, different trends: whereas American and Dutch meat industries have been roughly maintaining their current market share since 2011 (with the US losing some ground as a result of the pandemic), Brazil has seen a rapid growth of its share, especially over the last three years. 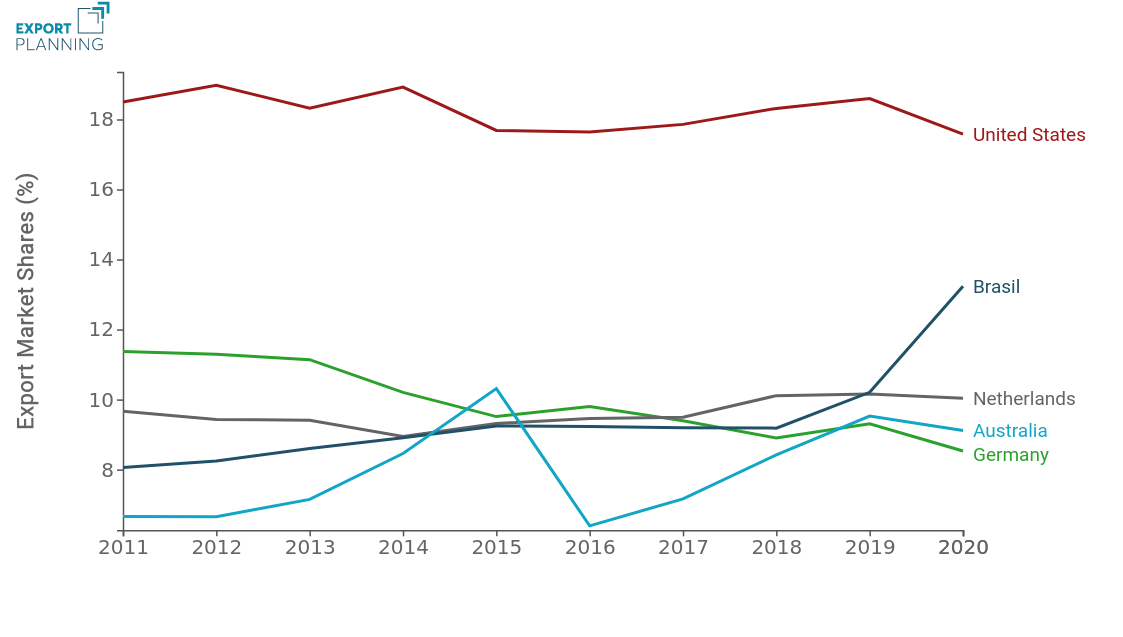 Main destinations for US exports: the pivotal role of Asian markets


Finding the best opportunities in the meat industry implies an updated understanding of recent trade dynamics. Visualizing the main countries of destination for US exports is, to this extent, anything but meaningless. Particularly, the Asian markets remain a vibrant opportunity, as China, Japan and South Korea represent three out of the five main buyers of American meat. 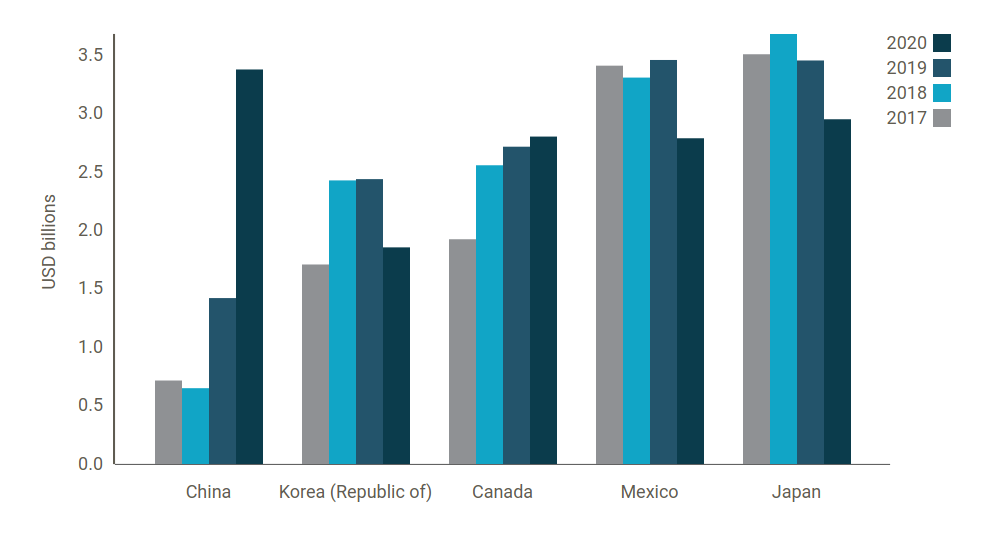 Export performance by category in 2020


Exports in 2020 varied among the different categories of meat. Certainly, the surge in demand from China gave impetus to the record performance of US pork exports in 2020 (+17% year-over-year) and animal fats (+12%). Other categories went remarkably well in terms of exports: growth rates for horse meat (+4%), edible offals (+2%) and poultry (+1%) were all in positive territory. On the other hand, declining exports to Mexico and other Central American countries may partly explain goat meat’s poor performance in the last year (-64%); this goes along with a negative trend both for bovine meat (-26%) and guts, bladders and stomachs (-22%). 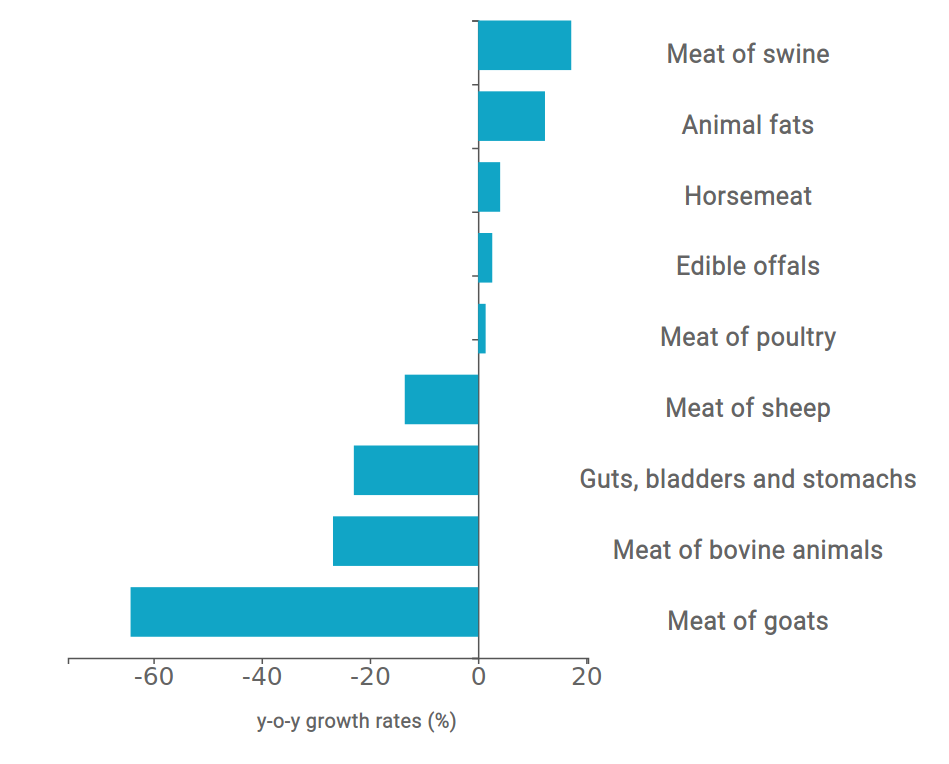 In spite of the ongoing pandemic, US meat exports in 2020 proved relatively resilient, containing losses at -5% year-over-year. In this peculiar historical juncture, consumers across the world ask for goods to enjoy at home, and US meat can definitely address this need. Moreover, the US Meat Export Federation sees bright prospects for growth in 2021, expecting beef and pork exports to increase substantially on a year-over-year basis. According to the same institution, exports will achieve success in a broad range of markets, including the Philippines and Central America. Keeping an eye on the unfolding dynamics is therefore of the utmost importance for American exporters.