Polish Zloty is an interesting case study to evaluate the influence of not strictly economic factors on the dynamics of a currency.

In the early 2000s the Zloty showed considerable fluctuations, while it became much more stable after the Great Recession, supported by Poland’s strong economic development. Poland has in fact recorded growth rates above the EU average for many years; in 2018 its GDP grew by almost 5%. However, even in this context of strong growth, the Zloty experienced some phases of weakness, as it happened during 2018 and in the last weeks.
You can spot the different phases of depreciation in the graph below, which shows the dynamics of the currency against the euro in the last 12 months. 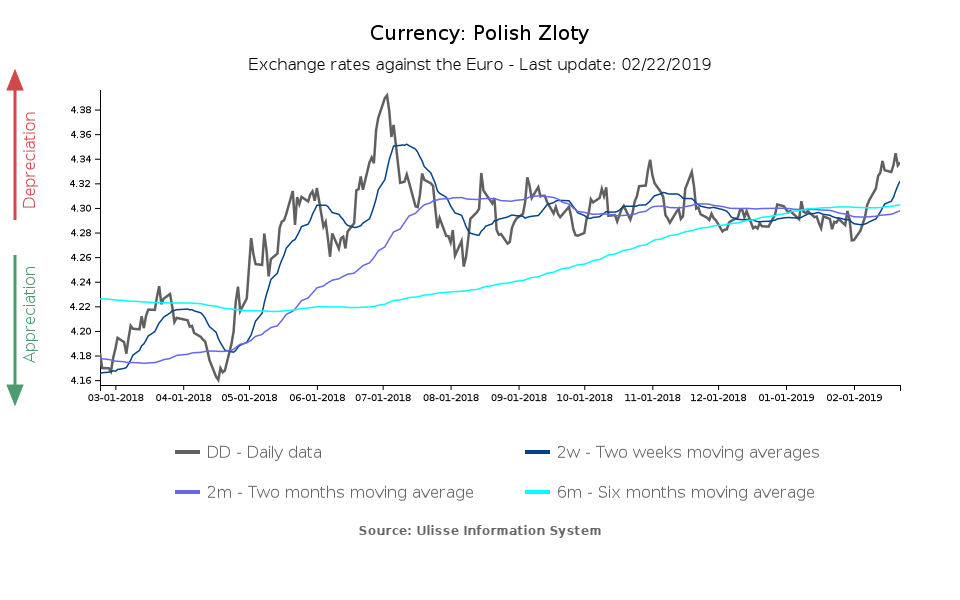 2018 dynamics: modest depreciation for the Zloty 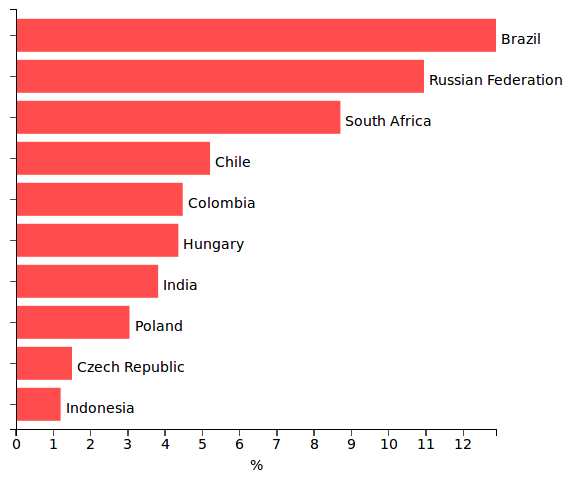 Beginning of 2019: conflicting drivers impact on the Zloty

As you can see in the time series graph shown above, after several months of stability February started with a new weakening of the Polish currency against the euro.
These fluctuations can be explained by the combined effect of different drivers, that pushed the currency in opposite directions. On the one hand, various news published in the last week about Polish economic performance in January 2019 spread optimism on the forex market; on the other hand, some elements of uncertainty contributed to the weakening.

News recently released by the Polish statistical office indicate that the country's economy is in good health: industrial production grew by 6.1% in January (y-o-y), exceeding expectations; retail sales showed a positive dynamics, as well (+ 6.6%). As regards the labor market, employment grew by 3% in January (y-o-y), while wages increased by 7.5%.
Despite high economic growth and higher wages, inflation did not accelerate and it remains below the target set by the central bank.

At the same time, the dynamics shown by the Zloty in the last weeks may reflect external factors, such as market concerns about the Eurozone growth slowdown; within the Eurozone, Germany’s slowdown is a major source of concern for Poland, since the country represents its major market.
Nevertheless, the majority of analysts agree that Poland has the potential to resist a growth slowdown of neighbouring economies. Therefore, there are no risks of depreciation for the currency, which is not threatened by the trade balance (close to equilibrium) and could be sustained, in the case of excessive weakening, by the high amount of international reserves held by the central bank of Poland (112 billion dollars in December).