Has the global slowdown stopped?

Last week the World Trade Organization (WTO) published the May update of the World Trade Outlook Indicator. This indicator is built by combining the measures of some economic factors that historically anticipated the evolution of world trade: 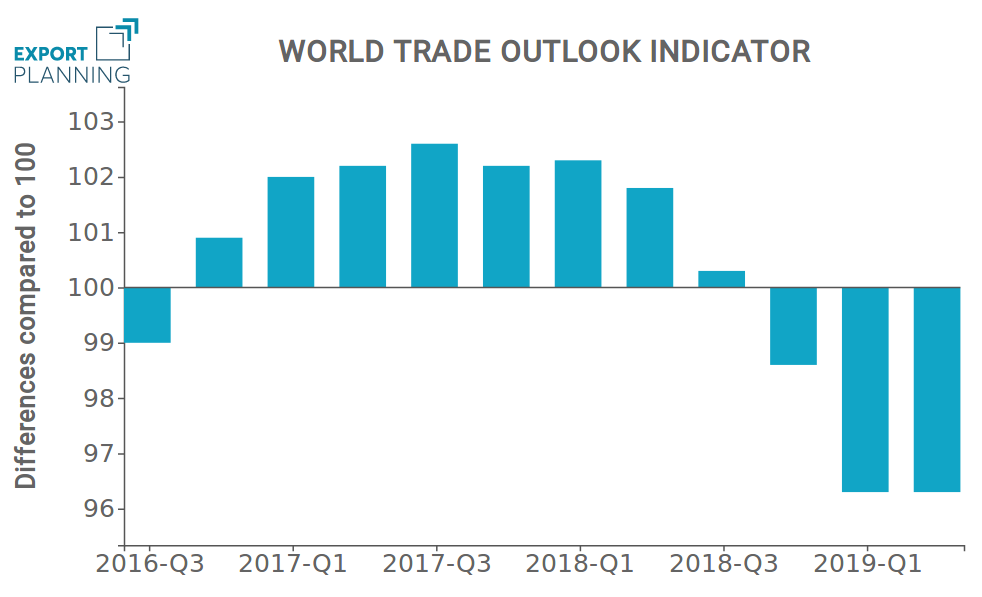 Historically, the WTOI index anticipated turning points of the world trade; it is therefore important to compare this index with the values observed in the previous quarters. The value calculated in May 2019 is equal to the one of the previous quarter (February 2019): this means that, in recent months, the growth rate of world trade did not accelerate nor decelerate. Thus, the dynamics of world trade looks substantially stable compared to the last quarter.

The glass is certainly half empty, if we consider that in this decade, on average, world trade has increased at rates close to 4%. However, the glass can also be considered half full if we keep in mind the fears that characterized the second part of 2018, concerning a possible fall in world trade in the first half of 2019.

In the second half of 2019, the evolution of world trade will be closely linked to the development of the trade war that the Trump administration has declared to the rest of the world. From this point of view, the latest news are far from being positive: the Huawei case represents an expansion of the conflict between the USA and China, with possible repercussions on the growth rate of world economy. These effects have already been anticipated by financial markets, as we can see from the price of oil.