A drastic deterioration in the US-China trade war took place in August 2019. The repeated threats by President Trump have materialized into two tariff actions and a Chinese counteroffensive. To get an overview of the American tariff measures in force against Beijing, let us summarize the measures in place before the latest tariff escalation [1]:

In addition, on August 13, the US administration formalized a tariff action targeting additional $300bn of US import from China, under Section 301 of the 1974 Trade Act (Action to facilitate positive adjustment to import competition). Tariff application is divided into two tranches:

Based on the original draft of the United States Trade Representative Statement, the tariff rate was set at 10% in both cases. However, the Chinese counteroffensive, on a value of $75bn, led the US administration to immediately increase the tax rate from 10% to 15%. Furthermore, $250bn worth of products - hit in 2018 - could be subject to a rate increase from 25% to 30%, starting from October 1.

Figure 1 summarizes all the American tariff actions against Chinese products.

Fig. 1: Share of US imports from China hit by tariffs 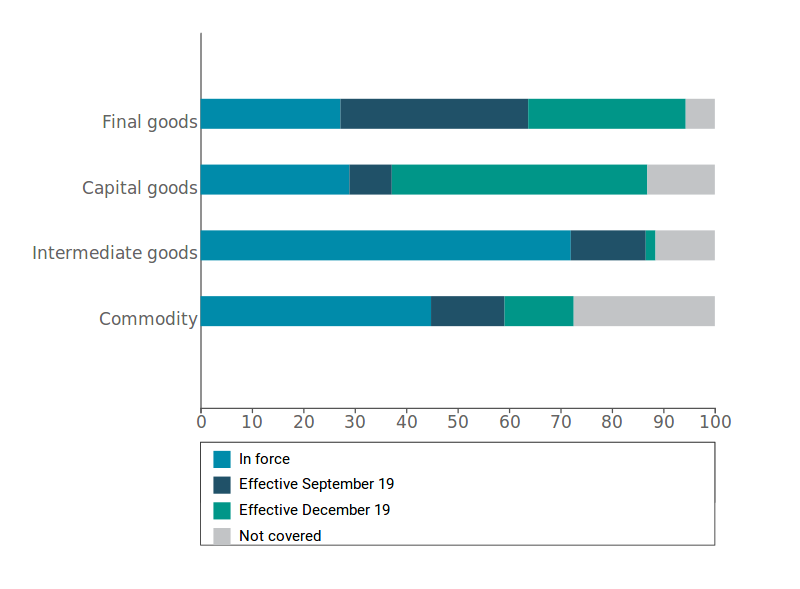 As evident from the graph, the recent tariff action in force since September 1 will mainly affect final goods, largely excluded by the previous tariff actions. Among all sectors, outwear products, household goods and ICT tools and equipment are the hardest hit.

Fig. 2: US imports from China subject to September 2019 tariffs 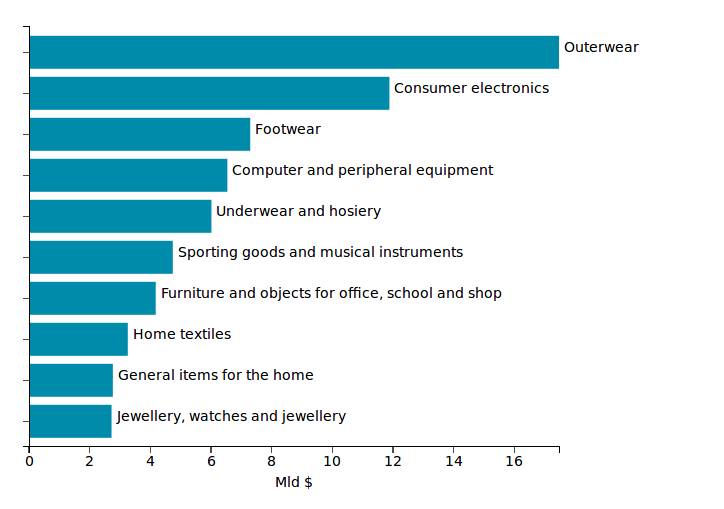 September tariff action focused on the fashion and home sector, along with televisions, sound systems and video cameras; on the other hand, the December list calls for more massive action on mobile phones, now still exempt from tariffs, and computer. The rates in force since December will also affect items typically purchased near Christmas festivities, such as toys and Christmas decorations.

Fig. 3: US imports from China subject to December 2019 tariffs 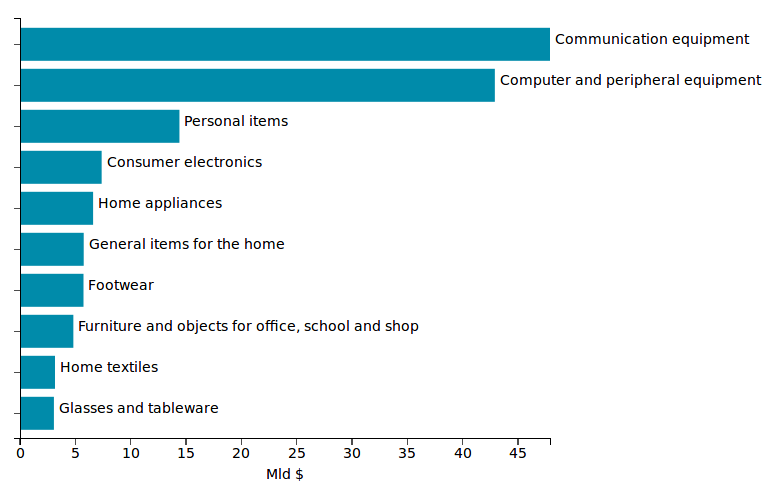 Chinese government's response to US tariffs was moderate. Starting from September 1, Beijing has increased the rates already in force on $30bn of US imports, while an extension of the basket of American goods subject to duties will start only from December 15, for a total value of about $45bn. Many commentators believe that this move can foster dialogue between the two fronts. Nonetheless, the US-China trade war outlook still remains highly uncertain, given the hardly predictable actions of the Trump administration [2]. Consequently, threats on the global growth and international trade are becoming increasingly considerable.