Latin America: exchange rate dynamics in the first half of 2019

Brazil’s reforms are on hold; Mexico gives in to Trump; Argentina is still threatened by inflation.

Mid-2019: time to take stock. How have been currencies doing in the first half of 2019? In this article we will focus on Latin American - in particular on Brazil, Mexico and Argentina, the 3 major economies of the area.

The analysis of the Brazilian Real shows the presence of a weakening phase against the dollar at the beginning of 2019 (-6%), and then a recovery starting from the end of May. 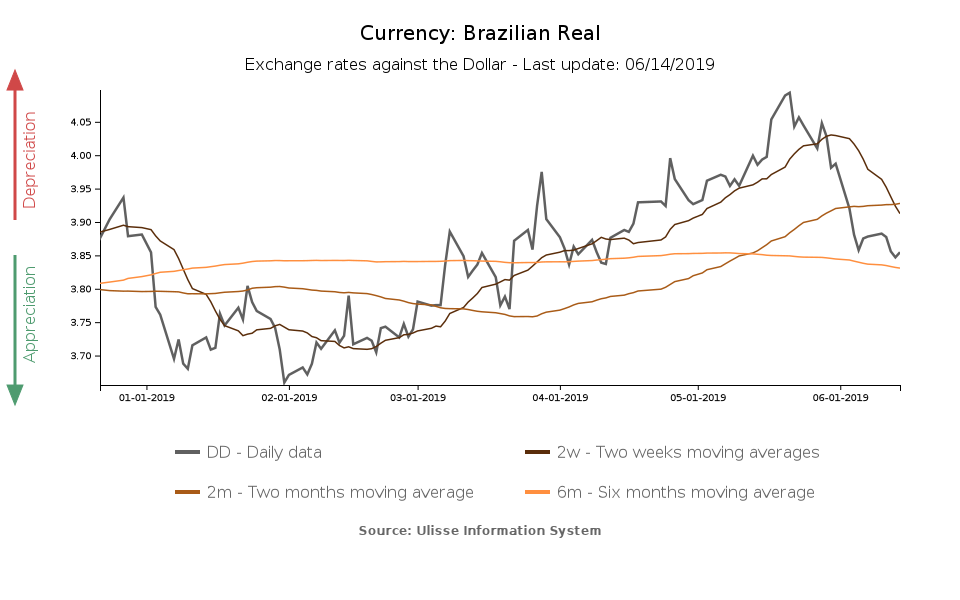 These dynamics fit into the framework of Bolsonaro’s first year in office. One of his key election promises was the social security reform, a necessary step towards fiscal consolidation and economic recovery. The political discussion on the subject, now underway for months, has created an inevitable climate of uncertainty, which doesn’t benefits neither the Brazilian economy nor its currency. If the social security reform will pass, the Real could strengthen, boosted by market confidence. As a matter of fact, markets seem to appreciate the considerable savings that the reform could entail.

Since the beginning of the year, Mexican Peso has shown just some minor fluctuations against the dollar. The most significant fluctuations occurred between the end of May and the beginning of June, following Trump’s announcement of new tariffs (5% tariffs on all goods coming from Mexico), starting from June 10.
As it is doing with China, also in the case of Mexico the American administration has unleashed the tariff weapon in the political negotiation. In this case, the goal was to push Mexico to act more firmly against the problem of illegal immigration on the US-Mexico border.

The prospect of sanctions in a country like Mexico, which exports more than 70% of its goods to the US1, has caused fears recorded by the currency in real-time: from May 31, the day of the announcement, to the following Monday, the Peso has lost 3.3% of its value against the dollar. 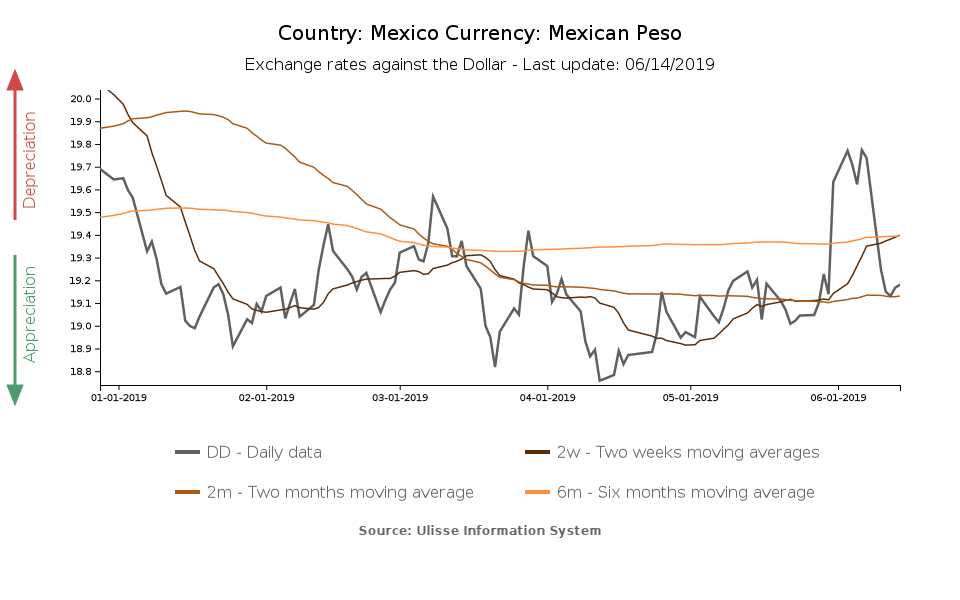 Given the strong dependence of the Mexican economy on the US, the government led by López Obrador has shown flexibility and met American requests. On June 8, an agreement was reached in order to avoid the introduction of tariffs. The Peso has therefore breathed a sigh of relief and recovered from the fall of the previous days.

Turning to Argentina, the third largest economy in Latin America, we find a more critical situation, as regards currency and economy as a whole. The country does not seem to have emerged from last year’s crisis: GDP is expected to decrease by 1.2% in 2019, after the 2.5% contraction recorded in 2018.
The country’s biggest problem is still inflation , which grew by 3.1% in May, bringing overall year-over-year inflation to 57.3%. In this context, the weakening of the currency is inevitable: in the first 4 months of 2019 the Peso lost more than 20% of its value compared to the greenback, and has stabilized since May. 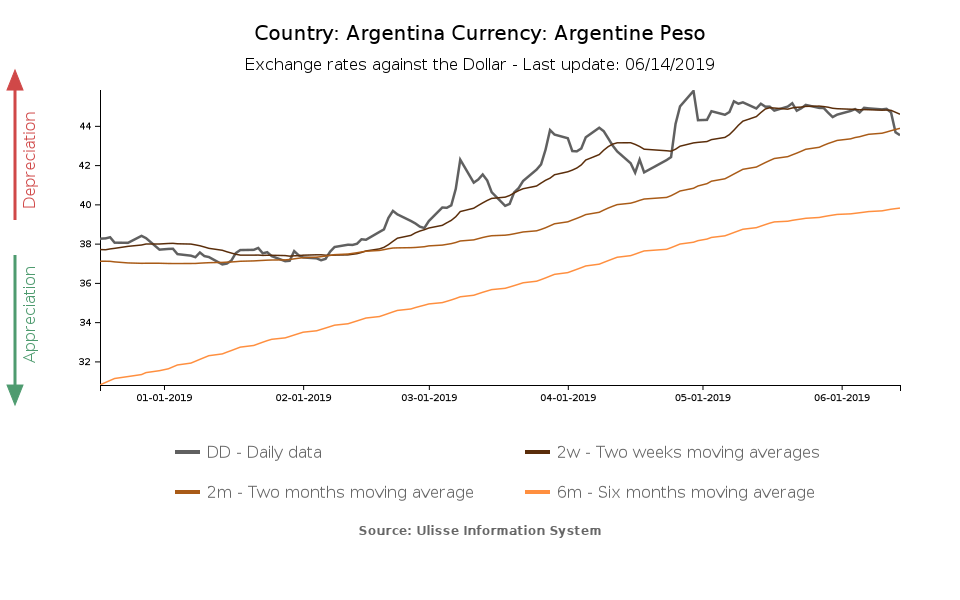 A recent event that caused a slight recovery of the Peso was the choice, announced by the current president Macri, of Miguel Pichetto as his vice-president in the October elections run. Pichetto is currently part of the moderate opposition faction, and this move could expand the president's center-right electoral base, increasing his chances for re-election.
The dynamics of the currency shows that markets appreciate this choice, since it reduces Cristina Fernandez de Kirchner's chances of winning. Her political line is in fact seen as a danger, since it could mark the end of the path of reforms started by Macri in the last years.