Industrial excellence of Southern Italy: the case of the province of Bari

Mechanical supply chain and ICT is a winning combination

In the first part of the new year, the growth of exports of Southern Italy suffered a slowdown, as written in a previous article Export performance of Southern Italy. However, one of the districts that reported a positive trend was the province of Bari, which registered a y-o-y growth of 8%. The positive result was determined byengineering sector, a figure of absolute importance considering the slowdown that has affected the engineering exports on national level. 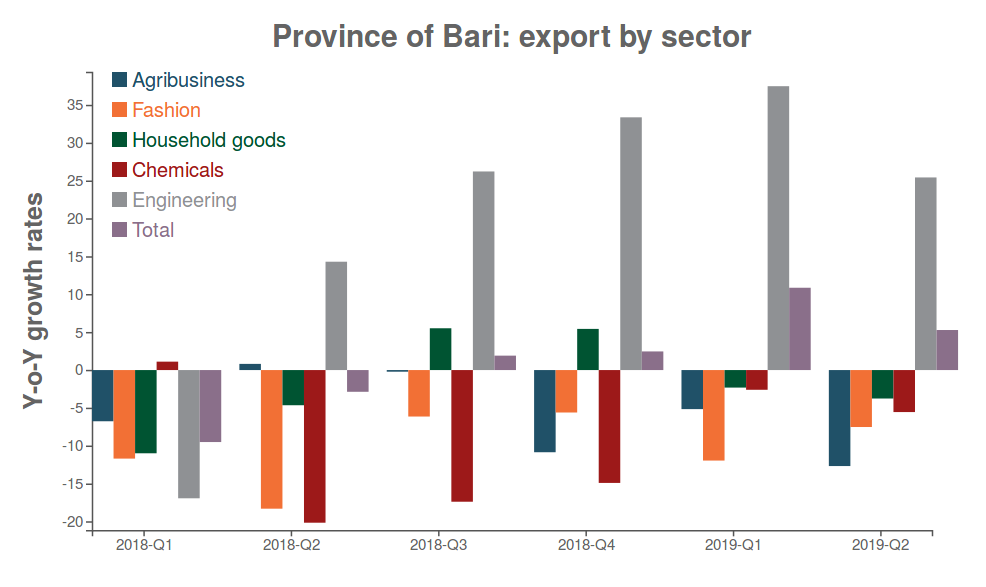 The growing success on the foreign markets of the engineering exports of the province of Bari is due to the presence on the territory of the mechatronic district. Although it is not easy to delineate the boundaries of the sector's exports, being the result of a combination of mechanical and electronics, and for this purpose functional to different productive sectors, the Apulian mechatronics has as its most relevant uses the automotive sector, to which however the biomedical, aerospace, rail and oil & gas sectors are associated.
In fact, looking at the composition of the metalworking exports of the province, these are made up largely of automotive components, but also extends to general-purpose machinery and special, as well as telecommunications and measurement tools. 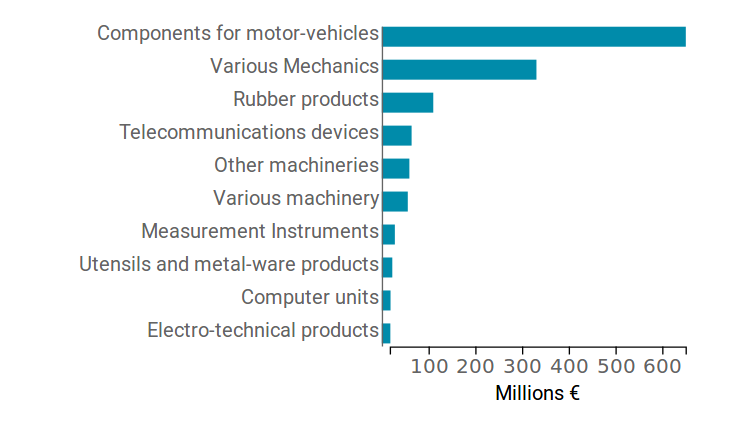 The plurality of directions of use as well as the strong innovation that distinguishes the province's exports are the basis of the success recorded in foreign markets in recent years. In fact, the Apulian district was born with the aim of enhancing innovation, providing for a direct integration between human resources training, small businesses in the supply chain and multinationals with a strong spending power in research and development. The theme of research is an absolutely central theme, being the main driver of innovation. A significant boost to the district's export trend occurred in fact after 2015, when more and more considerable funds were allocated to industrial research within the "Puglia Sviluppo" project. 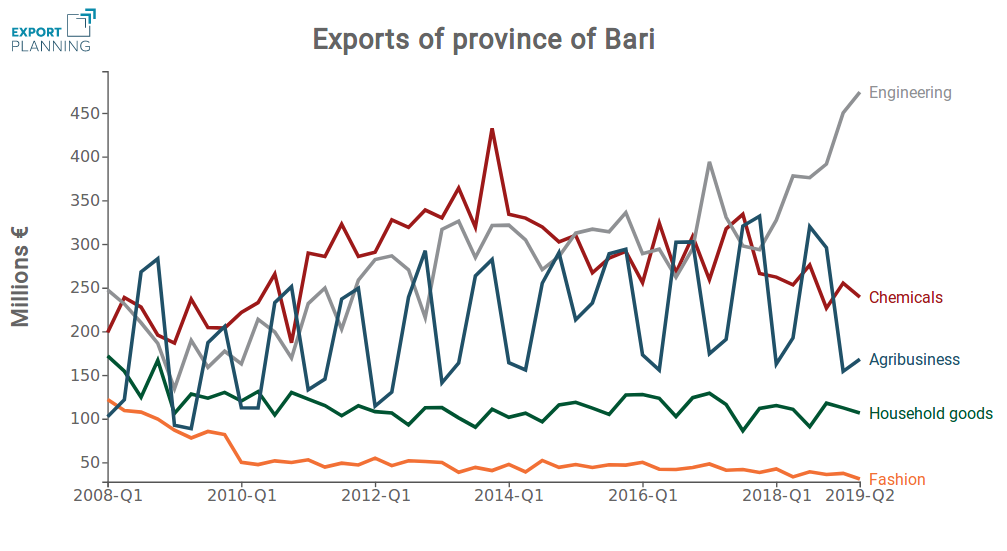 The district of the province is therefore a case study of considerable interest because it shows the existing potential of the synergy between the formation of human resources and industrial fabric, and the possible future of Italian mechanics.

By 2022, all major segments of the sector had recovered to pre-pandemic levels, thanks to the presence of several BLOC markets (BLue OCean) [ Read all ]