The country's monetary policy strategy is beginning to show its limits, with the threat of a new currency crisis

In the last few days, the Turkish lira has returned to the financial spotlight. In this article (May 2020) we described the first impact of the Covid crisis on the Turkish currency, when the pressure posed by the health shock, combined with the country's structural economic weaknesses, took the lira beyond the psychological threshold of 7 per dollar. Subsequently, with a generalized reduction in risk aversion, the consequent weakening of the dollar as a safe-haven currency and the support interventions of the Turkish central bank, the exchange rate managed to recover from its emergency levels, remaining stable between June and July, as can be seen from the graph below.

It is, however, common opinion among financial analysts that this recent stability is not the result of the natural dynamics of market supply and demand, but of significant interventions from the Central Bank of the Republic of Turkey (CBRT), aimed at containing the depreciation - a strategy which, however, is not sustainable in the long term in the face of an erosion of its resources.
In fact, in the last few days a break can be noticed, with a surge in the lira's exchange rate against the dollar, from 6.85 lira per dollar on July 27 to the proximity of the threshold of 7 lira per dollar today (-1.8%), despite the current dollar weakening. The withdrawal of the greenback helped most EM currencies to recover from their Covid-related depreciation, while the Turkish lira is one of the few to have confirmed, in the period April-July, the weakening trend shown in the first part of the year.
The reversal of the trend observed in recent days has led many observers to suppose a scenario of FX shortage, which is causing the central bank to relax its support strategy.

Although CBRT data on FX reserves are only available till June, they signal the presence of a significant erosion in recent months. Foreign exchange reserves stood at $45.8 bn in June, from nearly $75 bn in January, after a substantial stability during 2019. It can be reasonably assumed that in July this value continued to fall, in order to support the exchange rate stability observed until a few days ago. 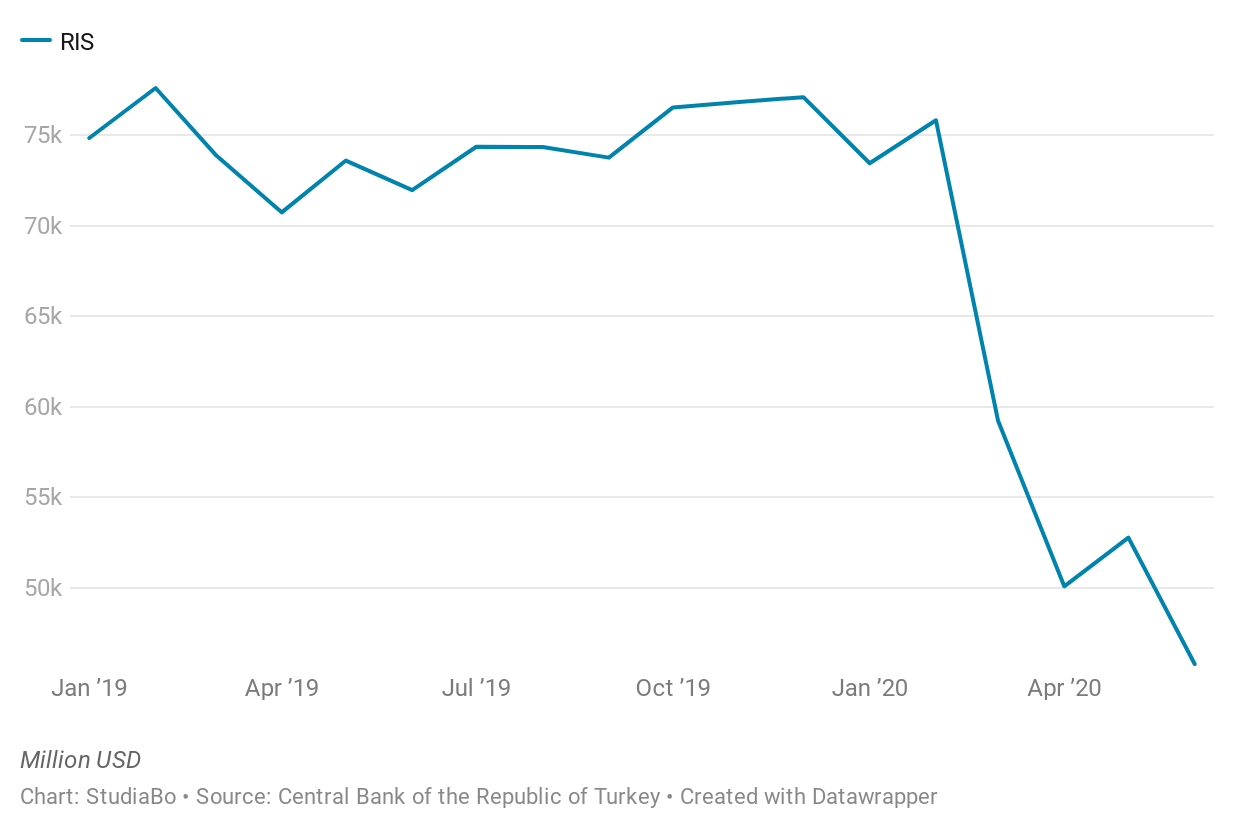 The weakening of the exchange rate signals the non-sustainability of the Turkish monetary policy strategy, strongly supported by President Erdogan, which focuses on maintaining low interest rates when, according to more orthodox economic theories, the economic system would benefit in such a context from higher rates, which could more easily contain the depreciation of the currency. At present, the monetary policy reference interest rate remains unchanged at 8.25% since May; considering a 12.6% inflation rate in June, accelerating from the previous month, the real interest rate is therefore falling even further into negative territory, an element which is clearly not attractive for investors.

The main risk for Turkey in this context is the possibility to end up in a new balance of payments and currency crisis. For Turkey, the Covid crisis has entered an already weak economic context, generating a strong contraction of tourism, an important source of foreign currency for the country, as well as capital outflows: according to CBRT data, the stock of portfolio securities (equity, government and private sector bonds) held by non-residents has decreased from almost $50 bn in January to just over $30 bn at the end of July.
Both factors therefore promote a widening of the current account deficit, a factor that in turn weighs on the exchange rate. 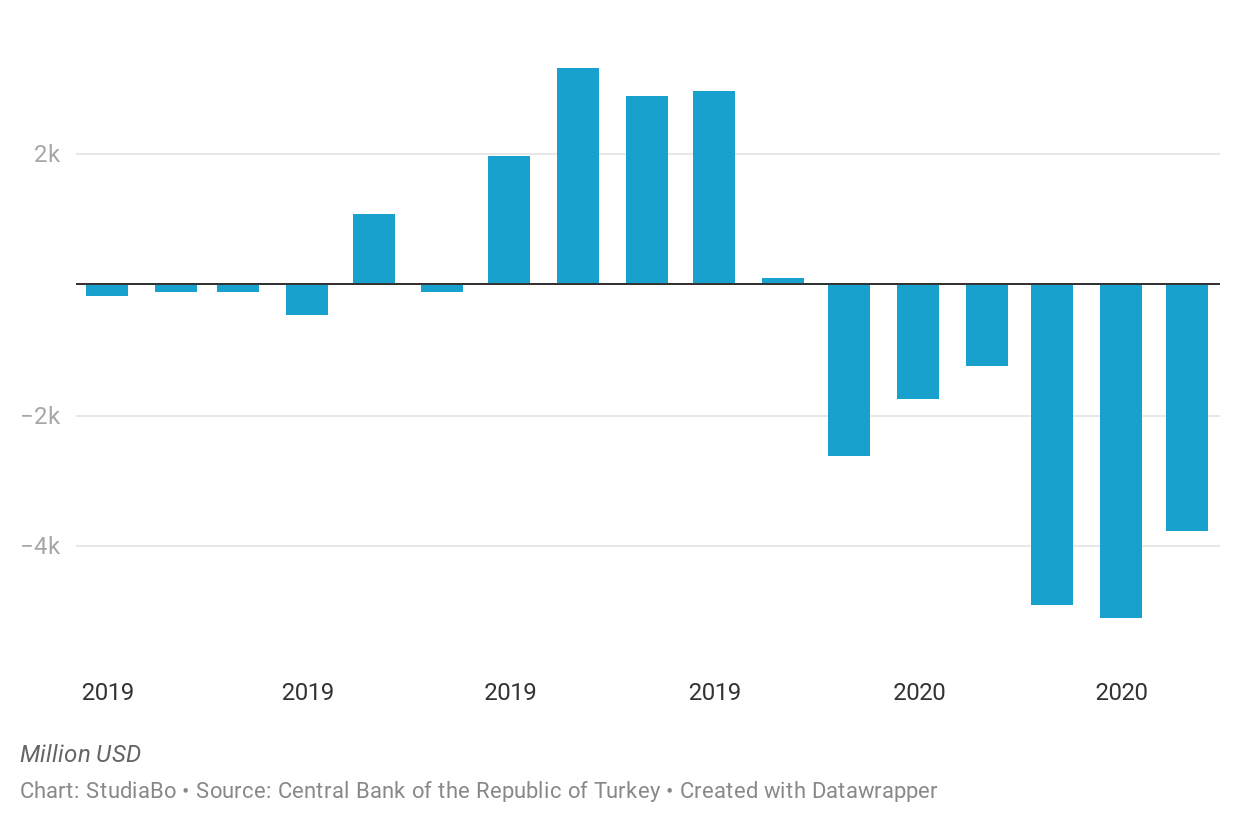 As can be seen from the graph above, a deterioration in the country's current account balance can already be seen from the end of 2019, but this trend shows a relevant acceleration with the start of the Covid crisis. Some elements that could help the recovery of the current account balance in the coming months are the slow recovery of exports and the current low level of commodity prices; nonetheless, the alert level remains very high.