A Global Recession Caused by Trump?

In recent days, the World Trade Organization (WTO) has published the August update of its World Trade Outlook Indicator (WTOI [1]). The index recorded a further decline compared to the already low level recorded in H1-2019, signaling how world trade is still experiencing a phase of stagnation or even decline. 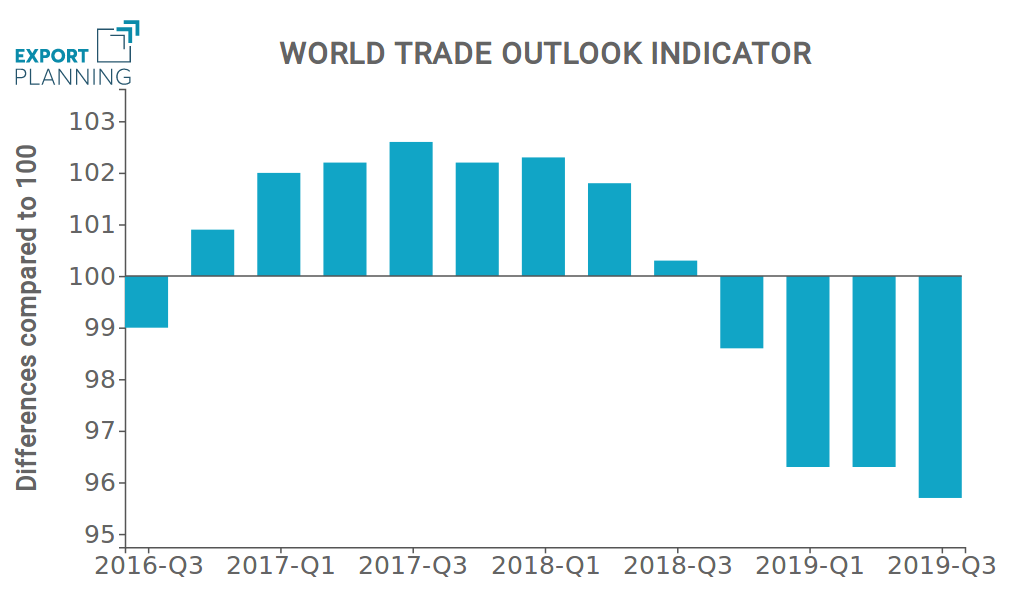 Recent news on the world economy had already created expectations of continued weakness in world demand, if not further deterioration. The update of the WTOI indicator reinforces these expectations. The weakness of purchases of, above all, intermediate goods (raw materials, semi-finished products and components) and capital goods for industry from abroad, suggests that the determinant of the current negative global cycle is the high level of uncertainty on economic policy actions.
The following chart shows a measure of global uncertainty, updated to July [2]. 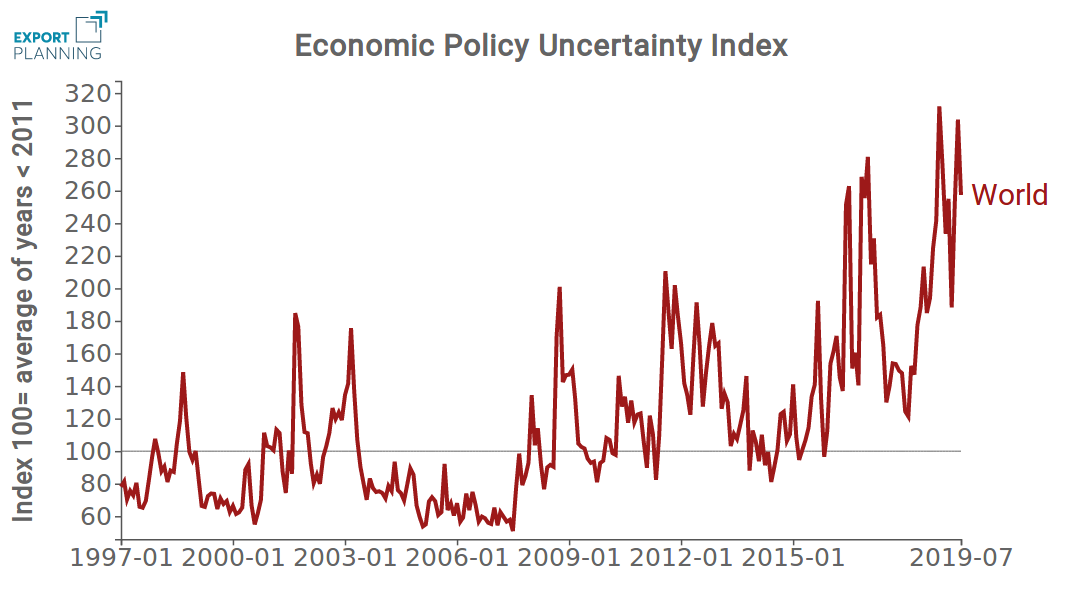 As evident from the graph, uncertainty about the political actions of various governments has never been as high in this century as in 2019. Certainly phenomena such as Brexit, the currency crisis of some emerging countries, tensions between Sovereignists and Europeanists within the EU and the Hong Kong crisis have significantly affected the economic cycle. But the dominant factor arguably has been the trade war triggered by the Trump administration: not so much for its contents, but rather for the ways in which it has been and is managed, with continuous changes of intensity, fronts and objectives.
In our view, if in the coming months the Trump administration's actions will continue to adversely affect the chances for a global economic recovery, it is likely that, in November 2020, President Trump will receive a clear message: "It's the economy, stupid!".

New US sanctions on Russia: what impact on the ruble?

Faced with a 200 basis point rise in the key interest rate, the Erdogan administration breaks with monetary orthodoxy and replaces the new central bank governor [ Read all ]

How Marketing Mix Strategies can Change through the Product’s Lifecycle

The impact of Brexit: from the CE to the UKCA mark

New US sanctions on Russia: what impact on the ruble?