A pension reform, at last.

After a period of relative stability, in the last week the Brazilian real entered a new phase of fluctuations against the dollar. 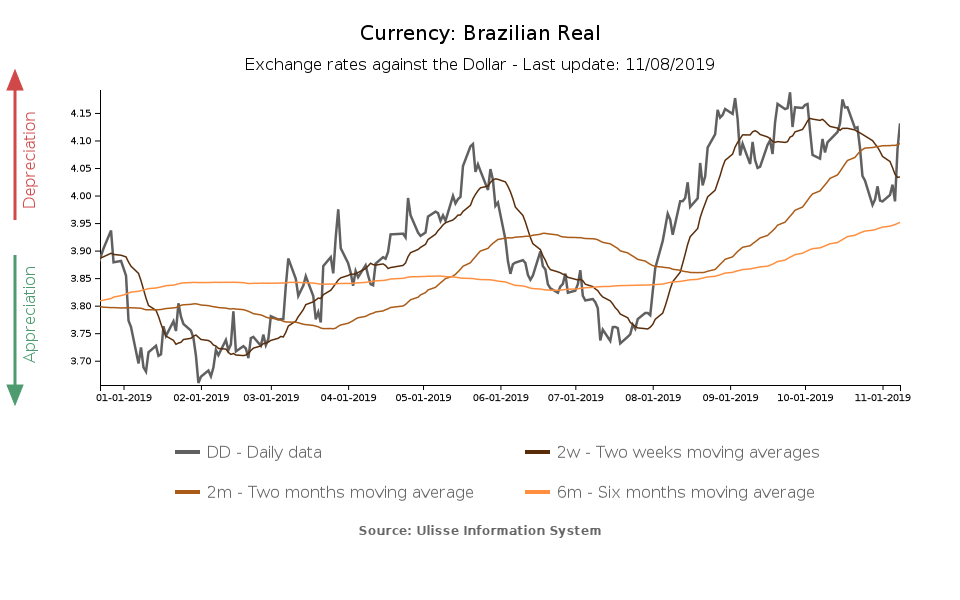 As you can see from the graph, the currency moved in opposite directions in a few weeks time:

Currency fluctuations, mainly related to contingent events, are part of a wider picture of economic recovery, and yet substantial weakness. Although positive, GDP growth does not proceed at a sustained pace: +0.5% in Q1-2019, +1% in Q2. According to forecasts by the Banco Central do Brasil, Brazilian economy is expected to keep on growing in Q3, while an acceleration is expected to take place in the coming quarters.
In turn, inflation shows a weak dynamics: it has been slowing down since spring, and it is now below the 4.25% target set by the central bank. 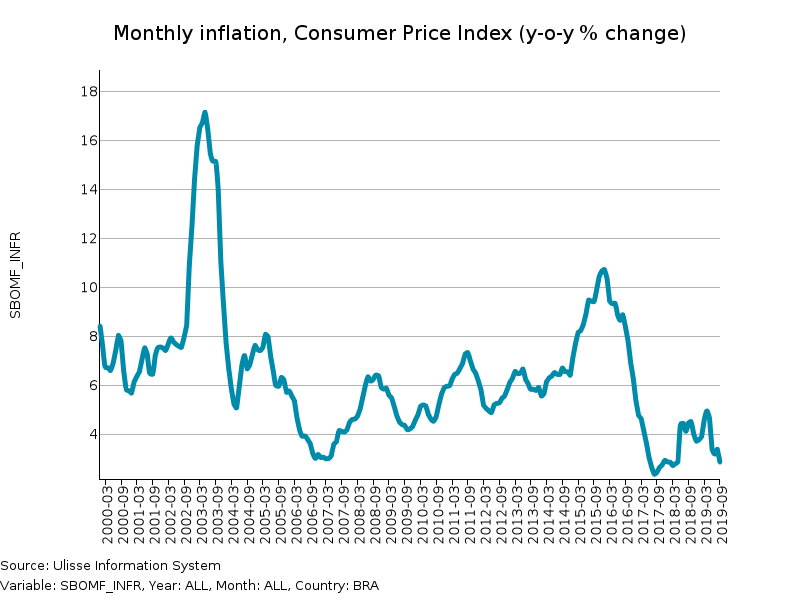 Nonetheless, analysts express moderate optimism about the prospects of the Brazilian economy. This outlook is supported by the general accommodative climate in terms of monetary policy, which is good for emerging economies, and the expected improvement in the fundamentals of the Brazilian economy, if the Bolsonaro government will succeed in carrying out structural reform projects.
According to the central bank, uncertainty lies in:

In the framework just described, the Central Bank of Brazil has therefore deemed appropriate to cut its reference interest rate (Selic) for the third time in a row on October 30, to 5%.

What about the rest of Latam?

Although the economic situation in Brazil is not among the best, all in all it looks more encouraging compared to several other Latin American countries. A few weeks ago we described the situation of Argentina, which is still in the grip of the crisis. As regards Chile, the country has been plagued for weeks by popular protests, mainly linked to growing anger due to strong social inequalities. As for Mexico, latest economic data show that GDP has contracted in Q3-2019 (-0.4% y-o-y): it looks like the first year of López Obrador's presidency is not closing under the best auspices.