Inequality in the distribution of wealth, no longer mitigated by high economic growth, is undermining social peace.

As well as Hong Kong, which we discussed a few weeks ago, Chile has recently been shaken by violent street protests. Unlike the Hong Kong dollar, which was not affected by the impact of the riots thanks to its peg to the US dollar, the Chilean peso reflected the escalation of tensions, and then partially recovered its losses thanks to the intervention of the central bank.

Until a few months ago, Chile was considered one of the most stable and virtuous countries in Latin America. Since the end of Pinochet's dictatorship in 1990, the country enjoyed political stability and economic growth under the sign of market economy. The share of the population in poverty fell from 30% in 2000 to 6.4% in 2017 (source: World Bank). 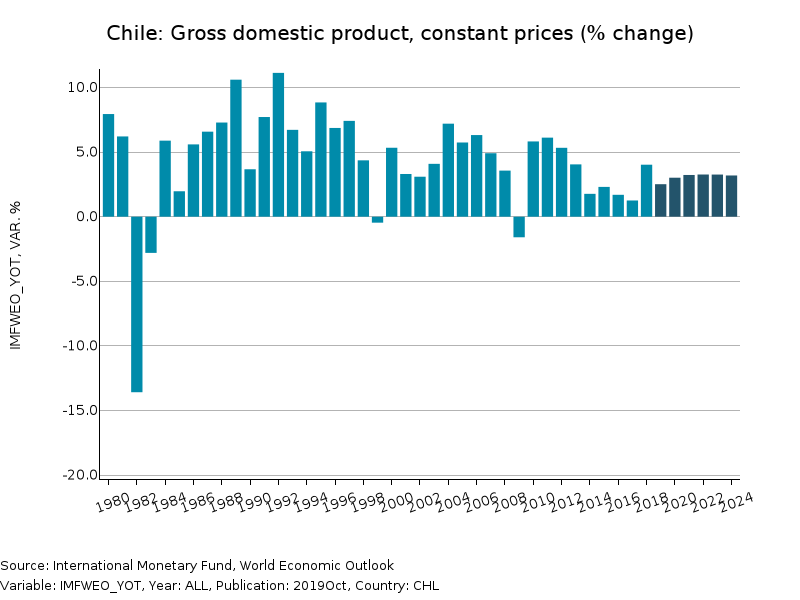 Furthermore, although the country boasts the highest GDP per capita among Latin America largest economies, it is plagued by inequality in the distribution of wealth: among OECD countries, Chile ranks third for income inequality, preceded only by Costa Rica and South Africa2.

Strong social inequalities lie at the root of the protests that broke out in Santiago on October 18; moreover, demonstrators complain about unequal access to public services and the inertia of the political system in responding to their needs.

In the face of violent protests, which caused deaths and injuries, the government led by Sebastián Piñera took some steps to meet protesters' demands. In particular, the government committed to increase public spending in 2020, in order to finance pensions, healthcare and minimum income, and to hold a referendum on April 26 to decide on the possibility of drafting a new constitution.

The impact on the economy and the peso

The Chilean economy has inevitably suffered the repercussions of social unrest, which penalized both consumption and investment. Household and business confidence fell, while economic activity contracted by 3.4% in October and 3.3% in November (year-on-year)3.

On the other hand, the Chilean peso suffered an initial depreciation and then recovered. 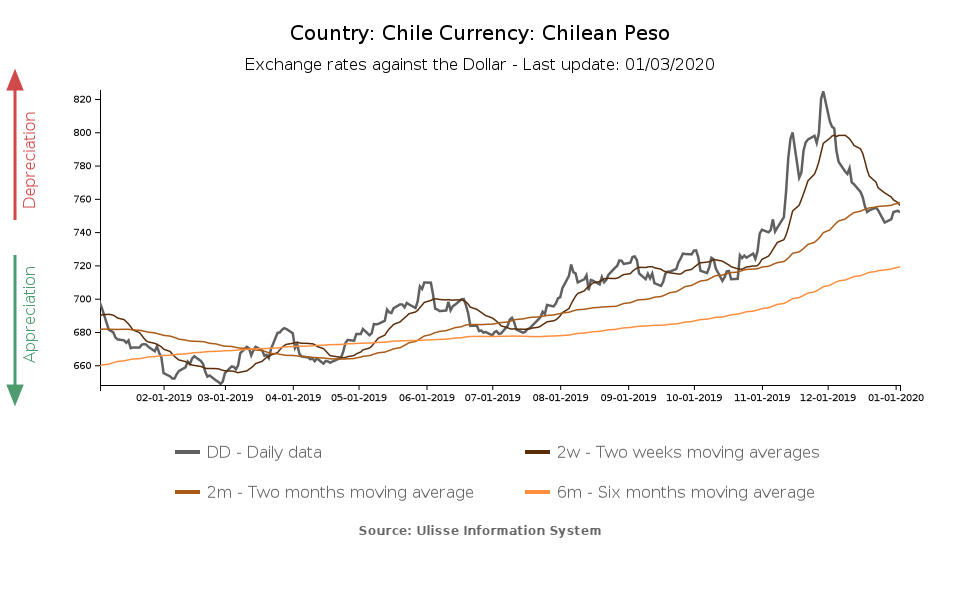 As can be seen from the graph, the peso weakened by 12.4% against the dollar between October 18, when protests broke out, and mid-November, when the congress accepted one of the protesters' key demands and granted a referendum on the possibility of a new constitution. In a few days the currency recovered 3.4% of its value against the dollar, only to weaken again in the following weeks.
On November 28, the Banco Central de Chile announced its imminent intervention on FX markets, calming the volatility of the peso. Over the past month, the peso has recovered 8.8% of its value against the dollar.

On the monetary policy front, the central bank decided not to intervene, leaving the reference interest rate unchanged at 1.75% at the beginning of December.

The current phase of unrest has increased the uncertainty about Chile's short-term prospects. The key to future developments will be the government's ability to address the causes of the discontent: its failure on this front would inevitably penalize the country's growth prospects.

As has been mentioned several times, the last meeting of the Federal Reserve brought a new wind to the financial markets, causing a change of course in the dynamics of the exchange rate of the greenba}... [ Read all ]

Focusing vs diversification: a case study