During the pandemic year, global demand for agricultural machinery entered a new phase of growth

In the annus horribilis, global demand for Agricultural Machinery seems to have found a new phase of growth, overcoming the difficult trajectory that had characterized the sector during 2019 and the most critical months of the health emergency (see chart below). 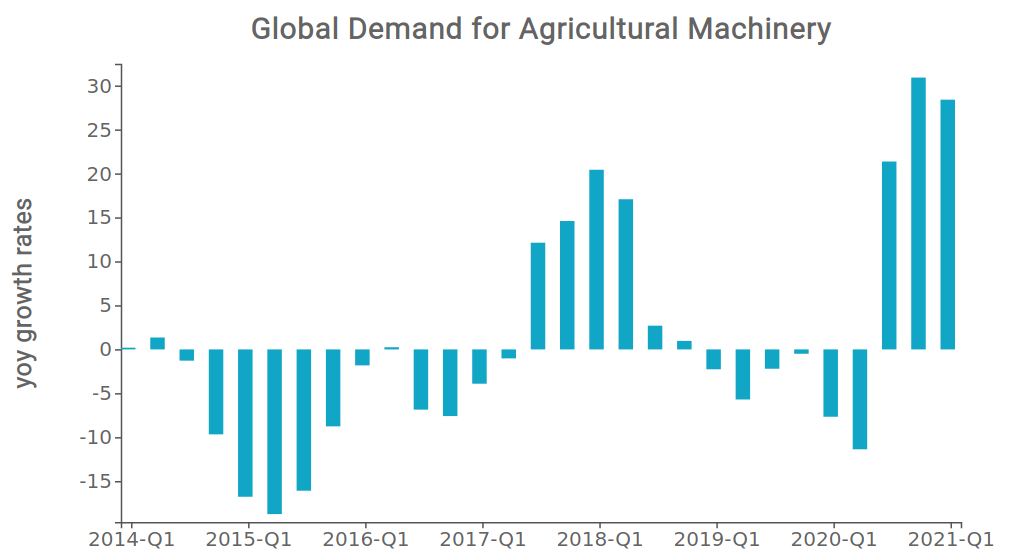 After closing 2019 in negative territory, in the first six months of 2020 the global trade of Agricultural Machinery had suffered a -10% drop in dollars, which was however followed by a phase of significant growth. In fact, the broad rebound marked since the summer months allowed the sector to close the pandemic year with an overall growth of 6%, compared to the -17% decline that instead affected the macro-industry of Transport Equipment.
Moreover, data for the first quarter of 2021 confirm a further strengthening of this trend, recording an increase of more than 25% on a trend basis and 18% when compared to the values of the first quarter of 2019.

The growth in demand for agricultural machinery is diffuse, and involves many developed countries and several emerging economies. Considering the cumulative figure for the last four quarters, the map below shows at a glance the geography of the markets that have shown the greatest increases in absolute values over the last period.

Agricultural machinery: map of the main markets by absolute increase recorded in the last 4 quarters 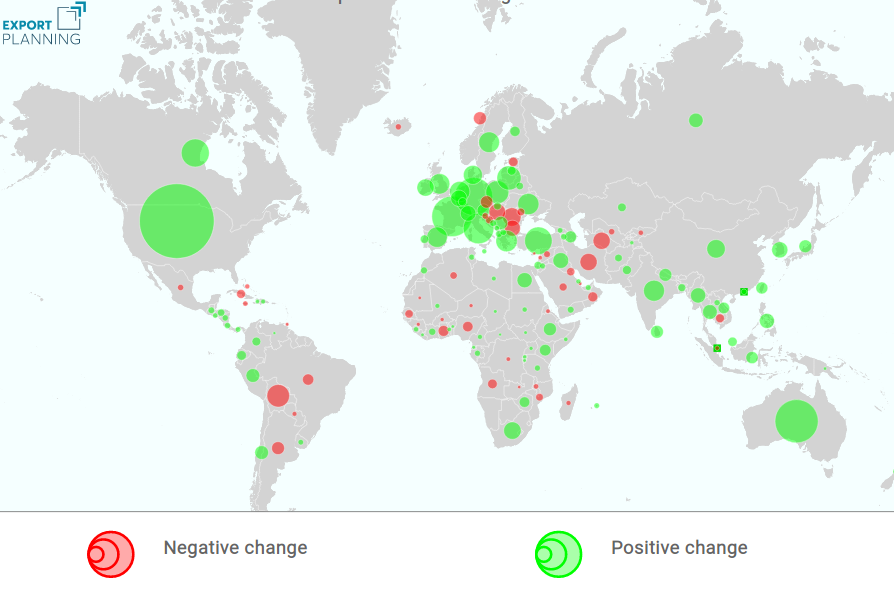 The growth recorded by the block of the main Western markets is evident, among which the performance of the United States, the leading importer of agricultural machinery on the international scene, stands out: in the last four quarters the market has recorded an overall increase of over 2 billion dollars.
The growth of all the main European markets was also particularly intense, such as France (+586 million $) and Germany (+514 million $). A specific mention deserves, moreover, the strong dynamism that is characterizing the Greek and Turkish markets; in fact, the latter seems to be progressively recovering the slump suffered after 2017.

In the Asia-Pacific area, it is Australia that marks the most significant increase (+$680 million) given the size of the market. However, over the last few quarters the Indian market has been particularly dynamic, although the recent resurgence of the virus introduces several critical elements regarding the prospects for the sector in the coming months.

However, the strong demand is accompanied by an increasingly fierce competitive environment, which has seen a progressive reduction in competitive positioning of the main Western exporters in favor of China. The graph below shows the share of world trade held by the main players in the sector: the United States, France, Germany, Italy and China. 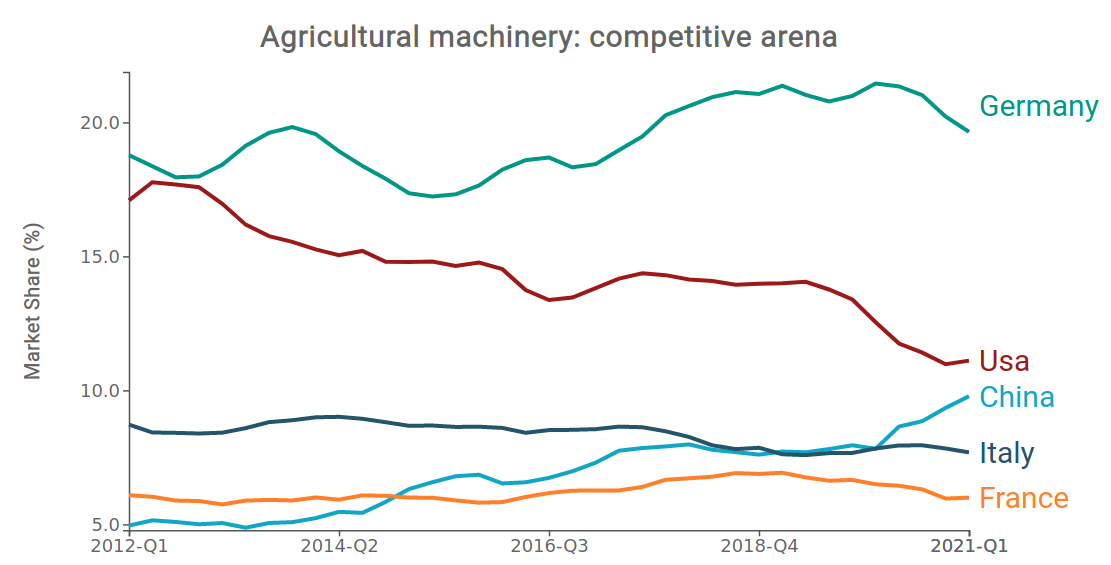 Over the last quarters it is visible an increased relevance of the Asian partner, against a widespread loss of competitiveness, mirroring the greater resilience of the Chinese industry.
The post-Covid scenario of the Agricultural Machinery industry is therefore favorable, but with an increasingly contestable world demand.