Over the past decade, the nutraceutical industry has experienced a rapid growth. In particular, the term nutraceutical refers to the combination of nutritional and pharmaceutical goods. These products, in most cases of natural derivation, perform a beneficial function on the body, with the aim of responding to the new health needs linked to the aging of the population - and the direct increase in diseases and metabolic - and, more generally, to the greater importance attributed to health and physical well-being that has being developed in industrialized countries.

ExportPlanning data allows you to analyze the demand for nutraceutical products, offering a review of the most recent trends.
From 2011 to 2021, the world trade in nutraceuticals showed an average annual growth rate of 4.3% , touching, in the last year, the threshold of 210 billion dollars. 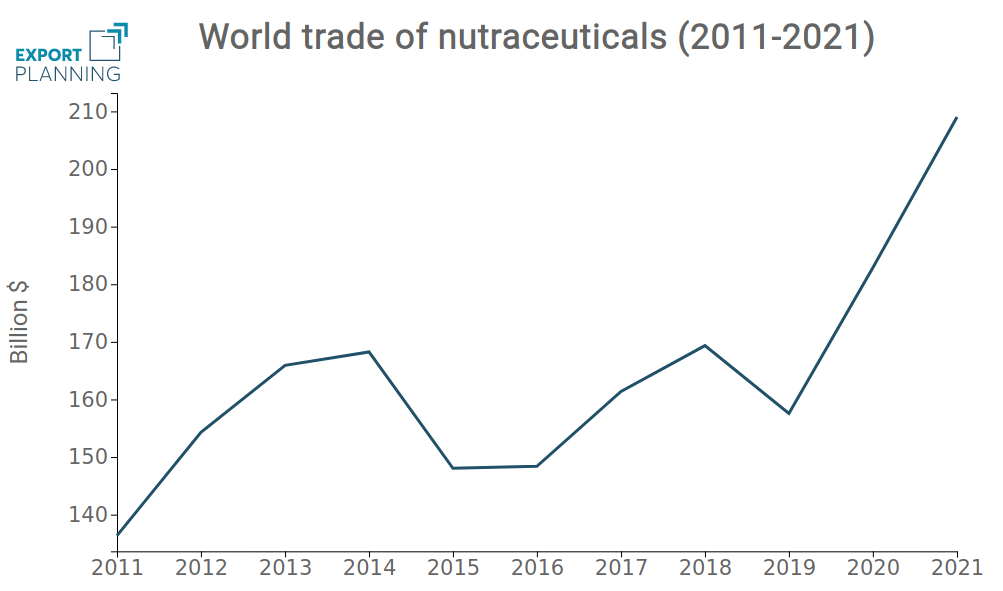 Among the main importing markets, in addition to China (68 billion dollars) and the United States (13 billion), we find Germany (12 billion), Japan (7 billion) and Italy (6 billion).

For the purpose of an effective and consistent data analysis, the sector has been broken down into three main sectors:

As can be seen from the graph below, each of the three sector shows significant growth over the last decade, placing themselves at higher levels than in 2011. However, while the trade in food supplements and functional foods has encountered a average annual growth rate of 4.8% and 4.5% respectively, phytotherapeutic drugs show a more contained increase: in 10 years, exchanges have in fact gone from $ 8.3 billion to approximately 9.1 billion.

Of the three clusters examined, that of functional foods is the most heterogeneous. In addition to typical products of the Mediterranean diet, such as virgin olive oil and tomatoes , other types of goods of natural origin are also part of the category, such as rapeseed (whose oils are rich in omega 3) and sunflowers , traded respectively for a value of 13 and 5 billion dollars in 2021. Others goods that have recently seen an increase in sales are blueberries , whose exports have reached 3.2 billion dollars, honey (2.2 billion), and ginger (1.2 billion).
World trade in functional foods has shown marked growth, especially over the last three years. As anticipated, given the relatively heterogeneous nature of the cluster, the ranking of the main exporters in the sector reflects the agricultural specializations of the different countries: among the most important we find Brazil, the United States, Canada, Australia and Russia.

In the case of food supplements and phytotherapeutic drugs, the production specialization has to be found in the Western pharmaceutical industry. Yet, surprises do not lack. In particular for the category of food supplements, made up of some basic pharmaceutical products, such as vitamins , and of finished goods, such as protein concentrates . China dominates the ranking of the main exporters in the sector, holding a market share of 35% . Furthermore, in the course of 2021, Chinese seems to have gained shares, to the detriment of the United States , which have instead seen their international role gradually diminishing. 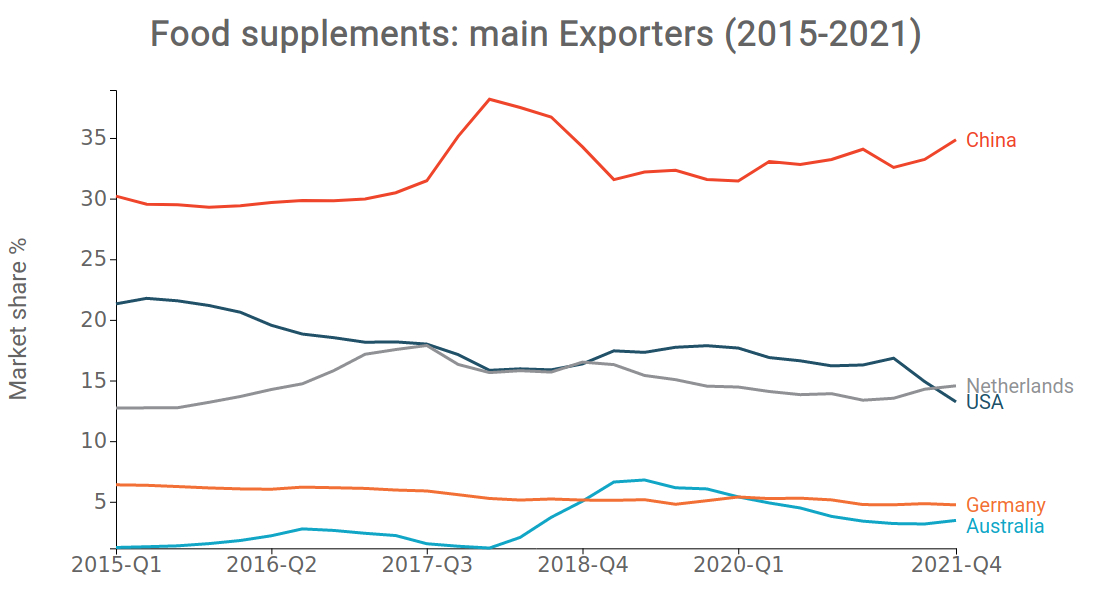 For the sector of phytotherapeutic drugs, the data instead show the concentration of production in Western countries. Despite the recent downward trend, Germany remains the main player in the sector, with a share of around 26%. 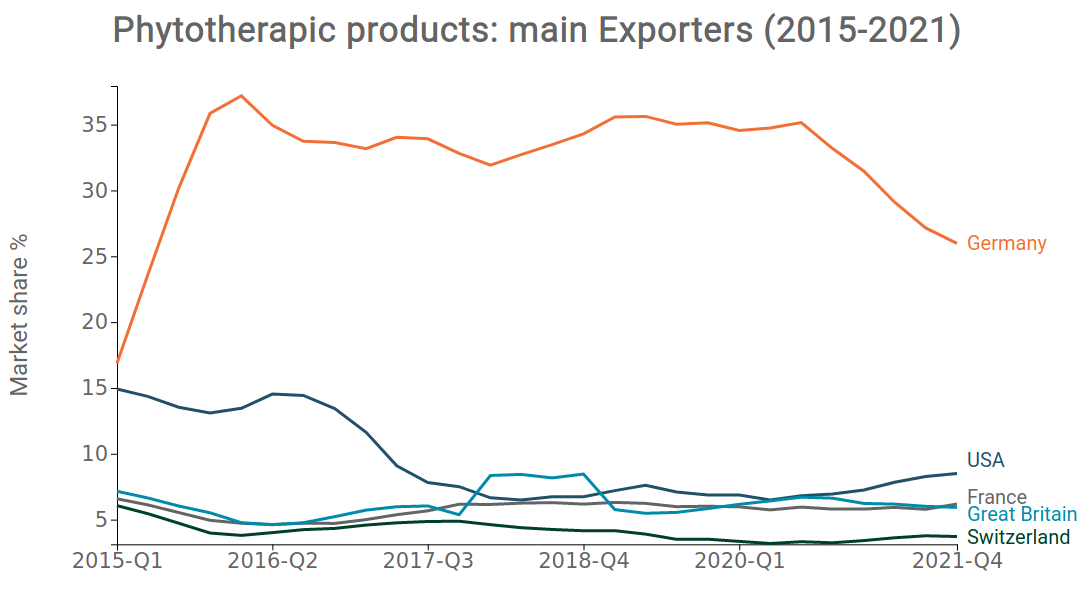 The significant growth in demand for nutraceutical products derives from the increasing attention to the issues of psycho-physical well-being and good nutrition. The nutraceutical market has indeed become a key driver for the growth of the pharmaceutical and food sector.
The response of the food and pharmaceutical industries to the new demand for health did follow suit, with the offer of new products and technologies. Considering the upward trend of its main industries, the nutraceutical sector seems to have numerous growth opportunities ahead.

On June 30, 2022, the European Union and New Zealand concluded the four-year negotiations for an ambitious trade agreement [ Read all ]