In the lighting segment, Italy and Germany do not catch the positive phase of Global Demand

The transformation of the habitual living environment in recent quarters, which occurred mainly as a result of the outbreak of the Covid-19 pandemic, has led to a gradual enhancement of home environments by international consumers, strongly supporting global demand for Home goods.
Within the framework of sustained increases that has affected the entire sector, the lighting segment has been no exception, with global demand for chandeliers and lighting in fact estimated to have marked a 16 percent higher growth in euros in 2021 than the corresponding pre-crisis levels, aligning with the overall average for the home sector. Moreover, by early 2022, although slowing, the expansionary phase does not seem to have stopped. 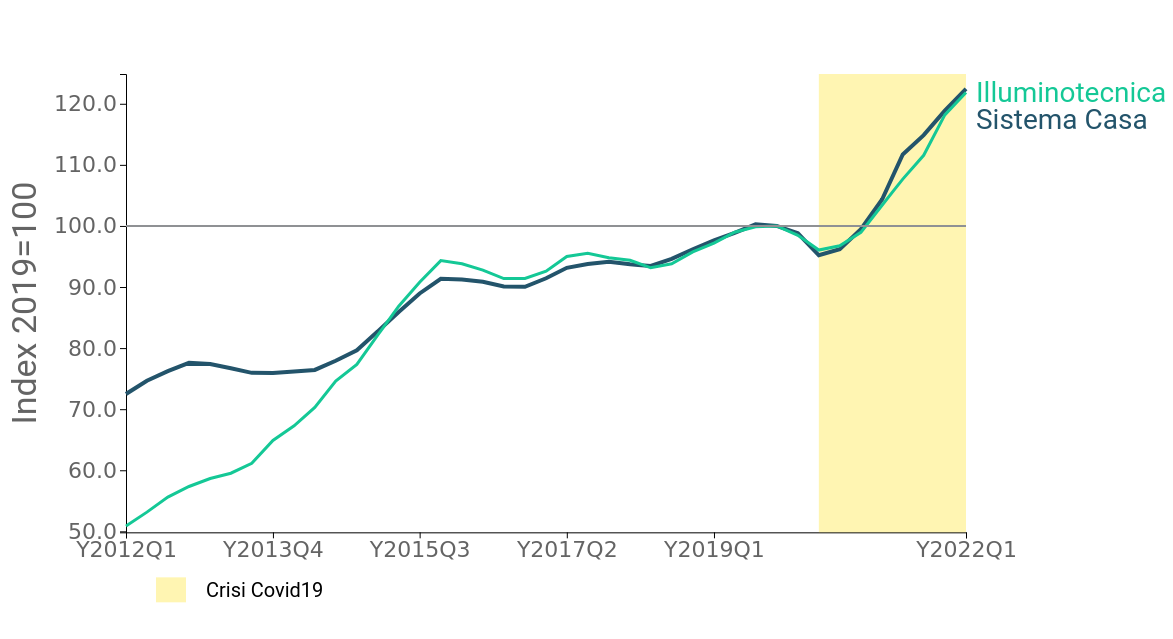 However, not all major international players in the industry have intercepted the expansive phase of global lighting demand as effectively.

For the segment, the international competitive arena is strongly dominated by the Chinese player, which holds more than 75 percent of world exports, with specialization almost entirely geared toward the lower end of the market (see Fig.2). 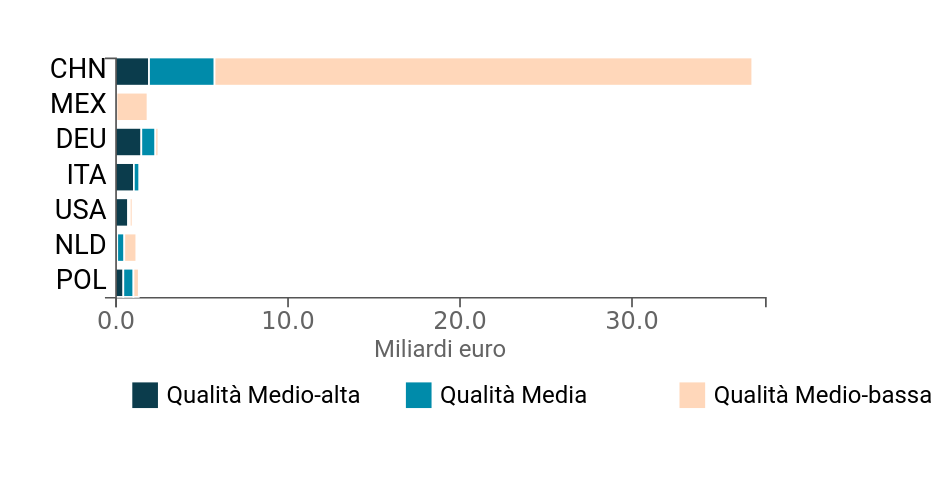 Following at a distance are the European players of Germany and Italy, which are distinguished by a composition of their exports almost entirely devoted to the high and medium-high price range, but a decidedly smaller share of the international market than the country of the Dragon, and amounting to 4 percent and 2.5 percent, respectively. Closing the rankings are the United States, the Netherlands and Poland, the latter of which has grown significantly over the past few years, testifying to a specialization in which the mid-range dominates.

Overall, although Italy and Germany's exporters hold a secure position, by virtue of the relevance of the most rewarding segments thanks to the role of light design, foreign trade data show that the two European players do not seem to have intercepted the sensible increase in world demand hoped for over the last few quarters. In fact, as Fig.3 shows, it was mainly China and Poland that supported the expansionary phase of world trade in lighting products. 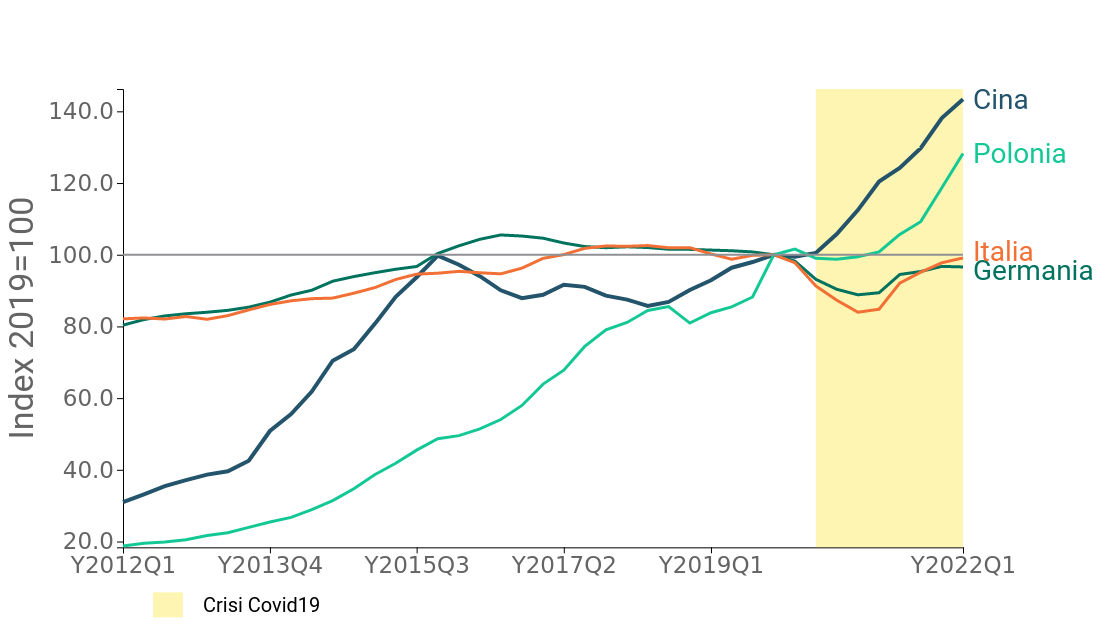 In particular, exporters from Italy and Germany appear not yet to have recovered the corresponding pre-crisis export levels, in contrast to the significant growth marked by China and Poland. The widest differences in performance have affected exports of Chandeliers and Floodlights, which together account for 70 percent of the lighting sector (Fig.4), and for which the Chinese rise appears particularly significant. 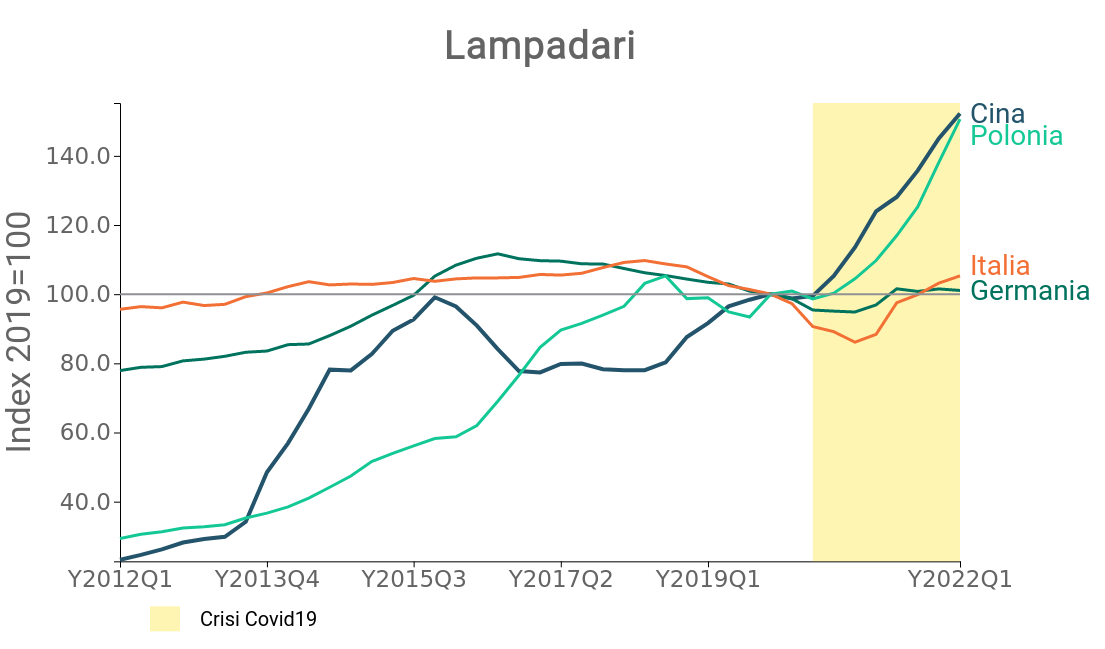 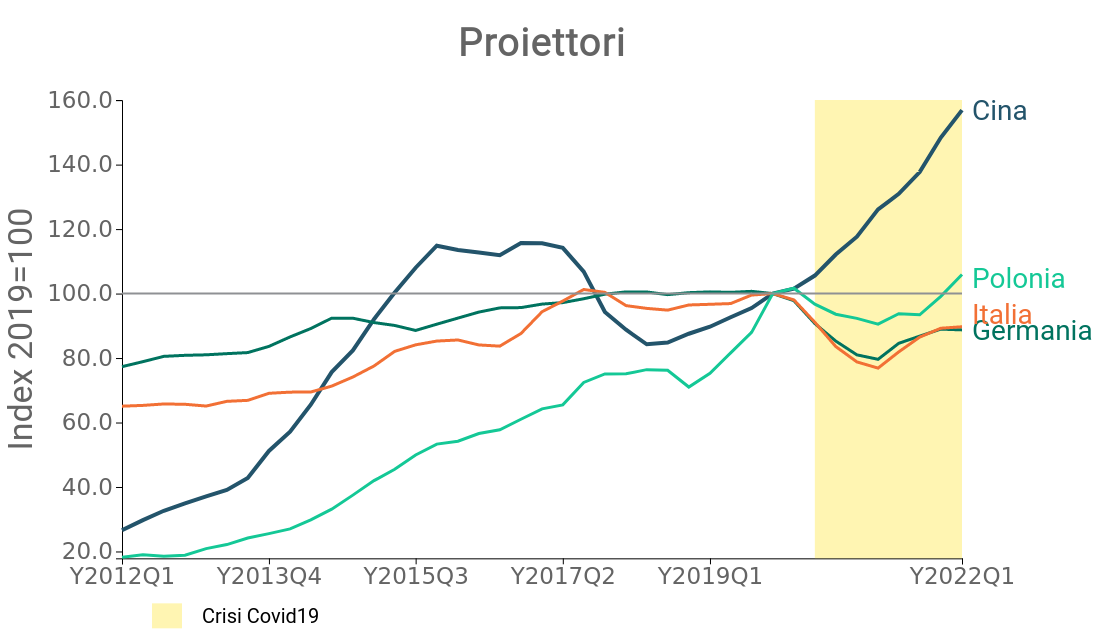 The strong German and Italian specialization on high-end segments, the difficulties of the contract segment, in a context of strong downsizing of business and personal services, have not rewarded the exports of European leaders, benefiting mainly players active on lower price segments, primarily China. The conjunctural phenomena also add to the long-term transformation that is affecting the lighting industry, with the rise of LED bulbs, of typical Chinese specialization, which have changed the previously existing paradigm. On the other hand, the increasing prominence of designer lighting as a key component in the definition of furniture could be an opportunity for companies in the segment. Given the outlook of international uncertainty, imagining that demand will remain as effervescent as it is now risks being unrealistic, but as services gradually recover, Italy and Germany could find precisely in differentiation the key to recovery, in a sector that has become increasingly contestable.