Is Vietnam in Trump’s crosshairs?

On Tuesday, the US Department of the Treasury published a new report about “Macroeconomic and foreign exchange policies of major trading partners of the United States”. The goal of the report is to “consider whether countries manipulate the rate of exchange between their currency and the United States dollar for purposes of preventing effective balance of payments adjustments or gaining unfair competitive advantage in international trade”. At the moment, no country has been labelled as a “currency manipulator”, but the monitoring list has included new countries. Among these, Vietnam seems particularly vulnerable.

As a matter of fact, in the current trade war context Vietnam shows several points of concern for the US administration: 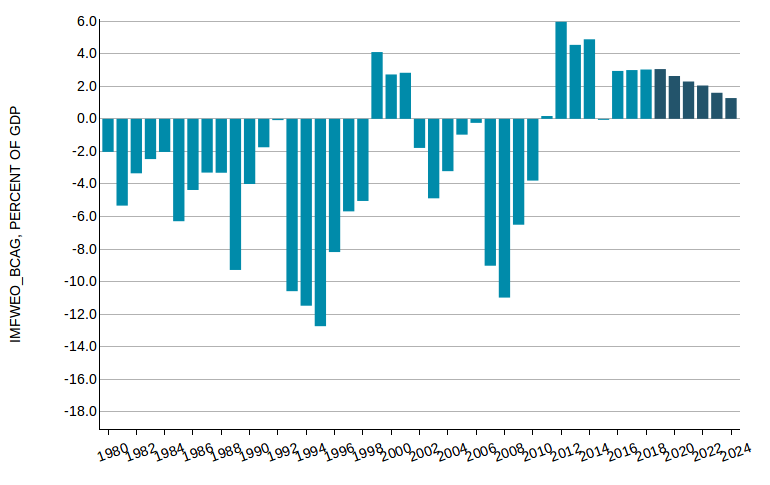 The purchase itself of foreign exchange reserves is not condemned by the US, since Vietnamese stock remains below standard adequacy metrics; on the contrary, the US condemn the support of the Dong carried out by the State Bank of Vietnam (SBV). The US Treasury therefore invites the SBV to limit its intervention and let the exchange rate appreciate, in order to reduce Vietnam’s external imbalances – first of all, its trade surplus with the US.

Vietnamese dong: the link with the dollar is still strong

As a matter of fact, in the face of factors such as a trade surplus and significant FDI inflows, a currency would naturally tend to strengthening. In Vietnam, instead, there is no room for significant appreciation, since the current exchange rate regime is not flexible.

In the current regime, in place since 2016, the SBV lets the Dong trade within a 3% band. The reference rate is set on a daily basis by the bank and is based on a basket of 8 currencies. The system represents a step towards liberalization, compared to the previous system in which the link with the dollar was stronger.
However, this strong link is still present, as you can see from the chart which shows the effective exchange rate of the dollar and the Vietnamese Dong in the last decade. 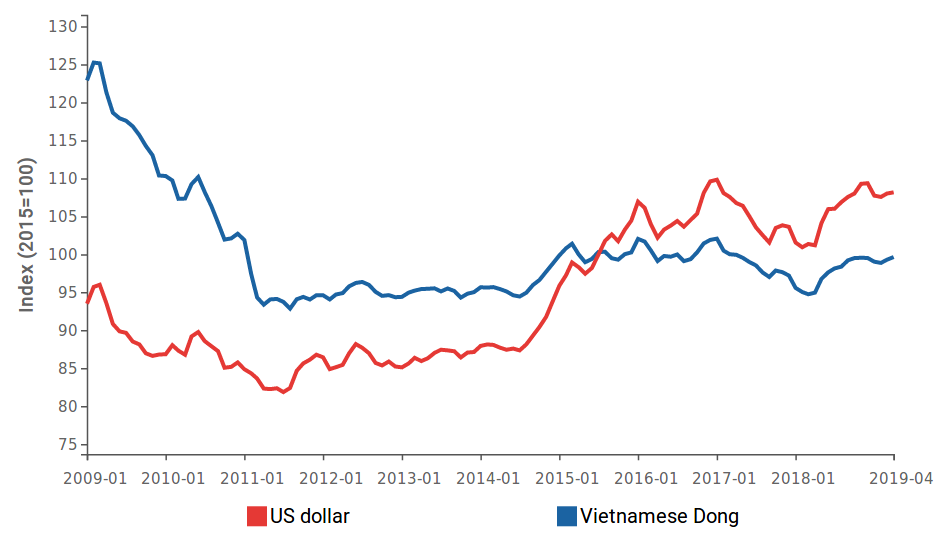 The International Monetary Fund encourages greater exchange rate flexibility, as well, but Vietnam does not seem ready to take this step. According to the SBV, Vietnamese financial market is not fully developed, and it is therefore still necessary to shield the local economy from large exchange rate fluctuations.

The currency issue in Vietnam reflects the presence of a gap between the Vietnamese economy and the west. Nevertheless, Vietnam is making great strides.
Its economic growth is basically driven by export, which amounted to 101.6% of GDP in 2017. According to the latest data released by Vietnam customs, in Q1-2019 exports grew by 6.6% y-o-y. Record growth for inward FDI flows in the first 5 months of 2019 (+ 69.1% compared to the same period of the previous year, reaching 16.74 billion dollars).
To sum up, it looks like Vietnamese economy is working at full speed and progressively replacing China as a new low-cost production destination. However, China's economic development is not the only factor that leads companies towards Vietnam: trade war is accelerating this trend, as well, since Chinese companies might invest in Vietnam to avoid the threat of sanctions.