The European economy is heavily penalized by German stagnation

The availability of European trade flows data updated to Q3-2019 makes it possible to map the economic slowdown that is affecting the Eurozone.
Based on the information available in the ExportPlanning Quarterly EU trade database, EU trade flows signaled a timid growth in the third quarter of the year. In particular, imports grew by 1% year-on-year, while exports closed the quarter growing by 1.6%.
The result shows a significant reduction in the intensity of growth in European trade flows: the deceleration is particularly evident in the last two quarters of 2019, as shown in the chart below. 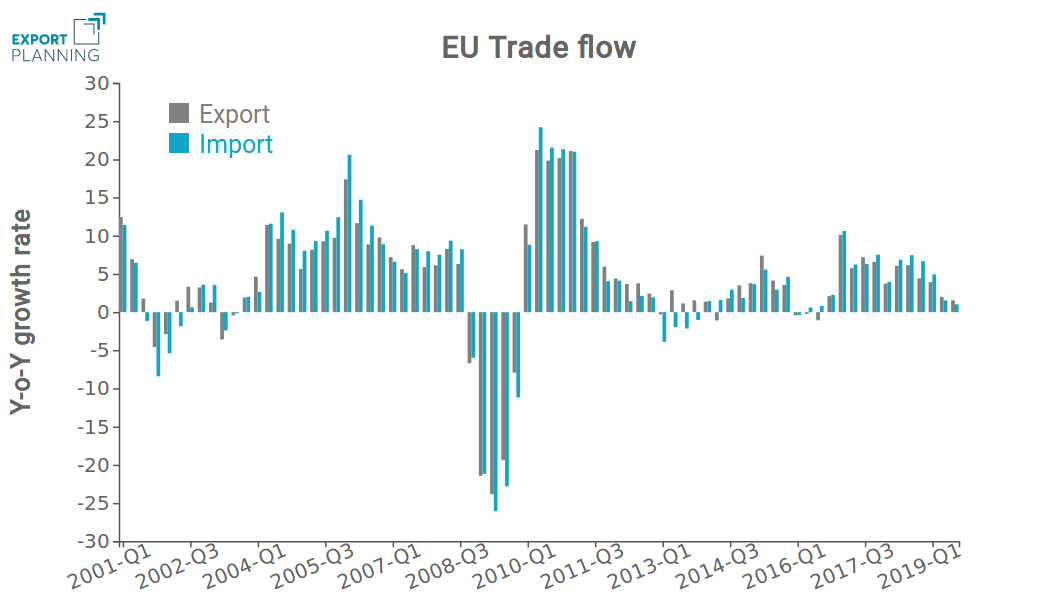 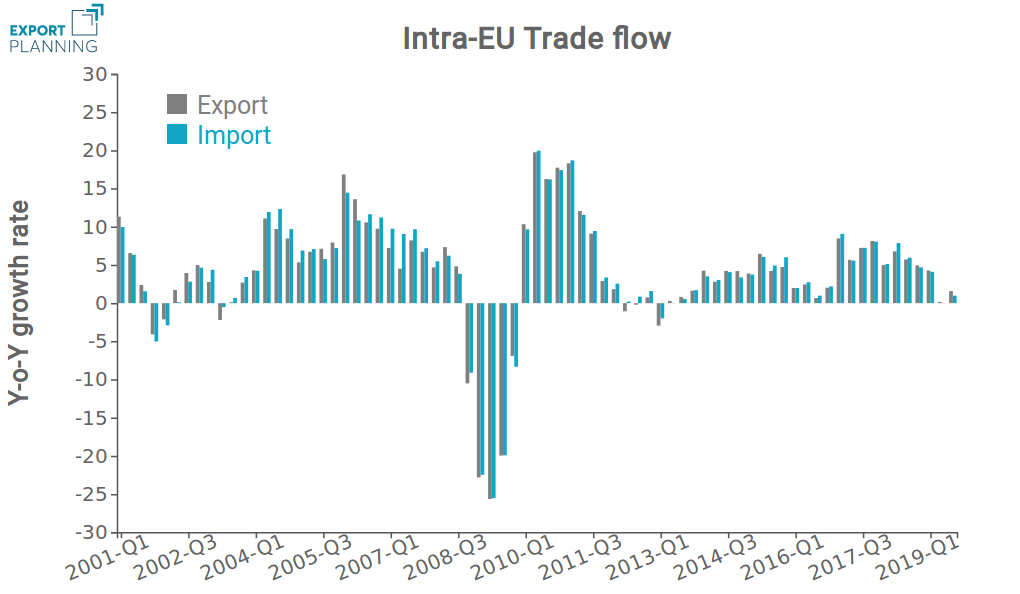 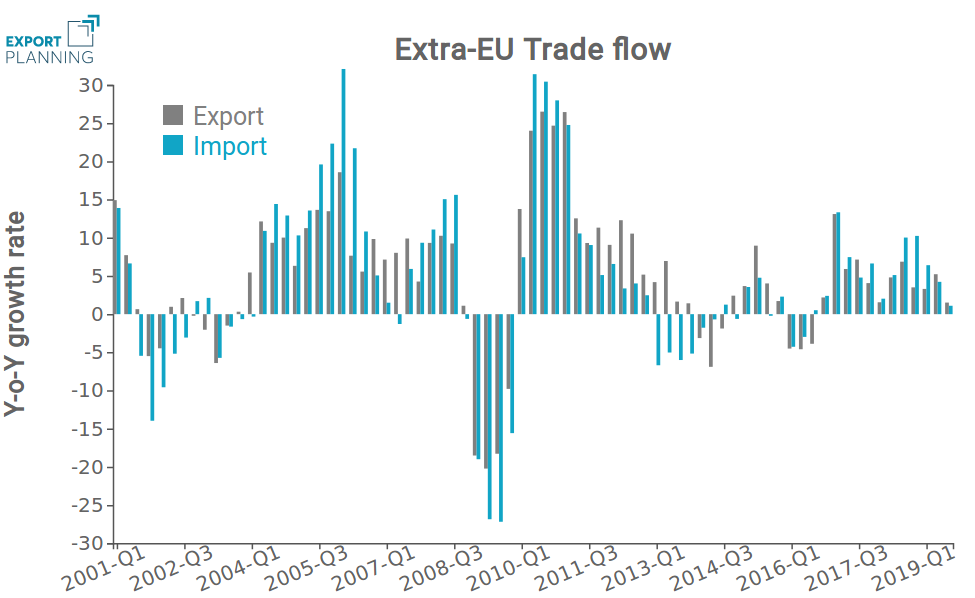 For an open economy like the European one, a slowdown in terms of trade flows is therefore a consistent indicator of the presence of difficulties: as a matter of fact, the EU is penalized by an unfavorable international economic situation and by structural economic difficulties, such as the German economy slowdown.
The sharp deceleration of European imports supports the hypothesis of difficulty of the European industry, which is heavily penalized by the German slowdown: in the third quarter of 2019 the country's imports signaled a 1.6% contraction.

In order to understand which sectors were affected the most by the slowdown, the following chart shows the European imports by products. The x-axis represents the y-o-y change recorded in Q3-2018, while the y-axis shows the y-o-y change reported in Q3-2019. In this way, it is possible to identify the sectors that have slowed down to a greater extent in the area at the bottom right of the graph.

Based on what is reported in the graph, two main considerations emerge:

Although the slowdown in the Eurozone does not seem to be exclusively cyclical, the announcement of a new Brexit agreement and the possible (albeit partial) commercial truce announced by US President Trump could improve investors' expectations and restart the investment cycle. The coming months will therefore be crucial in order to understand the intensity of the EU economic slowdown.