Lower growth sheds light on the many elements of fragility of the Indian economy.

This week’s currency update will focus on India. On November 7, rating agency Moody’s has changed its outlook on the Government of India's rating from stable to negative, a change that brings about the possibility of an acutal rating cut, from the current Baa2 to Baa3 (last step before the junk level) .

The news exerted a negative impact on the currency, that lost 1.2% of its value in the last week. On November 13, the currency exceeded the threshold of 72 rupees per dollar, almost reaching the values of maximum 2019 weakening recorded at the beginning of September. In the last few days, the rupee has recovered part of its losses, thanks to good news on the domestic inflation front and the trade war front: US Commerce Secretary Ross has in fact declared that the deal with China has "a very high probability of happening". 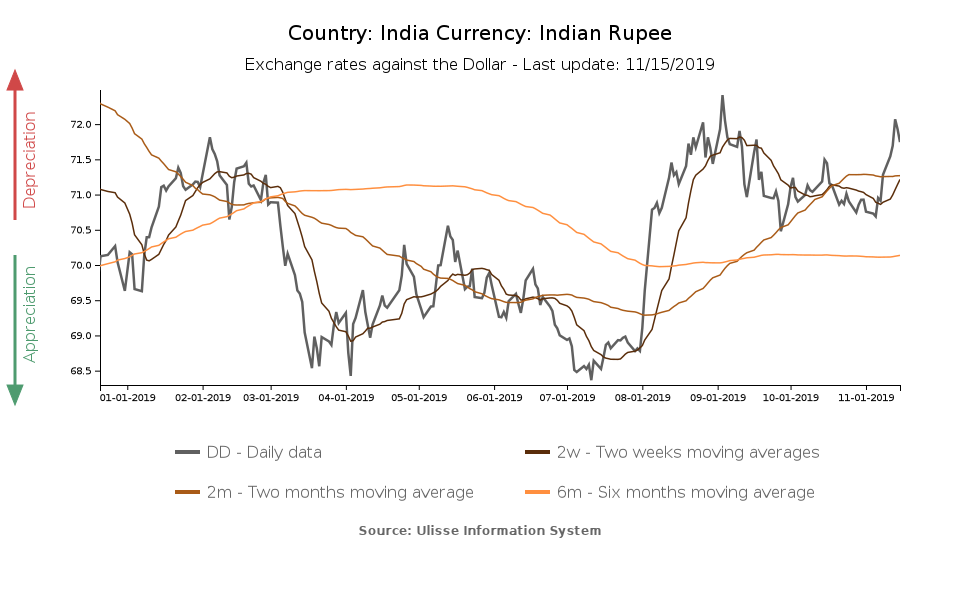 The reasons behind the rating agency’s decision mainly concern worries about the Indian economic growth slowdown: as a matter of fact, Moody’s fears that the economy could be experiencing a phase of entrenched slowdown, compared to growth rates shown in the recent past. In the first quarter of the year, Indian GDP grew by “just” 5%, slowing down for the fifth consecutive quarter. 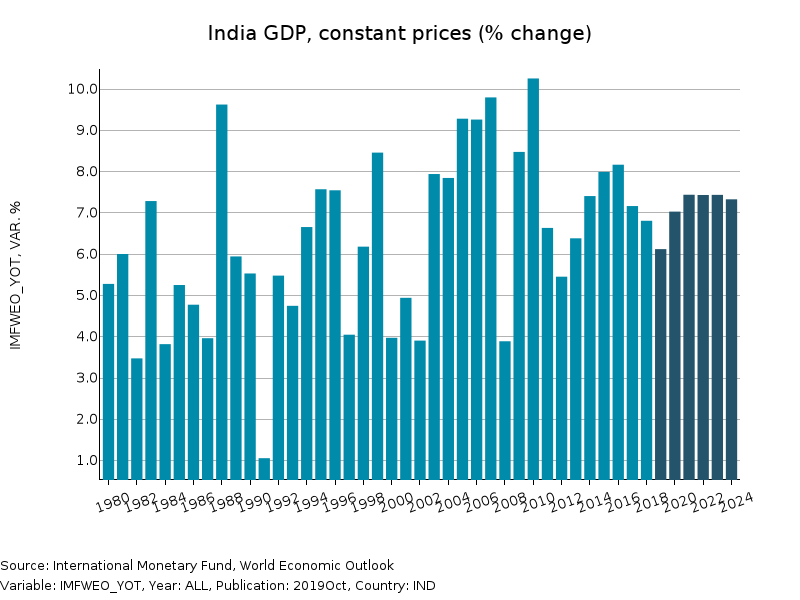 According to the rating agency, worries about economic growth partly reflect the scarce efficiency of government action in facing and correcting India’s structural weaknesses, both in terms of economy and institutions, risking to weigh on public debt.
The financial sector is also labelled as element of weakness, due to the risk associated with non-performing loans (NPL), the recent difficulties of non-bank financial institutions (NBFI) in granting credit and the strong presence of the state. A weak internal demand is weighing on growth as well, as discussed in August.

The change in outlook surely represents a wake-up call for Modi government, pointing out the need for measures to support the economy. The Indian central bank has faced the issue of the current slowdown, as well: in 2019, the Reserve Bank of India has already cut monetary policy reference interest rate 5 times; in October, during the last monetary policy meeting, it was reduced from 5.4 to 5.15%. 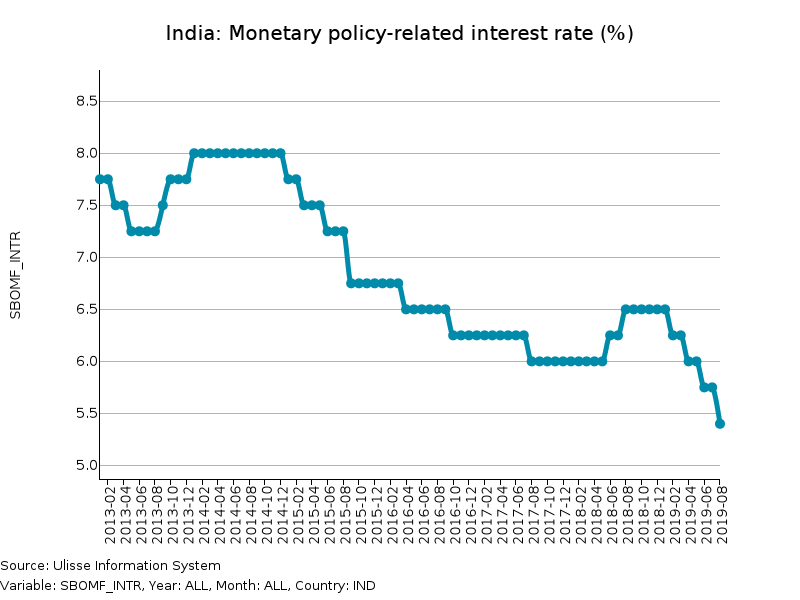 For its part, the Indian government has reacted to the current growth slowdown with measures aimed at stimulating internal demand, provisions clearly deemed insufficient by Moody’s. These measures concerned: