On the 15th of January, the United States and China signed the Phase One of a trade deal announced in December. Almost two years after the start of trade tensions, the agreement signed between Washington and Beijing avoided the introduction of new tariffs, lowered the tariff rate from 15% to 7.5% on $112 billion of Chinese products hit last September and prevented further increases on the 25% tariff rate which currently affects $250 bn.
The deal is still a preliminary agreement and does not provide for the elimination of the tariffs in force. However, since the announcement, the trade deal has significantly reduced international uncertainty. 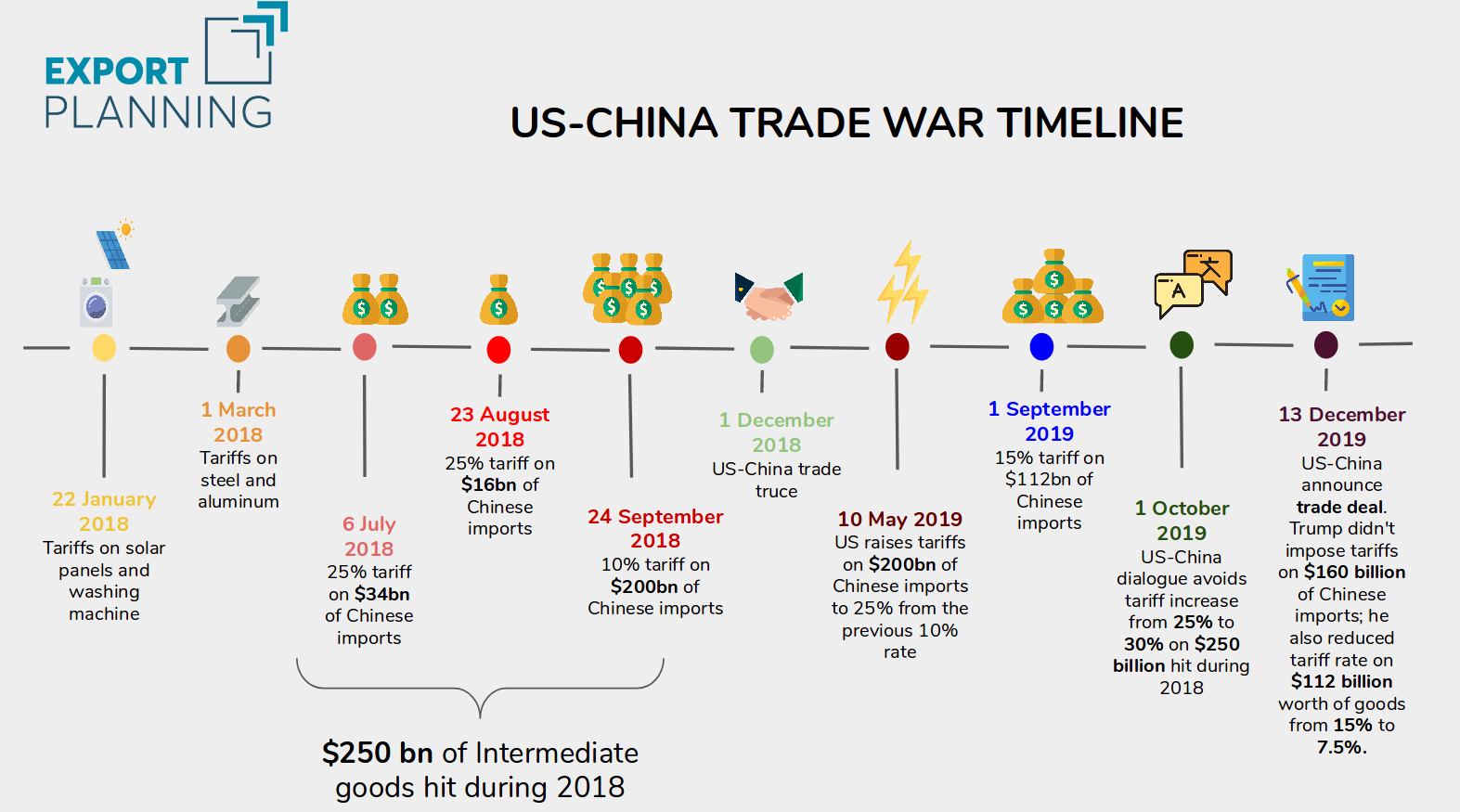 The trade agreement has eight chapters, which can be summarised in four key issues.

The first sections focus on intellectual property rights and technology transfer, one of the most relevant issues in US-China clash. American tariff actions have their legal legitimacy in technology embezzlement made by Chinese companies damaging US companies. Moreover, the fight for technological supremacy is perhaps the most significant battleground in the tensions between the two countries. China has made a commitment to implement and ensure better protection of intellectual property rights (including more meaningful protection of trade secrets and companies confidential business information) and to end forced technology transfers. The provisions also provide for more stringent measures on intellectual property rights relating to pharmaceuticals, geographical indications, trademarks and patents, e-commerce and pirated or counterfeit goods.

The agreement requires China to publish an action plan that details how and when China will implement its IP obligations.

As mentioned in the article US-China: a deal, at last, another relevant issue addressed by the trade agreement concerns the currency system and financial services. However, the commitments made on the currency front do not deviate from what was already agreed at the G20 summit, where the parties committed themselves to avoid competitive devaluations and exchange rate manipulations, as well as to make public a range of macroeconomic information, such as currency reserves. Similarly, the financial services chapter largely reaffirms commitments to further open Chinese financial and insurance markets.

Imports of US goods and services

One of the key points of the trade agreement is China's commitment to purchase at least 200 billion $ more goods and services - compared to the 2017 - in the 2020-21 period. The goods include manufactured goods, agricultural goods and commodities (gas, oil and coal). The list of different product categories is widely regulated and specifically concerns an increase of $77.7 billion in two years of manufactured goods, $32 billion of agricultural products, $52.4 billion of energy products and $37.9 billion of services.

It is clear that the goal of the section is to impose a purchasing regime on Chinese companies in order to rebalance the trade deficit existing between the two countries, which has always been considered a priority on the political agenda of the Trump administration. It is, however, a particularly onerous prescription, whose implementation is seriously questioned by many analysts.

As Trump himself repeatedly pointed out, one of the newest elements of the signed trade agreement is certainly the establishment of a mechanism for implementing the commitments. In particular, in case of non-compliance with the obligations undertaken in the agreement, the enforcement mechanism allows the U.S. administration to punish Beijing with tariffs and additional measures within 90 days, operating in an exclusively bilateral logic.

Lights and shadows on the agreement

As suggested by the analysis of the sections of the trade agreement, the deal is still a preliminary form of understanding. The agreement also leaves many unresolved issues, first of all the Huawei case and the Chinese state subsidies to the industry.
However, although the negotiations are still at an early stage, the agreement already mitigated international uncertainty. The most onerous indirect effect of the trade war has been the increasing uncertainty on an international scale, which has significantly slowed down the investment decisions of economic operators. The news of the trade agreement comes not by chance at a time when the American economy itself was beginning to give slowdown signals.
As the effects of the expansive fiscal policy diminished, in fact, American production showed signs of weakness and the Trump government had to deal with the timid results of the tariff policy on the US trade balance. Despite a slight improvement in the US-China trade deficit, the US trade balance deficit has worsened in the last two years. Lower imports from China have been offset by an increase in imports from countries with a similar supply system, with no benefit for the domestic industry. In addition, American exports have been heavily penalized by both a downward international economic downturn and the appreciation of the US dollar. 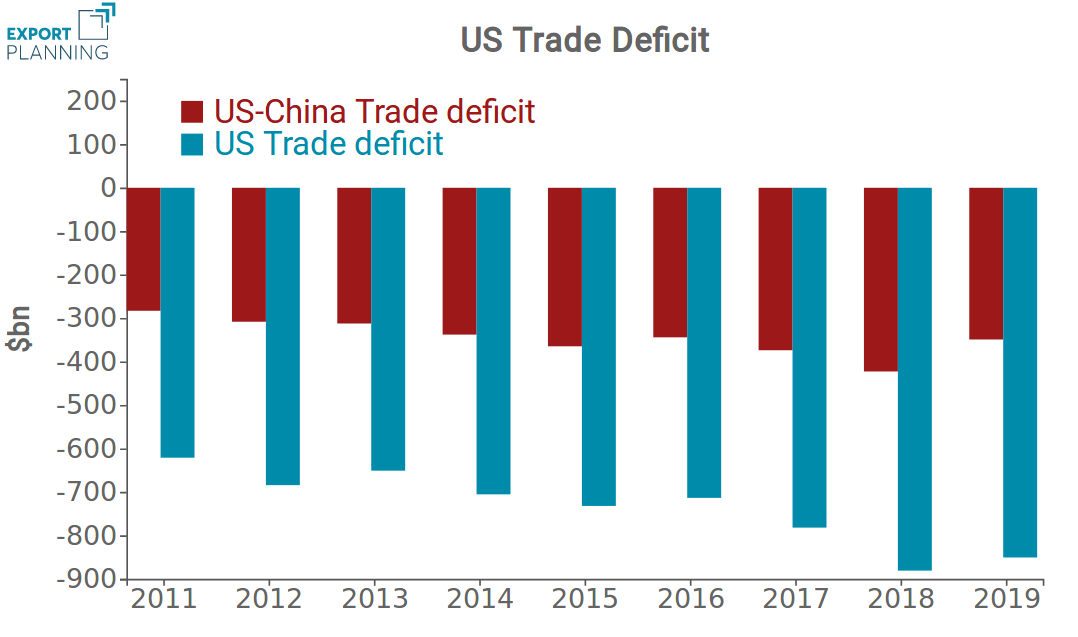 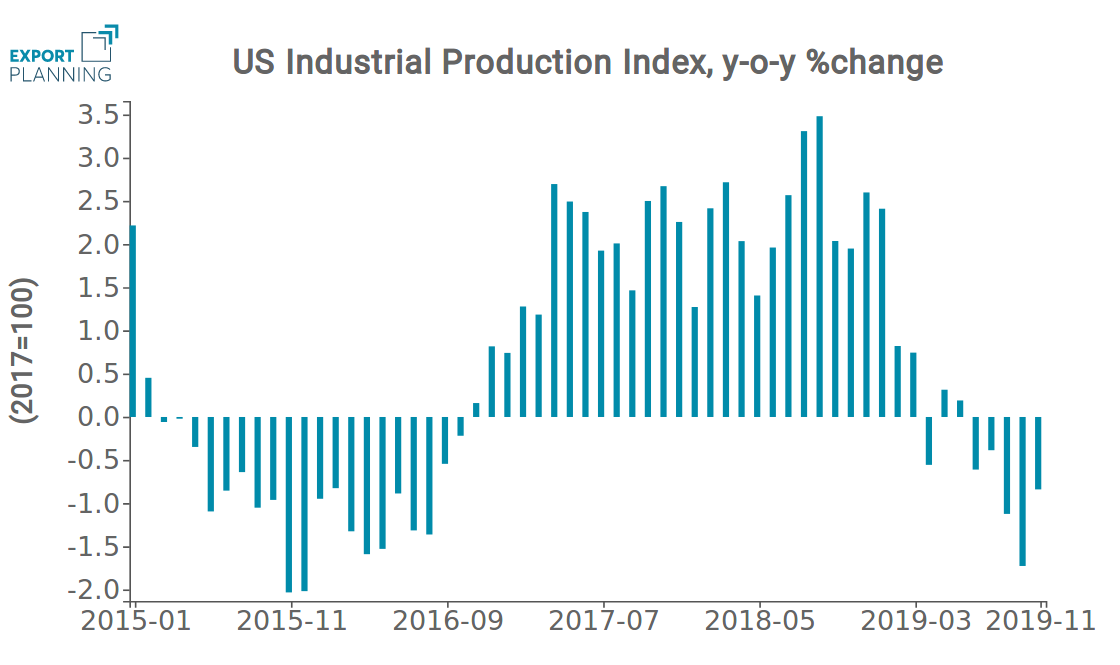 In conclusion, the imminence of the electoral round and the costs of the trade war imposed on the American economy seem to have played a decisive role in the implementation of the agreement. The agreed increase in exports should in fact give a considerable boost to the most affected sectors, especially agriculture. However, despite the trade agreement, tariffs will continue to be the Trump administration's main tactical tool in the event of default by the other party. The onerous commitments made by China and the tariff threat therefore raise concerns about the long-term viability of the Understanding.
Of particular relevance is the exclusively bilateral logic of the trade agreement. Many of the commitments undertaken by the Chinese partner on the protection of intellectual property rights and on currency and financial markets are in fact already widely reaffirmed by international bodies such as the WTO, but the agreement makes them binding from a bilateral point of view. The trade agreement is somehow proof of how the US administration is revolutionizing the multilateral approach to free trade, unlike what the European Union advocates (see article).