US Exports: Sectors Bucking the Trend

Despite the economic weakness, some US sectors did not fall behind during 2019

American exports of manufactured goods closed 2019 in negative territory, reporting an annual decline of 1.4%. The context of international uncertainty and the consequent weakness in world demand have weighed on the performance of US exports. The dynamics of the appreciation of the dollar, which has made the country's exports less competitive, and, of course, the tariff retaliatory actions carried out primarily by China, have also added to the above factors.
After the weak positive performance recorded in the first quarter, US exports remained on a negative trend for the rest of the year, in line with the dynamics of international trade. 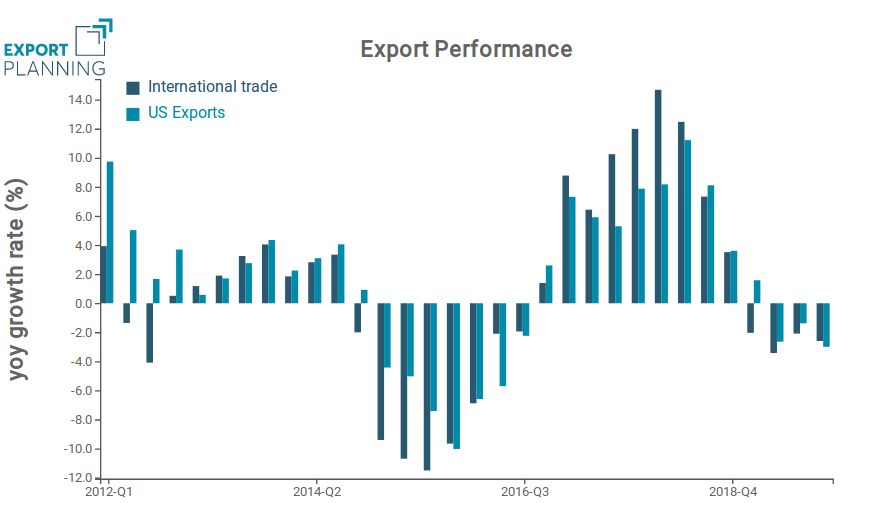 The weakness that characterized the performance of US exports has weighed on the evolution of the trade deficit. The tariffs in force and the weakness of the economic downturn led to a decline in US imports, but the concomitant decline in US exports did not improve US net exports (value of exports net of imports). On the basis of available data for the first three quarters of 2019, net exports of goods decreased further, reaching a level of -657 billion $ compared to last year's value of -648 billion $. 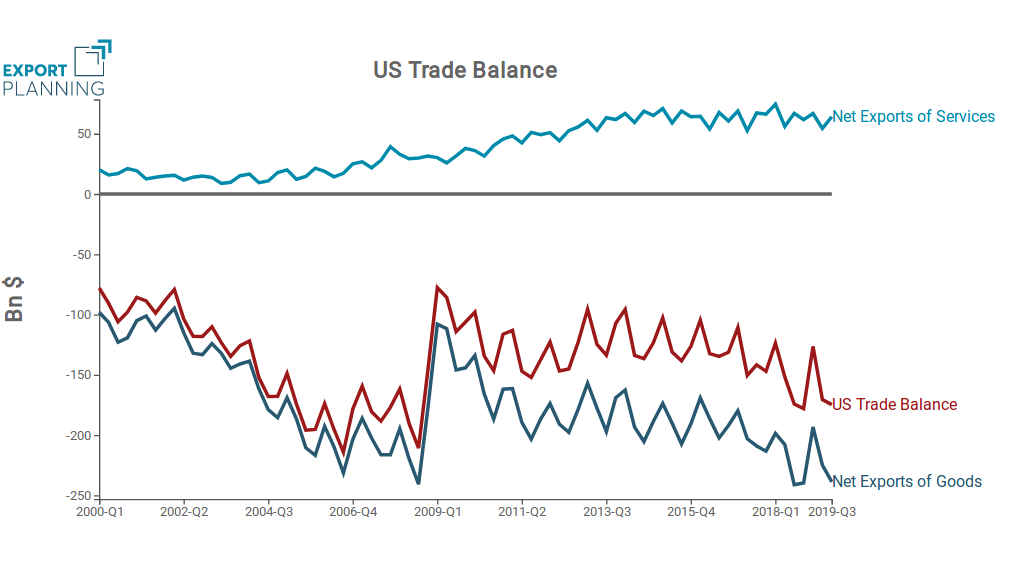 Although the data on US net exports of goods are more positive for the fourth quarter of 2019 (see the ExportPlanning US Quarterly International Trade database), the analysis conducted so far clearly shows that an improvement in the US trade deficit necessarily implies a strengthening of US presence in foreign markets. Not surprisingly, the Trump Administration has asked for a significant increase in US exports to China under the trade agreement.

In this context, it is interesting to highlight the made in US sectors and products that have shown a trend in absolute contrast during last year. 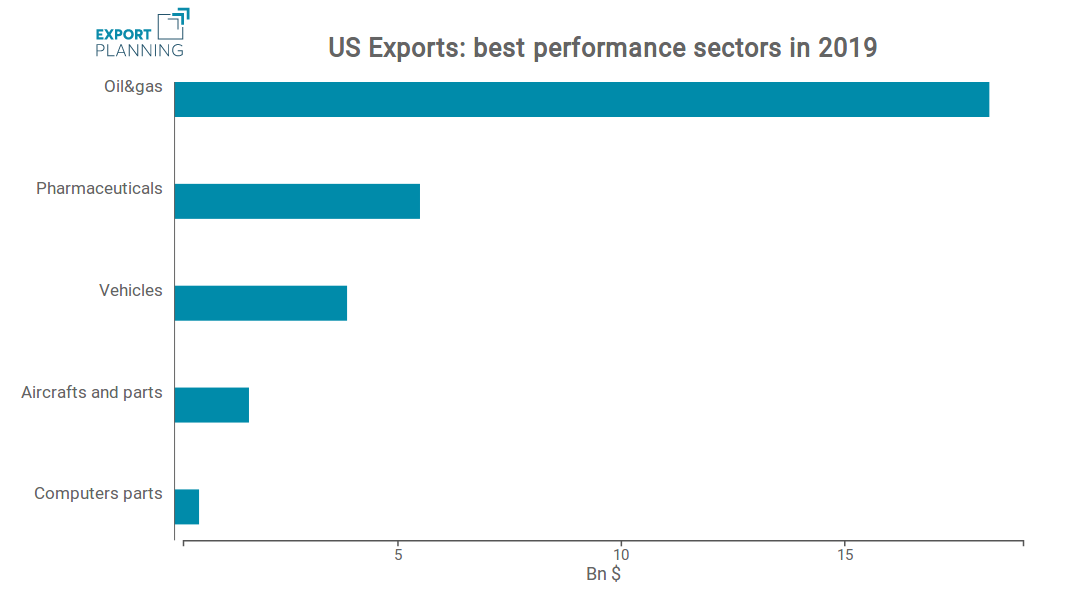 Go to the video

The sector that has shown the most significant growth over the last year is the energy sector, with a total increase of $18 billion. The country is in fact acquiring an increasingly important role among the world's leading exporters of crude oil. The positive result was driven in particular by the oil exports of the Texas thanks to the increases recorded on Asian markets (+3.8 billion to South Korea and +2.5 billion to India) and European markets (+3.1 billion to Holland).

Also of particular note is the growth recorded by US exports of pharmaceuticals, which showed an increase of +5.5 billion $. In this case, the positive performance of the North Carolina states of China (+1.1 billion $) and Puerto Rico to the main European partners, first of all the German market (+797 million $).

In a context of a sharp slowdown in international trade in vehicles, it was the significant growth recorded by exports of Electric Vehicles that drove the sector's US export performance. In particular, the State of California recorded an increase in its exports to the European market of +3.6 billion $.

Closing the ranking of the sectors with the best performances are the exports of aircraft components and computers parts. For the latter sector, in particular, the increases recorded by US exports of processors for PCs stand out.

In an economic downturn, the most resilient US sectors seem to be sectors able to respond to the new determinants of world demand (new consumer behaviour and demographic ageing), together with more traditional sectors such as aircraft components and electronics. However, the evidence of widespread weakness and the strong trade deficit indicate that the strengthening of the American presence on foreign markets is still a long process.