The Turkish central bank has delivered. In the highly anticipated Monetary Policy Committee meeting of November 19, the Central Bank of the Republic of Turkey has actually fulfilled its committments to turn a page in terms of monetary policy, in favour of a more predictable, orthodox and market-friendly monetary strategy (see last week’s article for the full story). In line with markets’ expectations, the benchmark interest rate has been significantly raised (+475 bps), from 10.25% to 15%.
According to the central bank’s statements, “The Committee has decided to implement a transparent and strong monetary tightening in order to eliminate risks to the inflation outlook, contain inflation expectations and restore the disinflation process”. It was also specified that “the tightness of monetary policy will be decisively sustained until a permanent fall in inflation is achieved”, thus giving clear indications to investors about the strategy for the near future.

The lira, as well as the country's stock exchange, reacted with a rally: between November 18 and 19, the currency strengthened by 2.1% against the dollar, while the Turkish BIST 100 index gained 1.4%. Real interest rates have therefore returned to positive territory - the first time since the end of 2019. 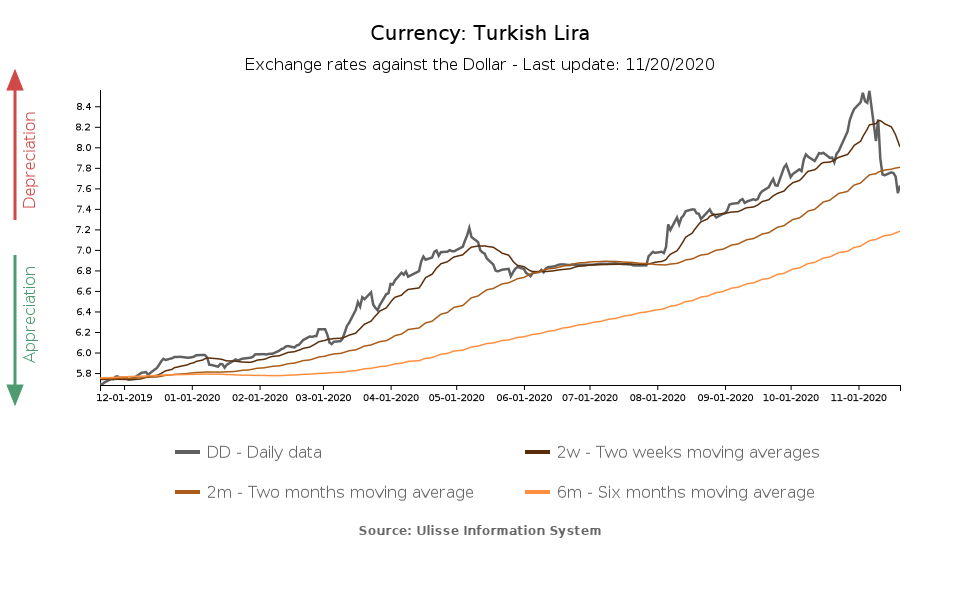 Moving east, two other currencies that in the last period have shown an appreciation trend - much more consolidated than the recent and sudden change of course of the lira - are the South Korean won and the Thai baht. While the former has appreciated against the dollar since the beginning of the summer, gaining to date about 10% against the greenback, the strengthening of the latter is more recent: in November it gained about 3% against the dollar.

The strengthening of the won as a source of concern 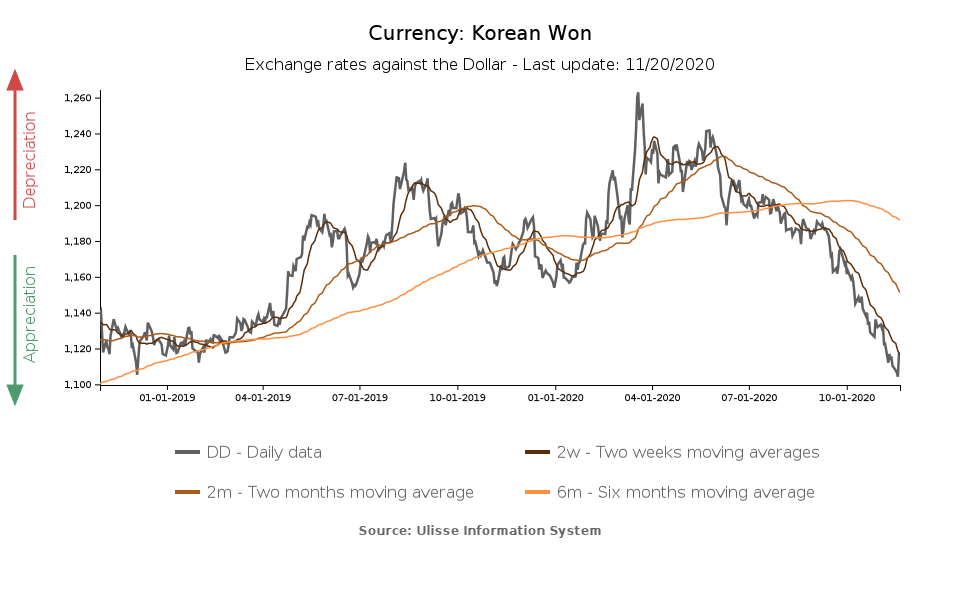 According to analysts, the dynamics of the won in recent months can be attributed to the favourable performance of the economy, which has been relatively less affected by the pandemic than many other countries in the world, as well as significant capital inflows. In the last period, in particular, the end of the uncertainty surrounding the outcome of the US elections has also prompted a risk appetite comeback, as did progress on the front of vaccines against Covid-19; the won has benefited from this climate, as well.
Focusing on the most recent exchange rate dynamics, however, we can notice a reversal of the trend yesterday, which led the Korean currency to lose more than 1% against the dollar. This is due to the fact that the strong appreciation of the currency has come into the sights of national authorities' as a risk factor for exports. Already at the end of October, and again yesterday, the Minister of Finance stated that the dynamics of the FX market are under observation and that measures could be taken, if deemed necessary, to promote stabilization.

As far as the Thai currency is concerned, we can see a substantial stability against the dollar since early summer, that turned into a strengthening in November. This trend has then reversed - as in the case of the won - in the last few days: between November 17 and 19 the baht lost 0.8% of its value against the dollar. 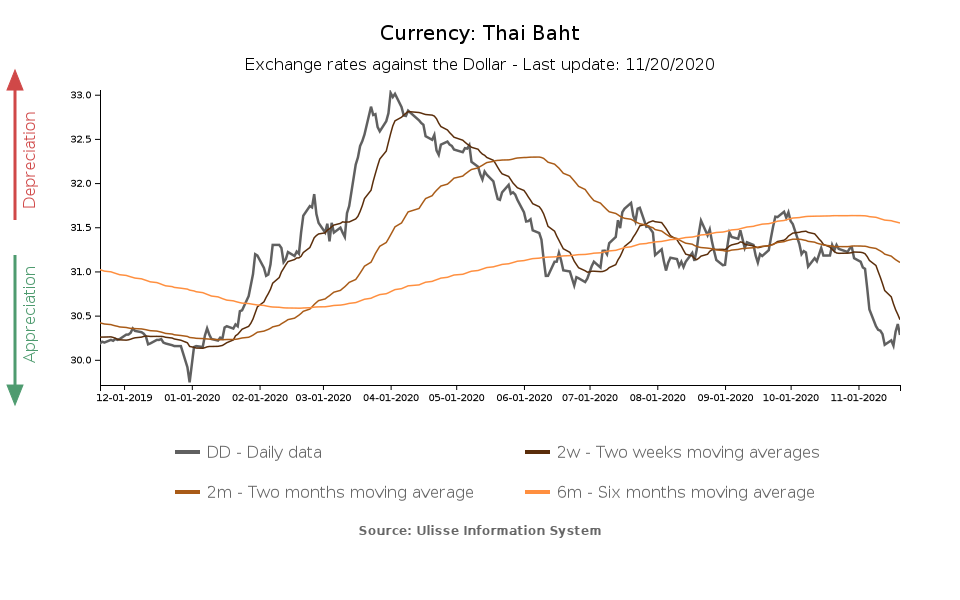 In this case, too, the reversal is due to an intervention by authorities, for the moment only on the verbal level, expressing concern about an excessive strengthening of the baht in this delicate phase of economic recovery. In the Monetary Policy Committee of the Thai central bank last Wednesday it was reported that, despite the better than expected results in Q3-2020, the recovery of the country's economy will still take time, as well as the support of low interest rates, which were left unchanged at 0.5%.
In this context, the rapid appreciation of the currency is a risk factor that will be carefully monitored and, if deemed appropriate, addressed with ad hoc measures.

From the analysis of exchange rate dynamics, it can therefore be inferred that maintaining competitiveness, also through the currency, seems like a shared priority in the post-Covid world, engaged in a hurdle race towards the recovery of pre-pandemic levels of economic activity.