The European Commission has reached an agreement in principle on bilateral investment: opportunities and critical issues

During the final days of 2020, the European Union was particularly active on the international trade relations front. A few days after the intensive negotiations to reach a trade agreement with the United Kingdom, the European Commission announced that it concluded in principle the negotiations for a Comprehensive Agreement on Investment (CAI), the long-awaited EU-China bilateral investment agreement, which took seven years of negotiations and more than 35 rounds of discussions.
The European Commission President Ursula von der Leyen described the agreement as a significant step in EU's trade relations with the Country. Certainly, the agreement could be a good prelude to negotiations on a broader free trade agreement, although there is still no formal authorisation from the EU Council to negotiate a trade agreement with China.

According to the European Commission, the CAI represents one of the most ambitious agreements ever concluded by China with a third country, the commitments reached under the new investment agreement in fact follow three main lines: the reciprocity of market access, an improvement of competition rules between the two production blocs and moves the first steps towards a recognition of shared values and rules regarding environmental and labour standards.

One of the main objectives of the negotiations for the CAI agreement was to ensure a greater reciprocity regime between the two economic areas, improving in particular the conditions of access to the Chinese market for European companies, trying to rebalance bilateral economic relations given the freedoms guaranteed to Chinese companies in the EU market. The EU ensured the removal of several restrictions that hindered the activities of European companies in China (such as the requirement to set up a joint venture with a local company) for access to the Chinese market in a number of sectors previously considered 'closed' or only partially accessible. Among the most relevant sectors are:

The CAI therefore provides a framework of greater opportunities and guarantees for European companies operating (or wishing to operate) in China. China is in fact one of the European Union's main trading partners and the second most important destination for European foreign direct investment after the United States. 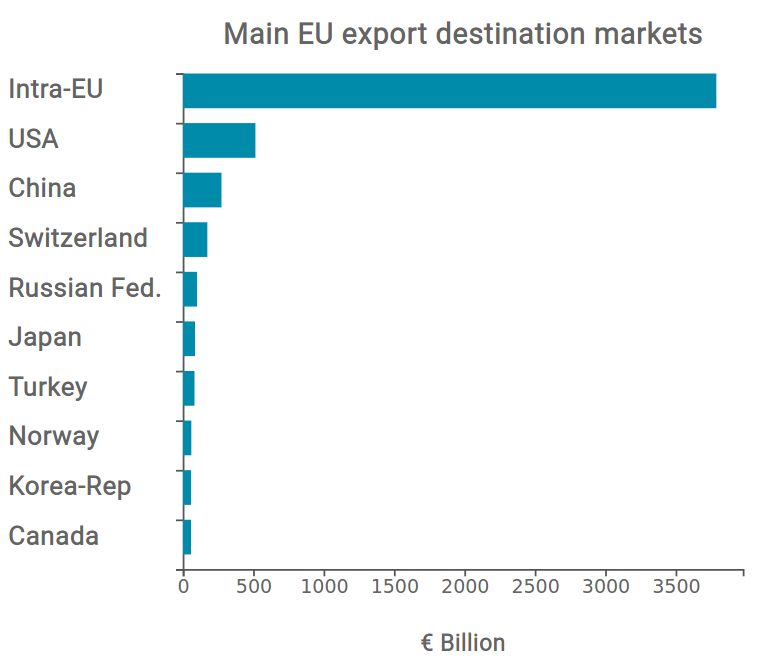 Over the last decade, the growth trend in European exports has included both capital goods and intermediate products, indicating increasing integration of the value chains of the two production areas. In addition, the growth in consumer goods has been particularly accelerated, reflecting the increasingly importance of the large Chinese domestic market. 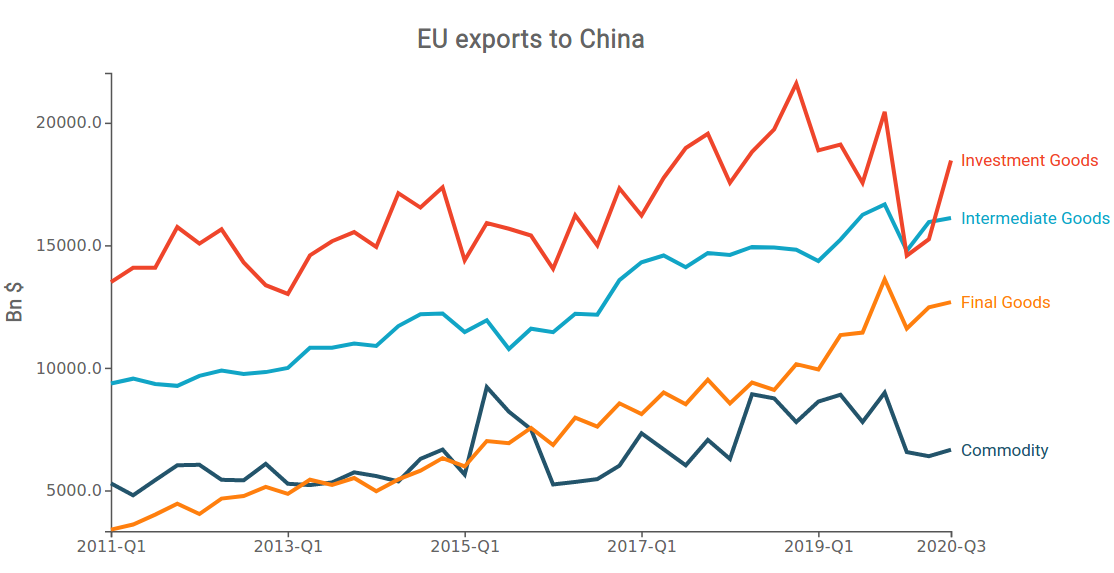 Improved investment conditions for European investors in the Chinese market, particularly in the green and technology-intensive sectors, which are considered leading sectors in China's project to strengthen its domestic industry, could undoubtedly boost European participation in the Chinese market, ensuring that Europe remains at the forefront of technology in sectors that are so strategic in the current international configuration.

As US President Donald Trump did last year in the Phase One deal reached with China (for more details see the article Phase One US-China Trade Deal), the European Union also secured clearer and stricter rules on intellectual property and technology transfer, extending the WTO's discipline on manufacturing to the services sector. However, one of the factors that has led to the CAI being described as one of the most 'ambitious' agreements ever concluded by China with a third country relates to China's commitments on state subsidies and sustainable development. The CAI includes obligations on the behaviour of Chinese state-owned enterprises, greater transparency in the rules on state subsidies, and greater commitments by China on environmental and labour standards (implementation of the Paris Agreement and ratification of two ILO Conventions on forced labour).

Although the assumptions of the agreement seem to paint a positive picture, it will still be necessary to wait for the final text in order to fully assess the actual economic and trade benefits. While the agreement outlines a framework of interesting opportunities, there are also critical elements, first and foremost the actual materialisation of the envisaged reforms. Moreover, according to several commentators, the conclusion of the negotiations before the Biden administration takes office sets a not entirely rosy outlook for the resumption of the US-EU transatlantic dialogue.