The Lebanese pound has been in the spotlight in recent weeks. Although the official exchange rate is still pegged to the US dollar (LBP 1507.5 per USD), the exchange rate on the black market - which has been deteriorating for more than a year now - has touched new heights in recent days, reaching the record value of 15,000 LBP per dollar last Tuesday.
In the following days the exchange rate returned to more contained values, remaining however above the threshold of 10,000 pounds per dollar, as shown in the graph below. Since early 2021, the exchange rate has recorded a fall close to 40%.

What is going on in Lebanon? The dynamics of the currency on the black market mirrors an economic situation in free fall. According to analysts, Lebanon is facing what can most likely be called its harshest political and economic crisis in 30 years, since the end of the civil war.

As can be seen from the chart above, the historic peg with the dollar, introduced in '97, held up until the end of 2019, only to give way to sharp depreciation at the confluence of three different crises that hit the country: an economic and financial crisis, the health crisis and finally the explosion at the port of Beirut in August 2020.
The financial crisis began in October 2019, due to a sudden stop in capital inflows, which caused failures in the banking system and began to affect the exchange rate. In March 2020, Lebanon faced the first sovereign default in its history.
The difficult financial situation was compounded by the pandemic and the related containment measures which, as in other world countries, paralyzed the economy. In an already precarious situation, a further tragedy struck the country: on August 4 there was a huge explosion at the port of Beirut which, in addition to causing numerous casualties, generated significant economic damage, estimated at around 4 billion dollars (source: World Bank). Moreover, the port of Beirut is one of the main commercial hubs in a country highly dependent on imports, thus jeopardizing the possibility of supplying goods.
The combined effect of these crises is reflected in a fall in GDP estimated by the IMF at -25% in 2020. 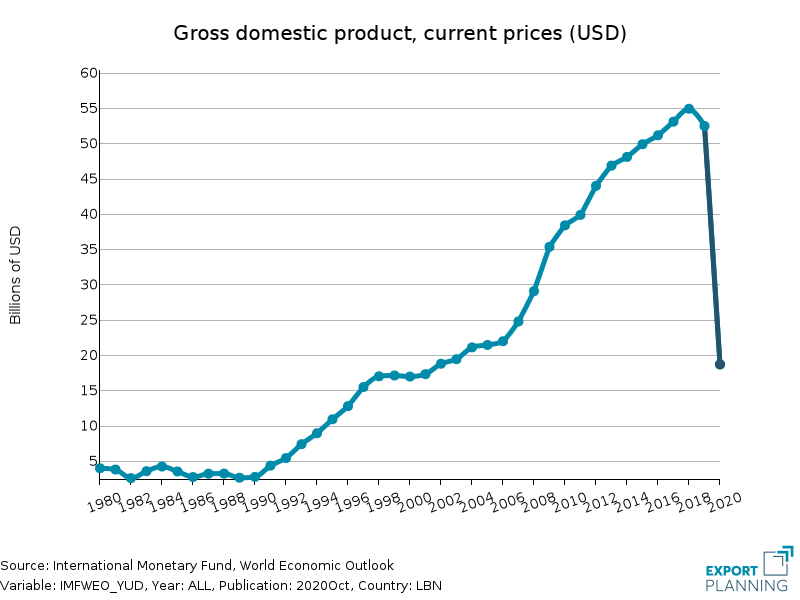 These crises have also added to preexisting vulnerabilities: in particular, macro-economic imbalances, the high level of public debt (which exceeds 170% of GDP, among the highest in the world), the mismanagement of public finances by the ruling class.

Social effects. The collapse on the economic-financial front is having serious social repercussions, severely eroding purchasing power, the value of savings and pushing a significant proportion of the population below the poverty line.
The record depreciation of the currency has, in fact, generated an equally impressive inflation: for 2020, the IMF estimates price growth at 85%. The picture for the food sector is, in the last month available, even more dramatic: according to data from the Central Administration of Statistics of the Lebanese Republic, in December the consumer price index for food and non-alcoholic beverages rose by about 400% year-over-year; the government even resorted to subsidies for some basic necessities. 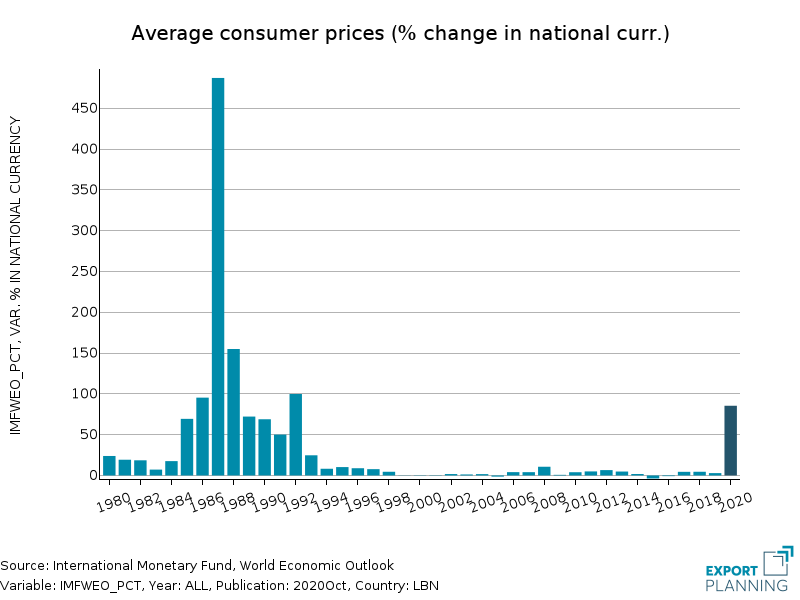 The increasingly precarious living conditions for the majority of the population, the continued stalemate on the political front, the currency at record levels of depreciation have exacerbated popular discontent; in recent weeks, the Lebanese have once again taken to the streets to protest against the ruling class and the current situation in the country, after Covid had paused protests that actually began at the end of 2019.
One of the main complaints against the institutions is the current political standoff: after the resignation of the incumbent government following the August explosion, negotiations to form a new government have been ongoing since October, but they have not yet yielded a positive outcome. In the presence of an outgoing government with limited powers, key reforms are postponed - reforms that are much needed to heal the country's economy, rebuild market confidence and access international aid.