Dollar and "Emerging" currencies: two sides of a coin

As reported on several occasions, the current recovery of international trade and weakness of the dollar, which, after the brief recovery phase in March returned to the levels of the end of February (1.22 USD per EUR on May 21), is favoring the currencies of developing countries, such as Mexico, Brazil, Russia, India and South Africa.

Among the currencies that close the financial week with the best performance are certainly the Russian Ruble and the South African Rand with a weekly appreciation of 0.7% and 1% respectively.

Particularly significant is the rebound of the Russian Ruble that, at the beginning of the year, had given some signs of uncertainty caused by the introduction of a new round of sanctions by the United States.

Exchange rates against the Dollar 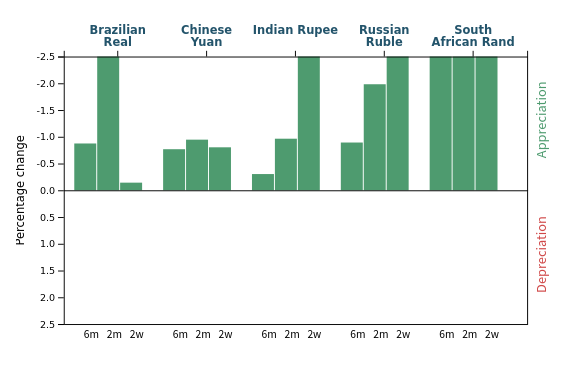 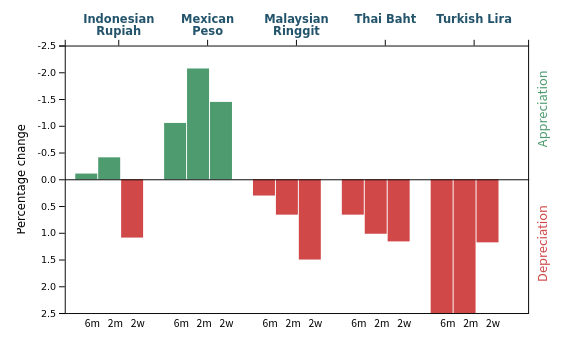 The factors to consider when analyzing the bear trend of the dollar are many, and closely related.

Low interest rates. Interest rates on US bonds continue to be very low and below 1.7%. Some analysts say this is due to the Fed's purchases of government bonds, which are artificially stabilizing rates by preventing bond prices from falling. Supporting this thesis is the central bank's balance sheet data available on the Federal Reserve Bank of St. Louis website. As can be seen from the chart, since March 2020 there has been a sharp increase in the Federal Reserve's total assets, which are predominantly composed of government bonds, reaching nearly $8 trillion over the past week. 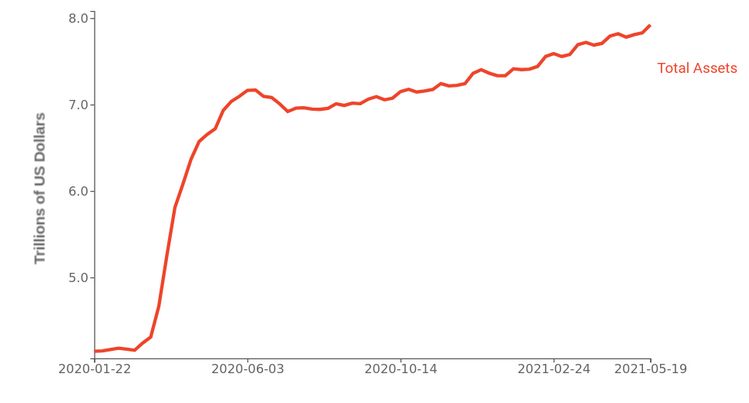 Inflation and Expectations. In recent months, there has been renewed talk after a long time about the danger of inflation, due to the sudden increase in the prices of goods and services especially in the United States. In fact, in April, the Consumer Price Index rose by 4.2% in trend terms. The general increase in prices we are witnessing is mainly due to two factors:

Although according to most monetary institutions, including the FED, this is a temporary increase, fears of further increases are scaring financial markets, generating the depreciation of the greenback. In this context, if the concerns of the financial markets come true and inflation remains permanently high, then according to the monetary approach the FED will be forced to raise nominal interest rates on government bonds leading to a reduction in their value.

The repercussions on emerging markets

The uncertain climate over US inflation and concern about drops in the worth of US stocks is prompting fund holders to diversify their portfolios into higher-yielding, albeit riskier assets, depreciating the dollar and supporting emerging currencies.