After the Covid shock, and the relative turn toward a strongly expansionary monetary policy for a large number of countries, the time for interest rate hikes is beginning to take shape.
If some emerging countries have already started this path (see for example the cases of Mexico, Brazil, Russia and the Czech Republic), this week the first start of the process of monetary policy normalization by a developed Asian country has attracted the attention of international economic analysts: this is the case of South Korea.
Yesterday, the Bank of Korea decided to raise its benchmark interest rate by 25 basis points, from 0.50% to 0.75%. Let us therefore take a closer look at the economic dynamics of the country and that of its currency, the South Korean won. 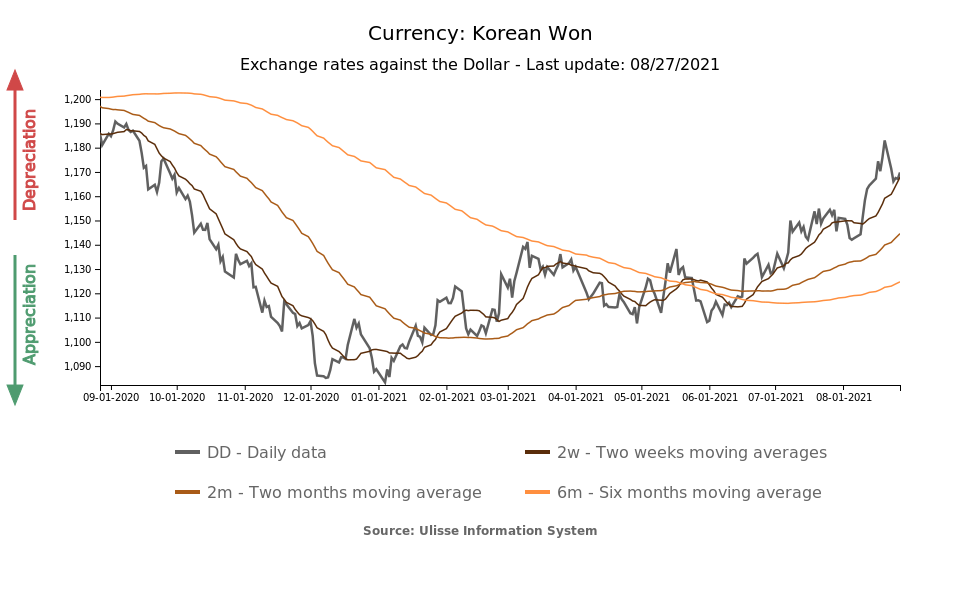 As you can see from the chart, in the second half of 2020 the won showed a phase of strengthening, in a national economic context of recovery, together with the international factor of dollar weakness. As reported in previous articles in our Exchange Rates section, in H2-2020 the dollar was in fact experiencing a phase of weakness related to several factors, such as optimism over the approval of various vaccines against Covid-19, expectations of recovery of the global economy in the year ahead, as well as monetary policy - i.e. the intentions shown by the FED towards an expansionary stance.
As the dollar changed its course at the beginning of 2021, the phase of strengthening of the won against the greenback in turn abandoned the scene, proceeding toward stability; the won's exchange rate against the dollar finally entered a weakening phase starting in the summer of 2021.

A factor that has certainly driven the won's recent weakening is related to Covid-19. In fact, Korea is currently experiencing the fourth wave of the virus, which is leading to new spikes in the daily number of cases.

According to the Bank of Korea (BoK), the new wave of Covid-19 in the country and movements in global financial markets might have driven the currency's weakening over the summer. Developments on the health front will therefore be scrupulously taken into account, according to the central bank's statement, for the next interest rate decisions.

If the health situation keeps representing an element of risk for the country, at the same time the economy is continuing towards its solid recovery - as stated by the central bank - especially supported by the significant role of exports and investments. ExportPlanning data point to a solid recovery on the export front, which has shown significant growth rates in the first two quarters of 2021. 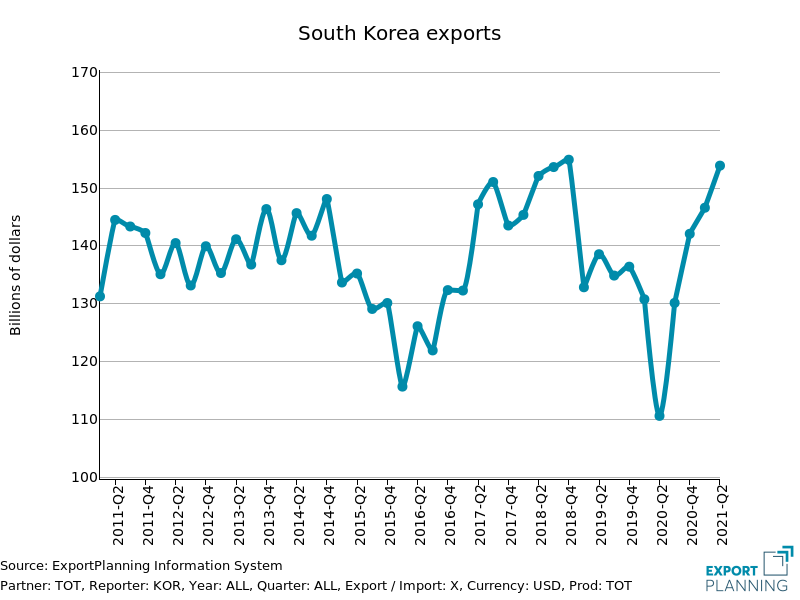 The most recent IMF data on the macroeconomic front also provide encouraging signs: the fall in GDP in the country is in fact limited to 0.9% for 2020, while a 4.3% growth is expected for 2021. As for inflation, this is expected to be limited to around 2% for the current year.

In a context that shows multiple signs of recovery, the decision to start normalizing monetary policy would not only be linked to the economic rebound. In fact, the central institution's initiative to raise rates appears to be due also to some elements of financial weakness for the country, in relation to a current bubble affecting domestic debt and real estate market. Risks related to Korean financial stability would thus seem to have taken a prominent position with respect to the now prolonged phase of health emergency.