Is World Demand of Home Products slowing down?

After a 1-year growth, demand for home products shows signs of easing

After a particularly favorable first half of the year, world trade in goods seems to have slowed down, as shown in the article, also influenced by the international supply chains problems, such as congestion in maritime transport.

ExportPlanning data show that the deceleration in the growth rate of trade is not a generalized phenomenon, but one which affects the various industries in different ways. Among consumer goods, it may be useful to analyze the slowdown in world demand for products belonging to the Home System (E3), one of the most dynamic sectors in the recovery phase on pre-pandemic levels.

The chart below compares the changes in global demand for household goods, calculated against the corresponding periods in 2020 and 2019. After having been characterized by a significant expansion following the collapse caused by the spread of the pandemic, reporting rates of change of +33% and +51% for the first and second quarters of 2021, respectively, the growth of global demand for Home System settled on a more moderate profile in the third quarter (+11% on a trend basis), a result in line with the slowdown in international trade. If the comparison with 2020 shows a clear deceleration, also due to the "base effect" related to the shock of the second quarter of last year, the change on 2019 seems to indicate a deceleration phase in progress. 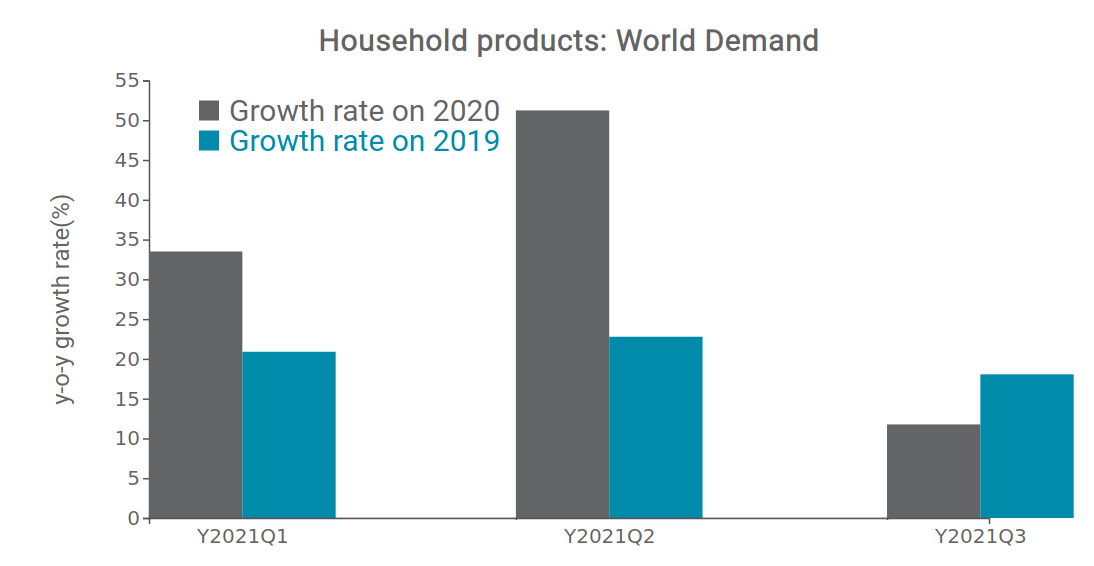 In this context, it may therefore be particularly useful to focus on a sectoral level, distinguishing the product categories that play a decisive role in the slowdown of trade in the sector from those that are bucking the trend. 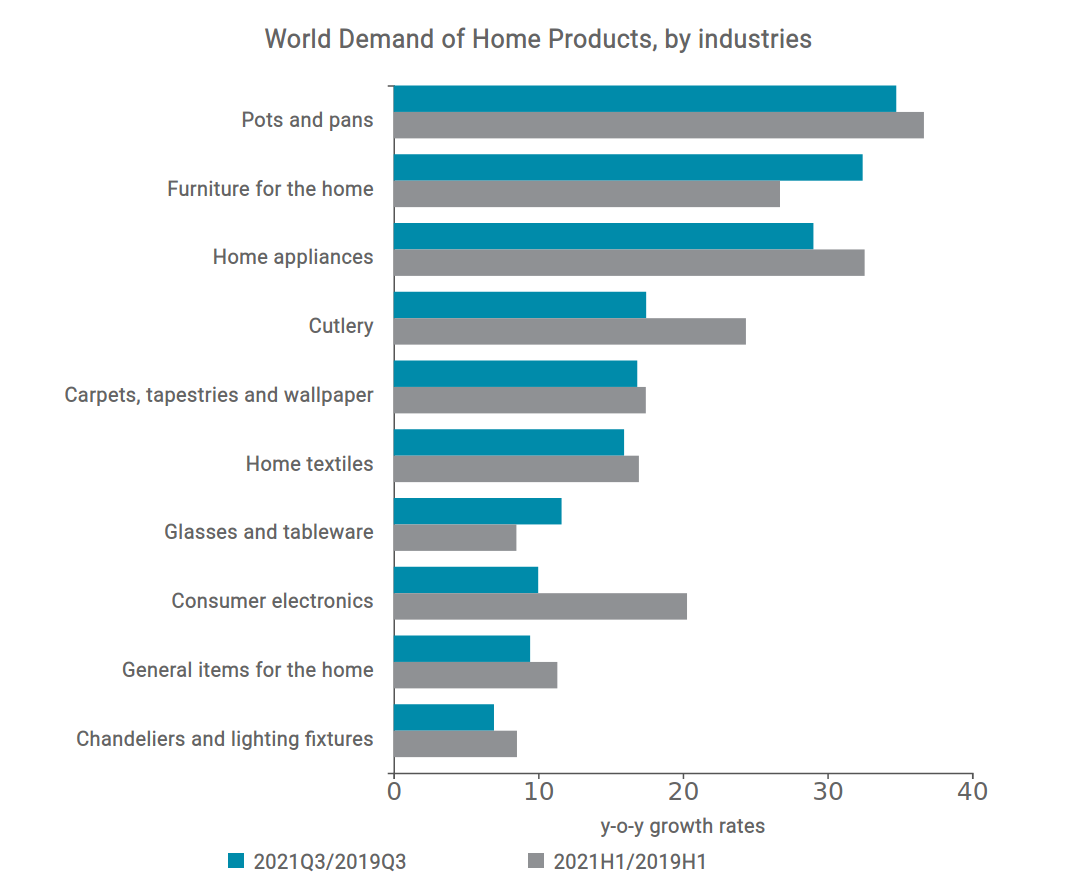 Looking at the graph, which shows the rates of change (at current prices) reported by each sector in the first half and third quarter of 2021 compared to the corresponding period in 2019, it is possible to witness the general positive performance of the Home System. All segments have clearly exceeded pre-crisis values and only accuse a phase of slowdown. This is the case of consumer electronics (+9% compared to the third quarter of 2019, compared to +20% on half-yearly values) and, albeit to a lesser extent, of cutlery.
In contrast, global demand for furniture, (+32% in 2021-Q3) and glasses and tableware(+11%) was also found to be accelerating in Q3 2021.

Given the current scenario, the analysis of the export dynamics of the main home goods producing countries allows to highlight which of these competitors has been more able to intercept this strong growth phase of the world demand. 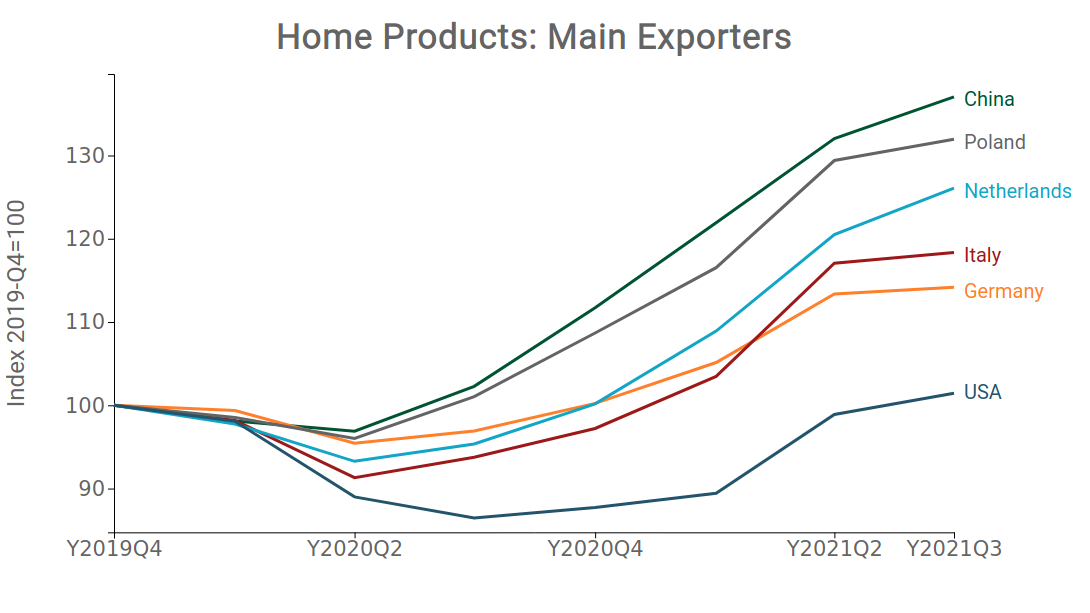 The chart shows the ranking of countries in terms of better performance compared to their pre-pandemic positioning. Among the countries analyzed, China and Poland are those that have limited the reduction in exports during the most acute phase of the crisis and now record the highest growth rates. Germany and Italy register similar, but less dynamic performances than China, Poland and, also, the Netherlands. Among the main exporters of household goods, the difficulties of US producers, which were severely hit in 2020 and reported contained growth this year, should be noticed.