In recent years Russia-China have strengthened their economic and commercial ties, but for Beijing weighs the integration with the West

The outbreak of the conflict in Ukraine led to a decisive response from the international community towards Russia, which included a package of sanctions adopted synergistically by the entire Western world.
The Chinese position was instead less clear-cut, which avoided formally taking sides and, on the contrary, did not deny some measures of indirect support to the Russian economy affected by Western sanctions such as, for example, the easing of customs restrictions on imports of Russian wheat.

Since the early days of the war, the People's Republic of China has in fact maintained an unclear position, mainly due to the peculiarity of its "double-stranded" economic and commercial ties both with the Kremlin and with the West.

On the Russian front, in recent years there has been a gradual increase in the importance of China for the Kremlin's balance of trade, both as a supplier country and as a destination market for Moscow's exports.

On the front of the main active exporters, the weight covered by the European Union and China experienced a diametrically opposite dynamic (see Fig.1). 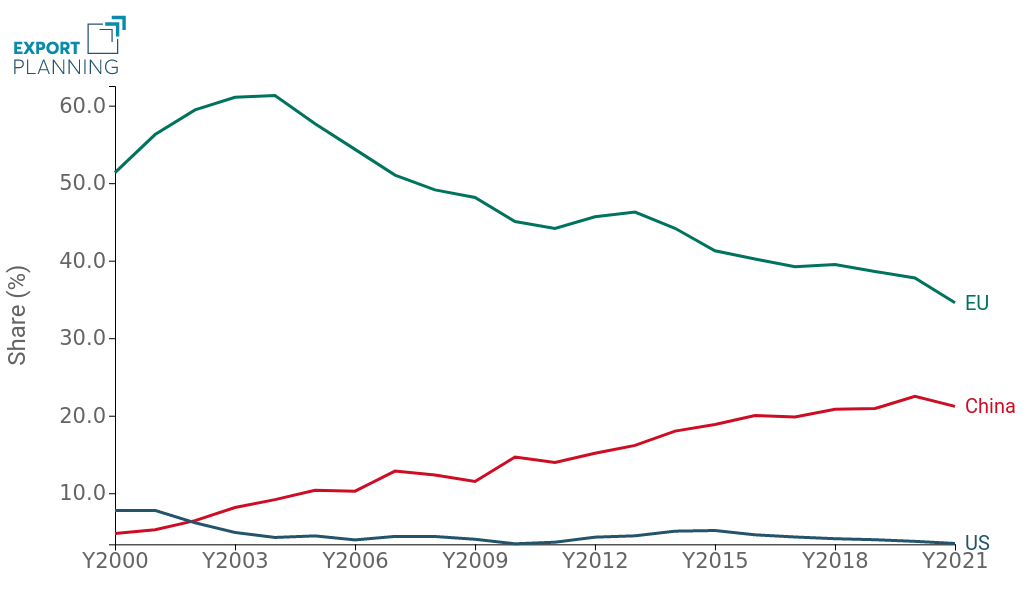 While at the beginning of the century, European exporters held more than 50% of Russian market imports, already since before 2014 there has been a gradual downsizing of the EU's role as Moscow's supplier partner. At the same time, China, on the other hand, has grown to represent more than 20% of Russian imports today.
If we consider the several countries of the world individually, China is the first active exporter on the market, however it must be stressed that it is still the European Union, taken as a whole, the Russia's largest commercial supplier.

A similar situation is found on the main destination markets of Russian exports, with the EU that still plays a significant role, although it has ceded significant space to China in recent years (Fig.2). 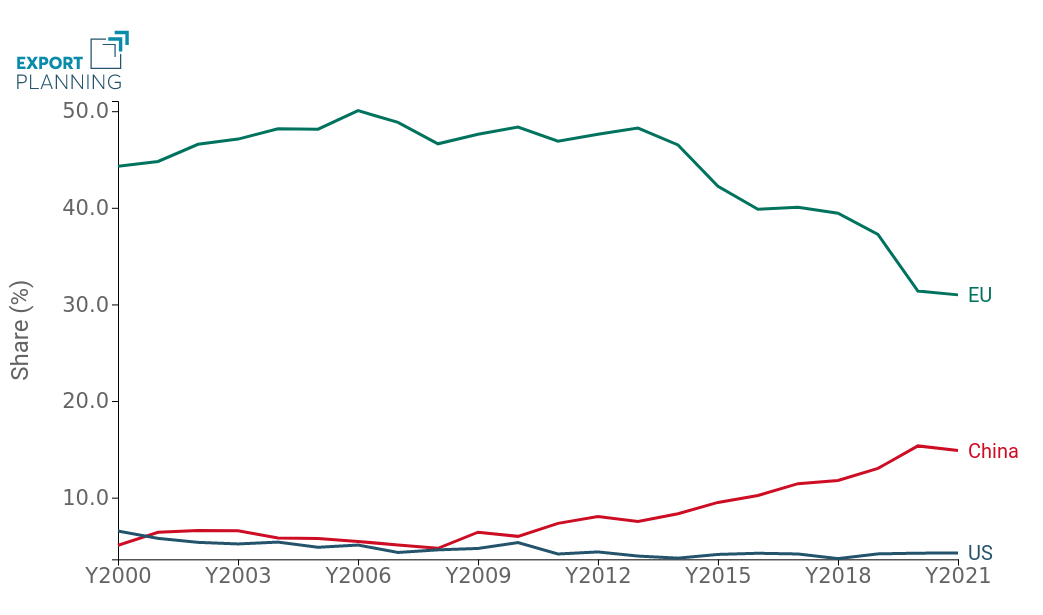 In 2013 the European Union was the destination of more than 48% of the Kremlin's exports, a result strongly supported by gas sales. Subsequently, especially following the sanctions for the invasion of Crimea, there was a gradual turn of Russian sales towards the Chinese market, which, although not entirely replacing, in terms of importance, the single European market, has shown a gradual increase in its relevance within the market portfolio of Russian companies.

Although there has been a gradual consolidation in Russia-China trade relations over the past few years, other complexities remain on the Chinese side that make unprofitable for China to strongly support Russian action in Ukraine.

In fact, China's significant integration in international value chains makes Russia-China trade relations extremely unbalanced. If the weight of China on the Russian commercial interchange is in fact close to 18%, the weight of Russia for Beijing is only 2%. This result is far lower than the weight of the European Union (about 13.6% in 2021) and the United States (about 12.3% in 2021), as shown in Fig.3. 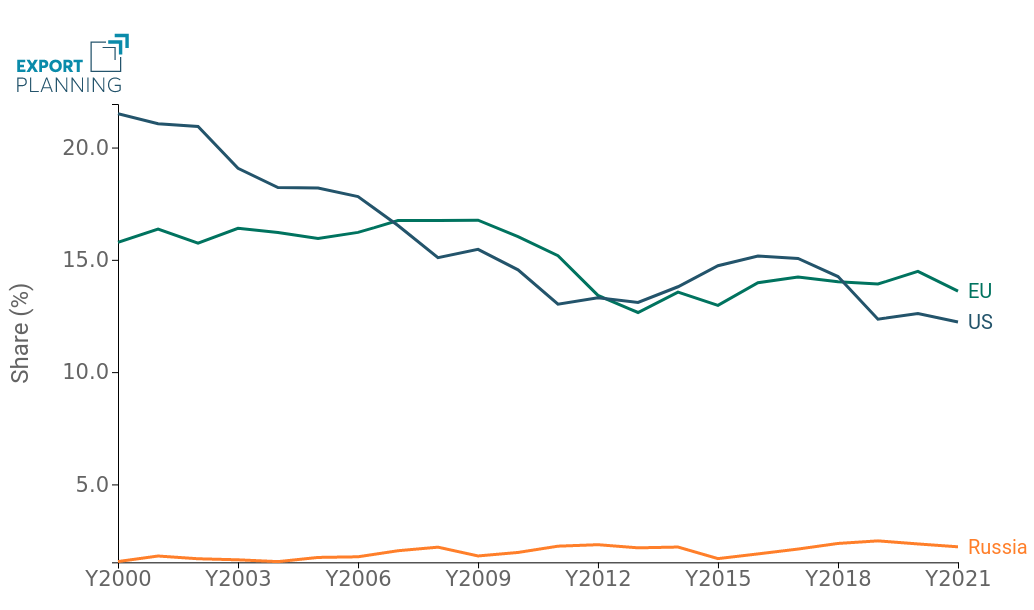 Since entering the WTO, Beijing has in fact built a massive economic presence abroad; this element exposes China to significant ancillary risks should it be overwhelmed by any secondary sanctions by the United States and the European Union for openly supporting Russia. Despite the strengthening of Russia-China trade relations and the objectives of strategic cooperation between the two economies, it is in fact unlikely that the Russian market alone could constitute an alternative market for the country of the Dragon.