Foreign trade data, available in Exportpedia , show that export performance of Southern Italy's regions seem to have suffered a setback in H1-2019. 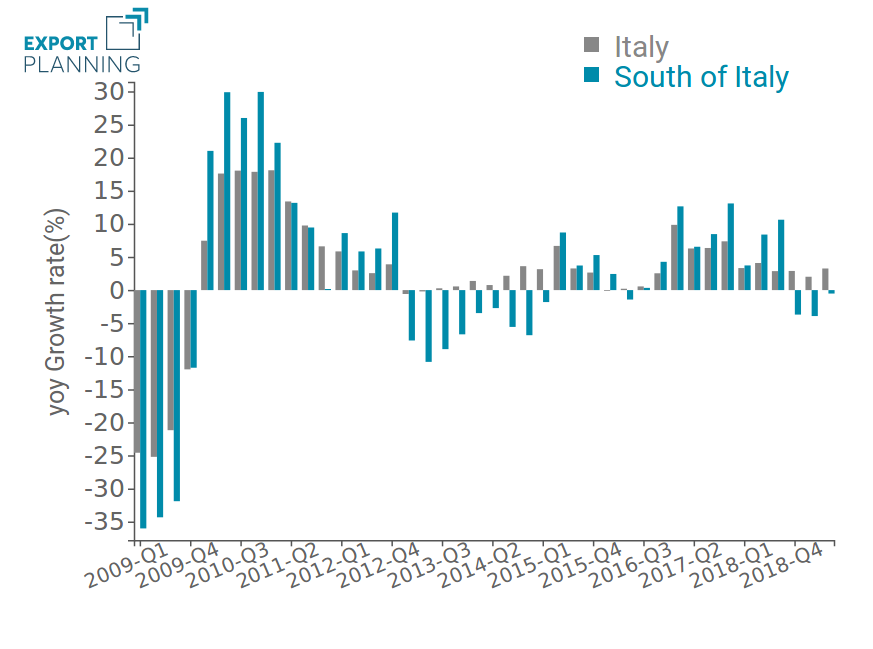 The performance of exports in the southern regions was heavily penalized, above all, by the decline in the export of petrochemical products, and motor vehicle exports. The province of Syracuse, for example, has reduced the value of its petrochemical exports by € 660 million, while the province of Potenza has registered a reduction of around € 400 million in the first half of the year.
The exports of the South are in fact strongly dependent on foreign sales of oil and means of transport, which continue to represent the most considerable part of the area's exports, as shown in Fig.2.

On the other hand, the representative sectors of Made in Italy in the world such as Agribusiness, Home System and Fashion, although showing a trend of timid growth, are still far from representing the majority of territorial exports. On the basis of the analysis, the challenge of internationalization is therefore highly relevant for the industries of Southern Italy, where Small and Medium Enterprises have a rilevant challenge.

In the third quarter of 2021, for the first time, Italian exports overtook French exports [ Read all ]

In the second quarter of 2021, growth in global demand continued and registered a 7% increase in quantity over Q2-2019 [ Read all ]

How to evaluate the success of a marketing mix