The turkish lira has not stopped its prolonged phase of weakening, closing the financial week at an all time low of 8.7 lira per dollar, depreciating by -2.7%. As can be seen from the chart, after the recovery phase experienced over the winter period, which established the Turkish currency as one of the best performing currencies in emerging markets; as of March the markets evaluation has completely changed its direction. 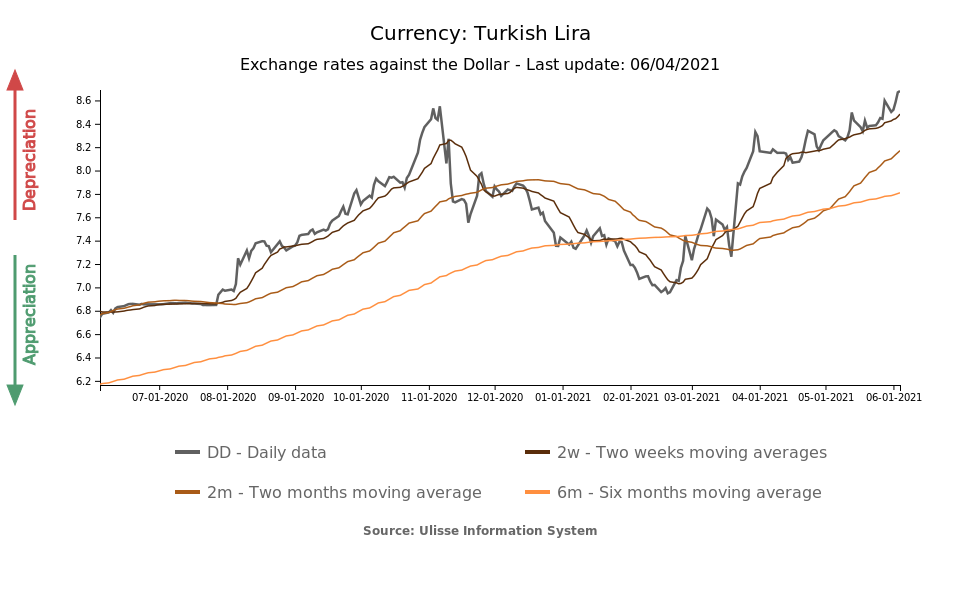 The reason for this sudden downturn in sentiment is due to the pressure that the Ankara government is exerting on the country's central bank.
As reported in a previous article, the Erdogan administration's decision to abandon the orthodox line by appointing Sahap Kavcioglu (whose ideas are in line with those of the president) as the new governor of the central bank, has gradually eroded the credibility built up in previous months. The shift in ledearship had taken place following the increase of benchmark interest rates to 19% in March, which Prime Minister Erdogan considered too high to stimulate investment in the country.

The reaction of forex markets has been immediate with the lira losing as much as 2 percentage points between Tuesday and Friday. According to most economists and investors, an expansionary policy in this phase of high-inflation would cause further damage to the Country, generating the risk of an inflationary spiral. 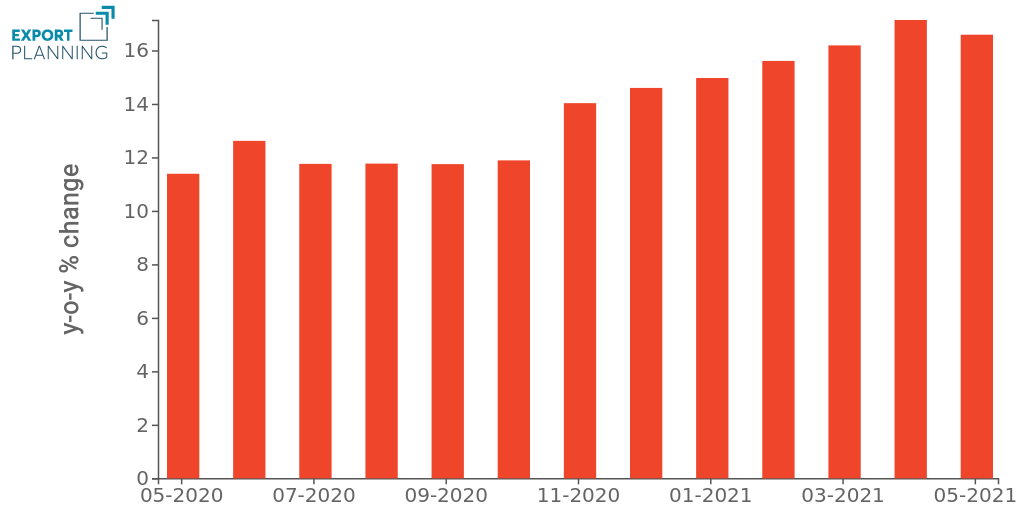 In this context of high uncertainty, price stability should therefore be the primary objective of the central bank: in fact, in both April and May the year-over-year change in the Turkish Consumer Price Index was 17%, as illustrated by the chart.

On the contrary, as opposed to February, the deterioration in financial markets other than Forex was more contained: between Tuesday 1 and Thursday 3 June, the BIST 100 index fell only 0.2% while 10 year bond yields fell only from 18.7 to 19. The worsening was surely limited by the response of Governor Kavcioglu who stepped back and partly heartened investors. "Expectations of a rapid rate cut, which are not based on fair grounds, must disappear", Kavcioglu said in a speech available on the bank's website.

So the country's scenario remains very complex and exchange rate risk high. Moreover, the reserves at the central bank's disposal are limited and less than $50 billion making it impossible to think of actions to safeguard the exchange rate level against market assessments.