The transformation of the Russian food supply chain

Since the early years of the 21st century, a change of trend in the agri-food sector has been taking place in Russia

Russia and Ukraine have always been considered the true breadbasket of Europe. The two countries are rich in cultivable lands and livestock and together they could satisfy the whole food demand of the Old Continent. However, Russian specialization mainly involved the phases with lower added value, with a production based mainly on raw products, such as wheat, largely destined for export. Faced with a national production of packaged food products not sufficient to satisfy domestic demand, over the years, the country has always been dependent on imports from abroad in the sector. Suffice it to say that, according to some analysts, at the beginning of the century Russia imported about 50% of the food that ended up on the tables of its citizens.

However, following the invasion of Crimea and the sanctions of the allies, the Russian government launched counter-sanctions which caused the embargo of some of the main food products exported from western countries to Russia, first of all from the European Union, which held about 50% of the total Russian imports of the sector. This phenomenon has further boosted Russian agro-food production, with a view to increasing food independence. 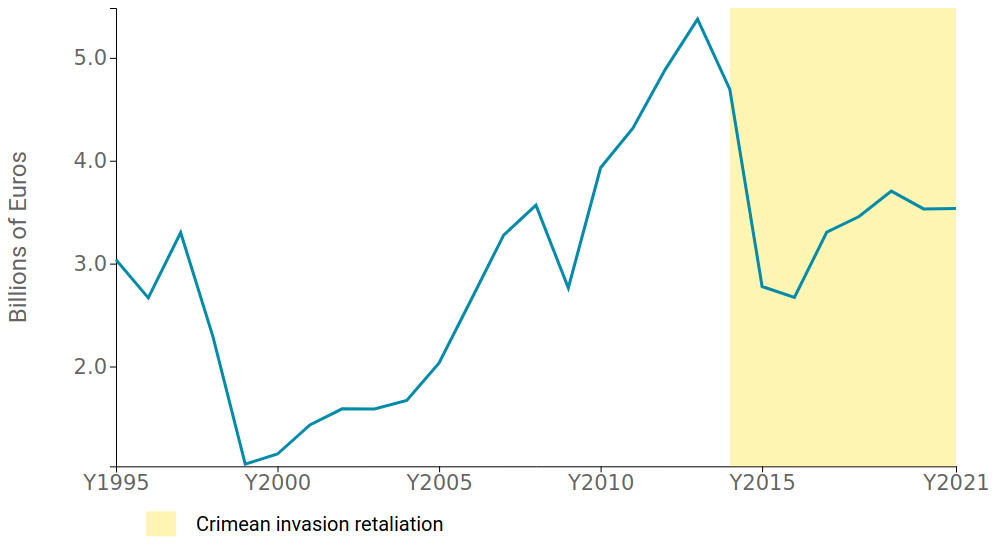 As shown in Fig. 1, Russian imports of European food products have declined sharply since 2014, initially falling to 2.6 billion in 2015, and then settling at 3.5 billion in recent years.

The process of consolidation of the national agro-food industry has been on the Russian political agenda since Putin came to power. In fact, the Soviet government decided to invest massively in the local agro-food industry as early as 2004, strengthening that part of the chain which concerns the processing of raw materials. State policies have in fact provided for a program to stimulate investments and production. In recent years, also as a consequence of the embargo, the process has been consolidated and production has further intensified, reaching over 7.5 billion euros by 2021 (Fig. 2). 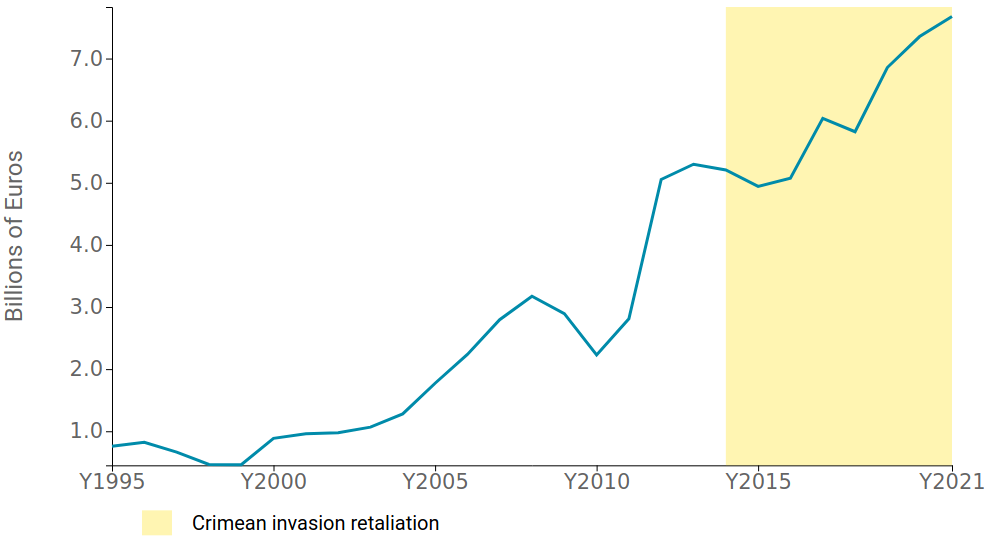 The objective of consolidating and strengthening the local agro-food industry has made Russia one of the main destination markets in the world for instrumental mechanics of the agro-food chain. Analyzing, in fact, the entire supply chain, Russia turns out to be the sixth global market for imports of agricultural machinery, and in the top 5 for imports of food machinery and for packaging and wrapping.

However, since 2014, hand in hand with sanctions and the agri-food embargo, there has been a gradual change in the competitive balance of the largest exporters in the sector on the Russian market. 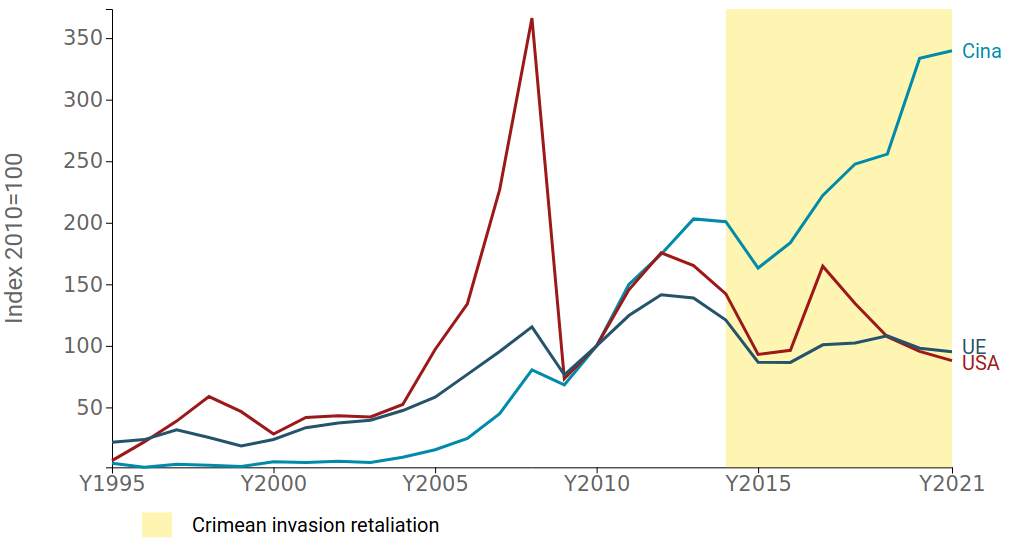 In the face of the strong penalty suffered by the EU and USA, we can observe how China is the trade partner that has recorded the greatest growth, registering in 2021 an export value more than three times greater than that of ten years ago.

Russia, since Putin's arrival on the scene, has strongly downsized its agri-food sector in order to become one of the global benchmarks in the sector. Despite the Ukrainian crisis of 2014, following particularly favorable state policies for agricultural development, in recent years it has invested heavily in the purchase of agricultural, food and packaging machinery, strengthening, in particular, trade relations with China.