No significant fluctuations for the dollar this week. The greenback mantains its balance between two opposite factors: its safe-haven appeal and the deterioration of the national economic situation.
New negative economic news has come from the States in recent days: March data for retail sales showed a 8.7% MoM drop; same trend for manufacturing (-6.3% MoM) and industrial production (-5.4% MoM). Considering that in the United States the lockdown started around mid-March, these figures look quite worrying.
No good news on the employment front either: last week 5.2 million initial jobless claims were registered, bringing the total number to around 20 million.

The euro closes the week with relative stability, as well. The main factor affecting the single currency in the short term is the political uncertainty regarding common financial measures to fight the health emergency at a European level.
A new meeting of the European Council will be held on 23 April, a key deadline for the continuation of the debate on these issues. In the meanwhile, the euro risks to be penalized by the rift between northern and southern Europe on the subject of aid funding. Yesterday, the European Parliament basically sank the Coronabonds, but approved the Recovery Bonds. However, the decisions of Parliament are not binding to the Council. All in all, the ultimate market fear is the very hold of the European project.

Due to the numerous factors involved, the euro-dollar exchange rate therefore remains marked by a high degree of uncertainty.

A look at EM currencies

In this context of relative stabilization, floating emerging markets currencies signal to have left the most dramatic phase of the currency crisis behind them, giving way to a phase of stability from the second half of March.
Asian currencies, for example, confirm this trend. Among them, the Thai baht showed the biggest drop due to the Coronavirus epidemic, and consequent rising risk aversion; smaller weakening for Malaysian ringgit and Indian rupee. 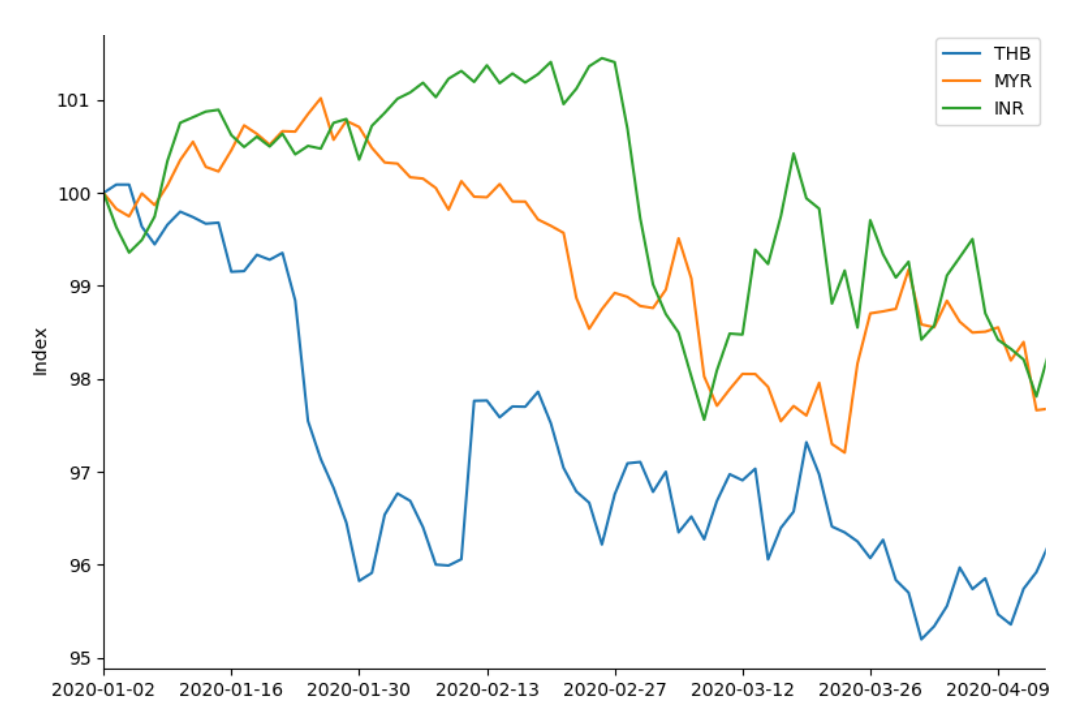 The Thai baht followed a long trend of appreciation between 2016 and 2019, supported by the presence of a positive current account balance, due to its flourishing tourism industry. The weakening of the baht since the beginning of 2020 is not only due to the epidemic, which threatens tourism as well as general economic activity, but also to a targeted action of national policy-makers - between the end of 2019 and the beginning of 2020 - aimed at countering an excessive appreciation, harmful in terms of competitiveness.

With regard to the situation of Latin American currencies, we can note that the underlying dynamics is similar to the one described for Asian currencies. The Mexican peso shows the most pronounced fall, followed by the Brazilian real and the Colombian peso. All currencies considered have been on a stabilizing path since the second half of March, showing fewer fluctuations than Asian currencies. 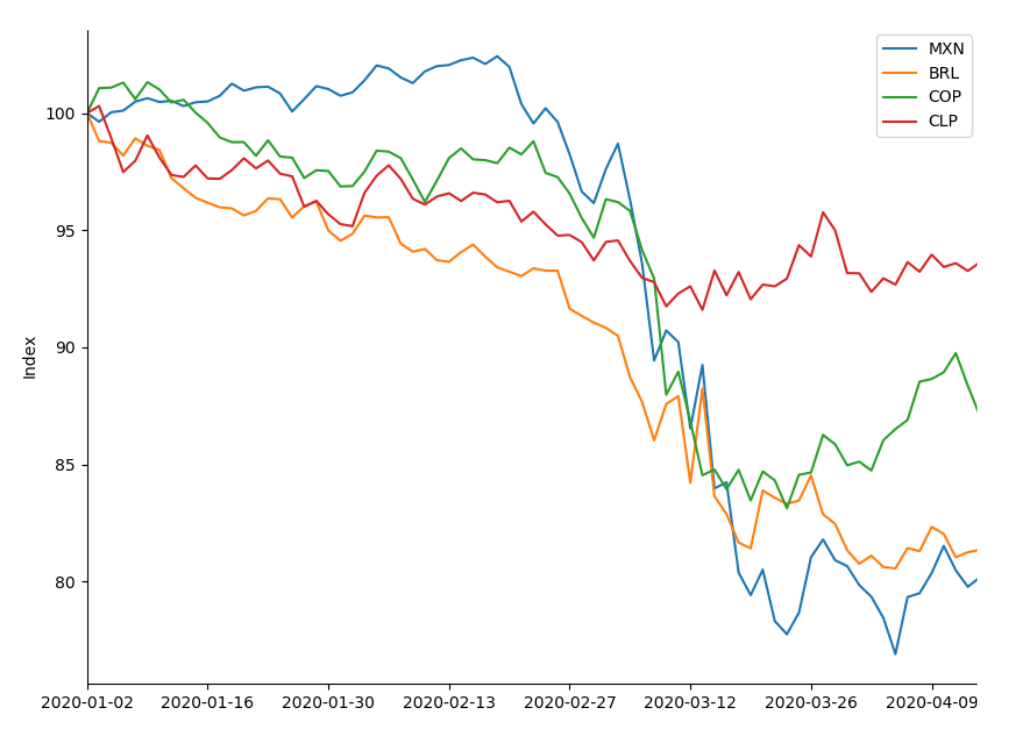 As regards other EM currencies, the Russian ruble recorded the sharpest fall, also due to tensions on the oil market. Since mid-March a recovery has taken place, also thanks to the support of the Central Bank of the Russian Federation. The Polish zloty has stabilized as well, while the Czech koruna and the Hungarian forint showed a partial recovery. The Turkish lira, on the other hand, is keeping on weakining, likely due to the Covid effect adding up to structural macroeconomic problems.

The stabilization of EM currencies is certainly due, to a large extent, to the dollar, which has put its appreciation trend on hold, after a phase of significant appreciation in the first weeks of the pandemic. However, a significant contribution also comes from the central banks of the countries involved, which in many cases resorted to massive sales of foreign exchange reserves to offset the fall in their currencies.
In March, Russian foreign exchange reserves fell by $7 billion; in the same month, the Banco Central do Brasil intervened on FX markets (about $20 billion), as did Mexico, Peru and Colombia, with interventions amounting to about $2 billion each (source: Financial Times).