World trade data about the first three months of the year suggest an "optimistic" scenario, with an overall downturn slightly higher than 10% in 2020.

After an already difficult 2019, world trade in the first quarter of 2020 registered a strong fall.
Measuring the intensity of this fall is particularly important in this phase of great uncertainty, since it can help us understand the effects on world trade of the health crisis and the consequent lockdowns in many countries around the world. At the beginning of April, the WTO published two forecast scenarios for world trade: an optimistic one and a pessimistic one. Depending on the scenario, world trade is expected to fall by 13% or 32% in 2020. Analysis of the economic data can help us understand which of the two scenarios is actually taking place and whether the WTO assessments were correct.

The graph below shows the growth rates of the world demand measured in dollars calculated by:

The high correspondence of the two series confirmes the reliability of both sources. 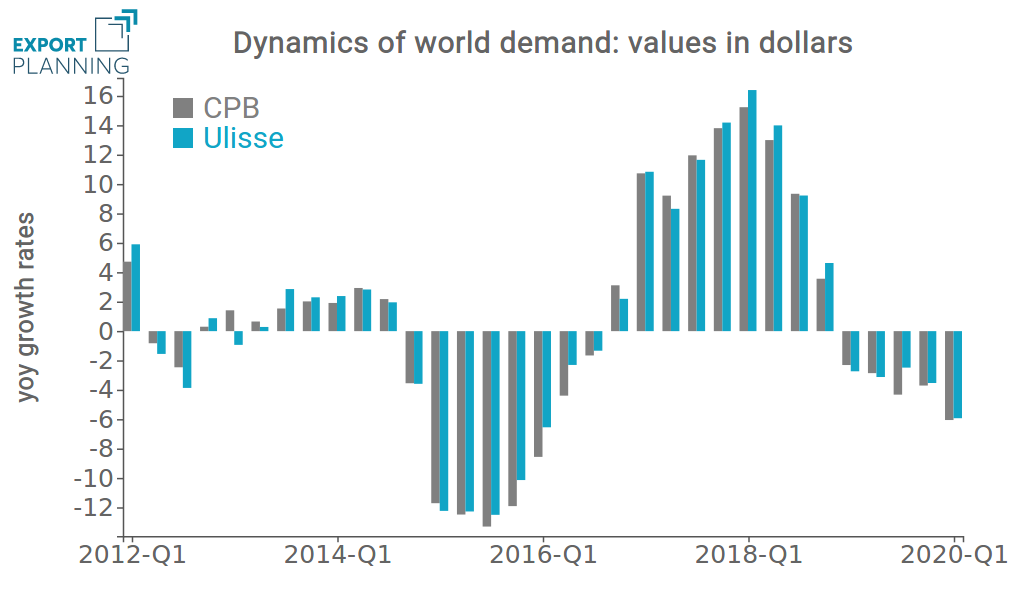 Before reading the economic situation using the growth rates in world demand measured in current dollars, it should be considered that they reflect three phenomena:

The graph below shows the dynamics of world trade at constant prices - calculated by purging changes in world trade in current dollars from both changes in prices and exchange rates - measured by both CPB and StudiaBo. The differences between the two series reflect the different deflation methods used. However, these differences are marginal and allow an unambiguous conclusion of what happened during 2019 and Q1-2020. 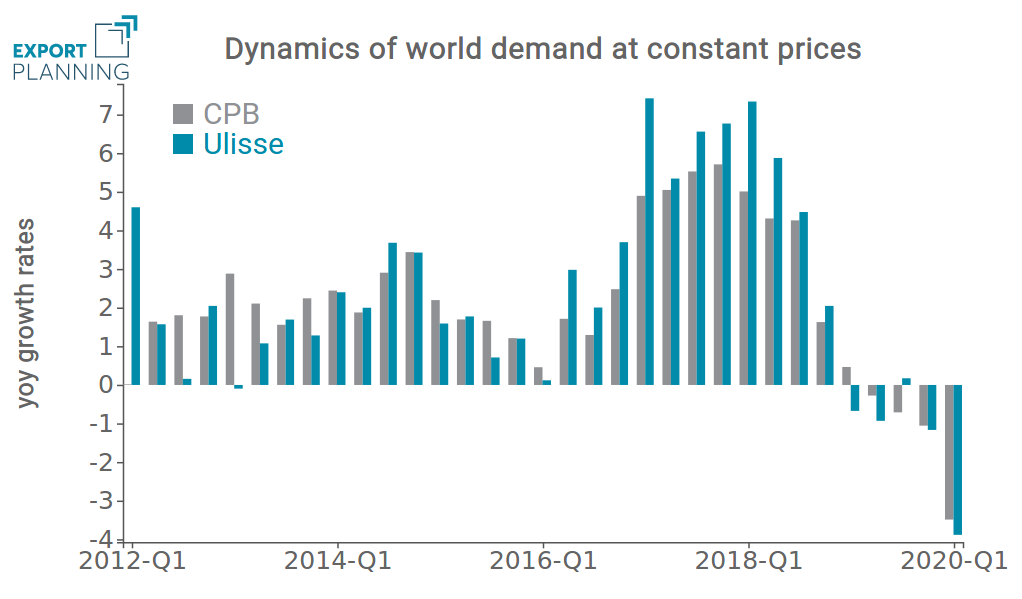 The following facts emerge from the analysis of the dynamics of these two series:

The current phase of the world economy is characterised by profound uncertainty as to the intensity with which the simultaneous shock of supply and demand on multiple countries will result in falls in income, activity and international trade. However, with the available information on the first quarter of 2020, it can be affirmed - with caution - that the collapse in world trade in this crisis may be less intense than that which characterised the 2008-2009 period.

During the pandemic year, global demand for agricultural machinery entered a new phase of growth [ Read all ]

EU exports continue to recover, especially for Central and Eastern Europe, although slowing slightly in early 2021 [ Read all ]