The case of bicycle components

The ongoing global health crisis has caused an important shock in international trade, which has recorded a strong contraction in the first half of 2020 compared to the first 6 months of 2019. The Covid-19 shockwave posed important questions about the future of international trade, highlighting the fragility of the long and complex supply chains that characterize the current international context. One of the possible consequences of post-Covid era is a transformation of the current value chains - which mainly see China as a productive pole and main exporter - favoring a push towards a greater regionalization and fragmentation of trades. Moreover, the strong dependence of world value chains on China is increasing the attention of companies towards a diversification of their suppliers. An example of the trend towards supplier diversification can be observed by analyzing the bicycle components market.

Bicycles: the difficulties of the sector during lockdown

During the lockdown period a growing interest in bicycles has developed. As can be seen from the graph below, internet searches with "bicycles" as a topic have increased significantly since the beginning of March.

The reasons behind this increase are multiple, and are to be found in factors such as:

However, what has occurred in conjunction with the increase in interest in bicycles is a contraction in product supply due to the closure of most of the world's bicycle and component manufacturers. Looking at the major exporters of bicycle components (frames, forks, brakes, etc.), it can be seen that the offer is strongly polarized in Asia, with the top three exporting countries - China, Japan and Singapore - holding almost 60% of the total shares of global bicycle components exports. 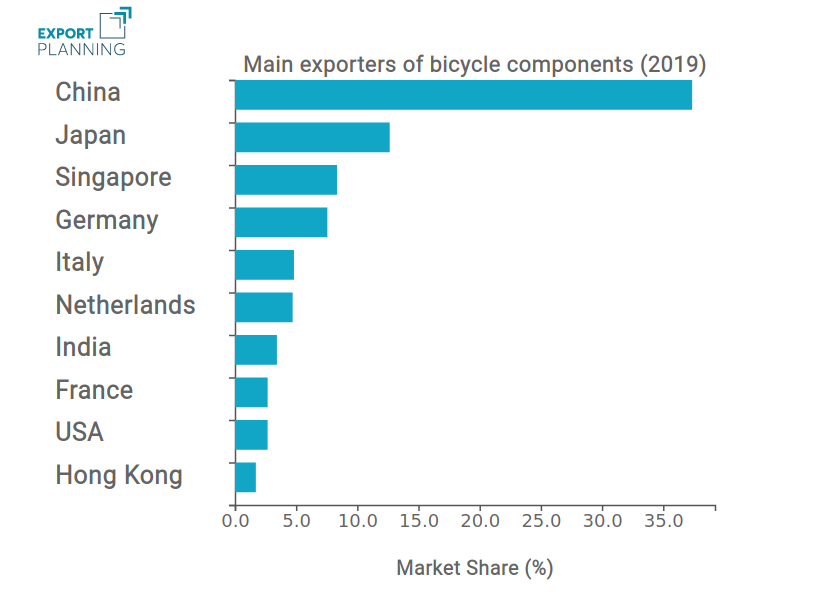 As the main suppliers of components have been lacking at a time of growing demand for bicycles, the reaction has been the search for new suppliers. Thus began a process of diversification.

The diversification of suppliers 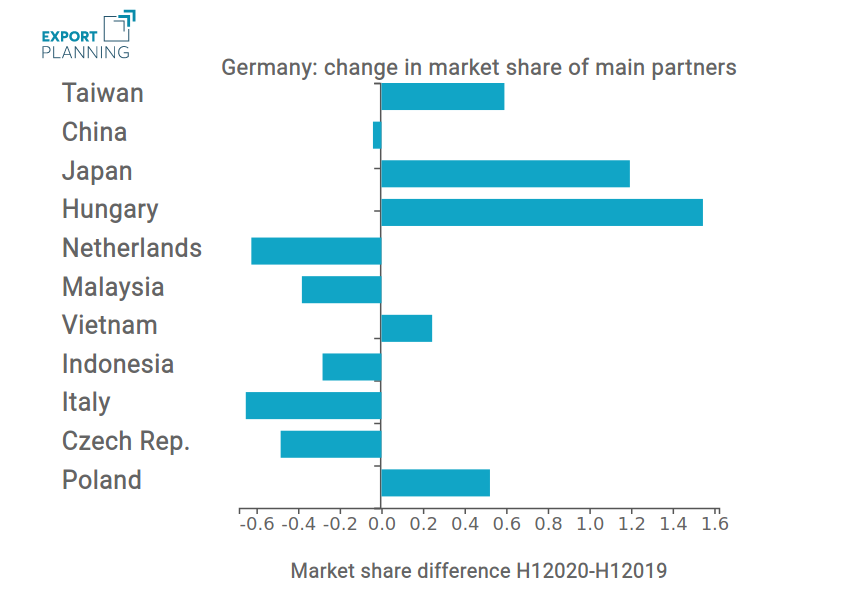 What can be seen in the case of Germany is an increase in the shares of substitute countries for China (in particular Taiwan) and neighboring countries: Hungary and Poland. The increase in the share of the latter two partners in Germany could represent a first trend towards a process of regionalization, i.e. favouring partners from the same "region" - in this case, Europe. In the Old Continent, Germany is the main exporting country and, in a process of regionalisation, Eastern European countries such as Hungary and Poland would be favoured as suppliers of semi-finished goods. A first impetus to regionalization is also visible for the second country for importing bicycle components: the Netherlands. The home of tulips serves as a distribution country for the whole of Europe, with one of the largest airports and by far the largest seaport in Europe (Rotterdam). In the Netherlands, China has lost more than 4 percentage points to Asian dragon-like countries such as Taiwan and countries geographically close to the Netherlands such as Germany. 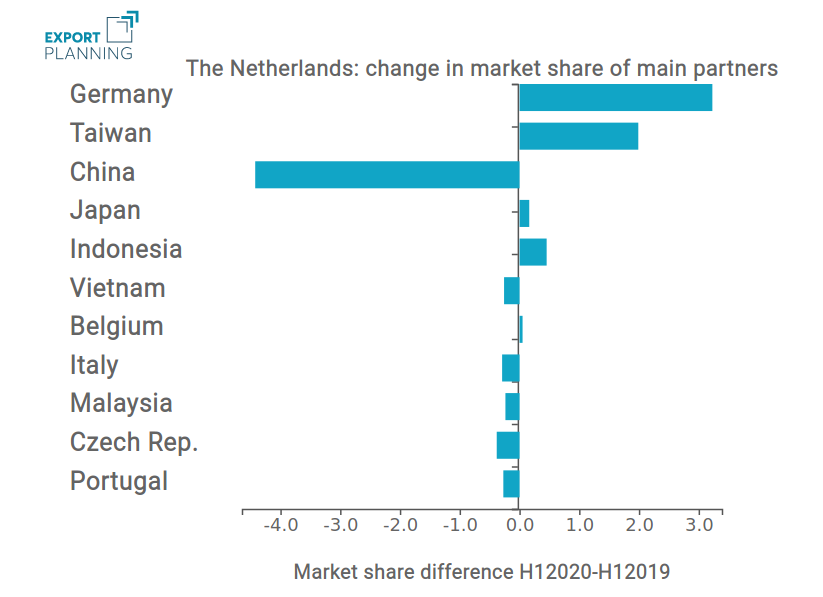 The analysis developed during the article seems to suggest a trend for bicycle manufacturers to abandon China as a world factory in favor of greater diversification of suppliers. The coming months will be crucial to assess how much of the changes in sourcing are to be considered structural and how much of a short-term need, confirming or not a trend towards diversification and regionalization of trade.

By 2022, all major segments of the sector had recovered to pre-pandemic levels, thanks to the presence of several BLOC markets (BLue OCean) [ Read all ]