The European Race for Electric Mobility: an analysis of Kick Scooters and Bicycles

The sector is experiencing a strong growth, with an increasing role of Asian partners

The electric vehicles sector for urban micromobility is gaining growing interest on the international scene. The shift in urban mobility imposed by the health emergency has also given a further boost to the sector's rise. This dynamics is evident from the graph below, which shows in red the trend of google searches on the topic e-bike and in blue those for electric kick-scooters.

Despite the seasonality that characterizes the two products, it is clear that the interest about the two categories of goods recorded a strong growth, which peaked in spring 2020. The result is partly linked to the transformations in urban mobility caused by the pandemic, when alternatives to more traditional forms of transport have become more preferred, consolidating a trend in urban mobility that has been underway for some time.

Europe: one of the main import market

Europe is one of the most important destination markets on the international scene: in 2019 EU imports reached the threshold of € 3.7 billion, with an increase of 37% compared to the previous year.
Moreover, the upward trend of European imports of bicycles and electric kick-scooters has not suffered the negative effects of the health emergency, despite a relative slowdown compared to 2019 results. As the graph below shows, EU imports of electric bicycles maintained double-digit growth rates in all quarters of the new year. Of particular interest is also the performance highlighted by imports of electric kick-scooters, which remained in positive territory even after a highly dynamic 2019. 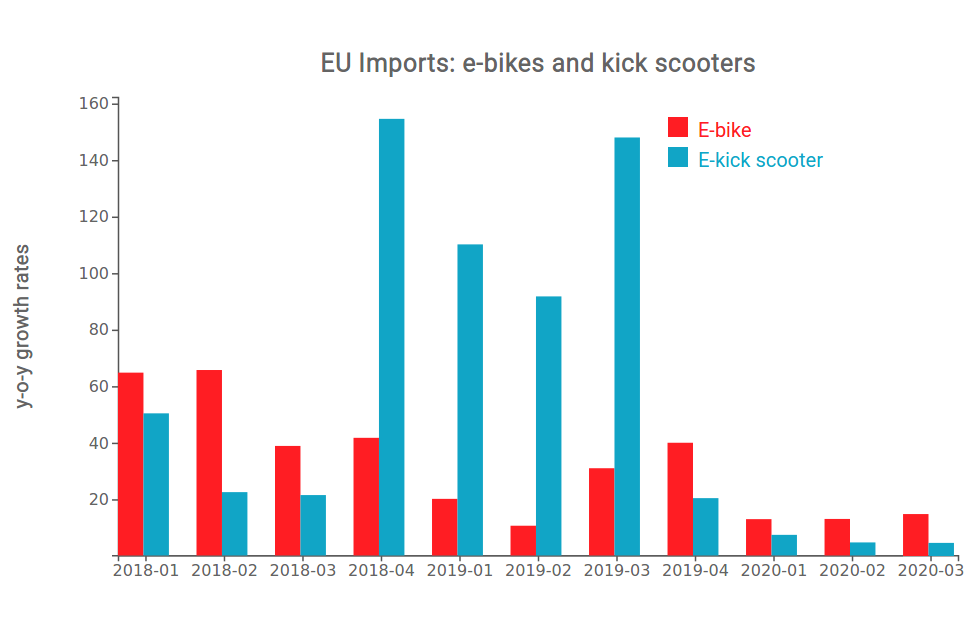 The role of Asian partners

Both Asian countries and Member States dominate the ranking of the main European trading partners for the sector. However, while the role of the Chinese partner in the electric bicycle sector has been greatly reduced in recent years, the same cannot be said for the more recent phenomenon of kick-scooters.

Until the end of 2018, China was the EU's main trading partner for e-bikes, with a market share of more than 20%. However, the imposition by the EU1 of anti-dumping duties on imports of electric bicycles from China drastically reduced the weight of the Dragon Country (see graph below). The measure, strongly desired by European manufacturers, has timidly benefited Germany and The Netherlands, which have recovered market share in recent years, but also Taiwan, which currently represents the first European trading partner. 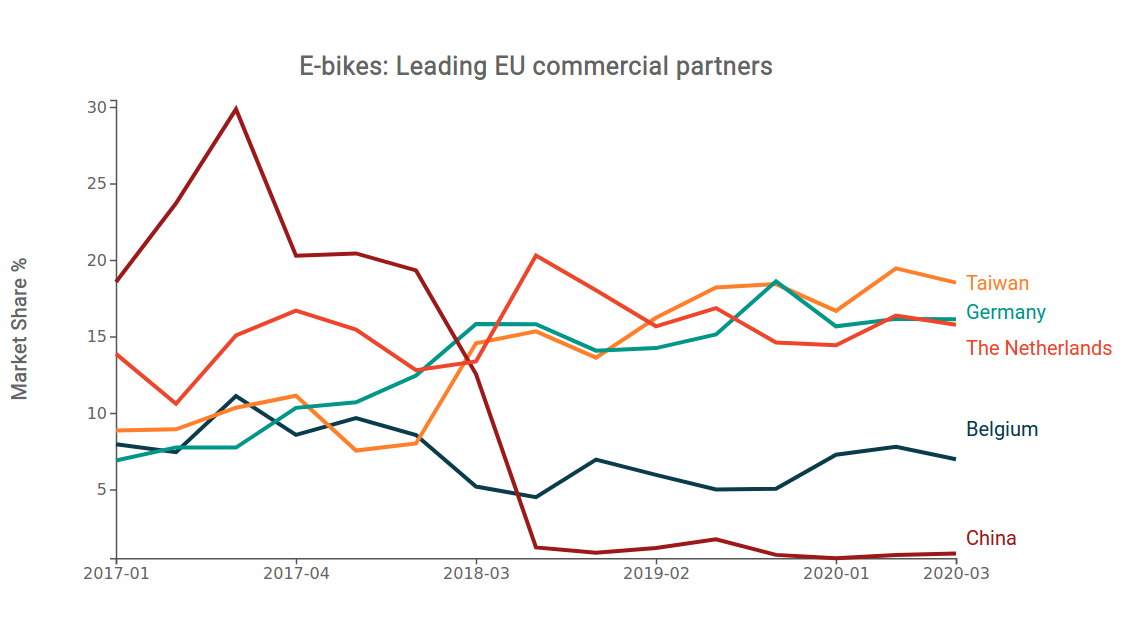 On the contrary, in the case of electric kick-scooters, China dominates the European market, with a market share close to 63% in 2019; the other EU countries have much smaller market shares. Moreover, China's market share does not seem to have dropped even during the last quarters of 2020. 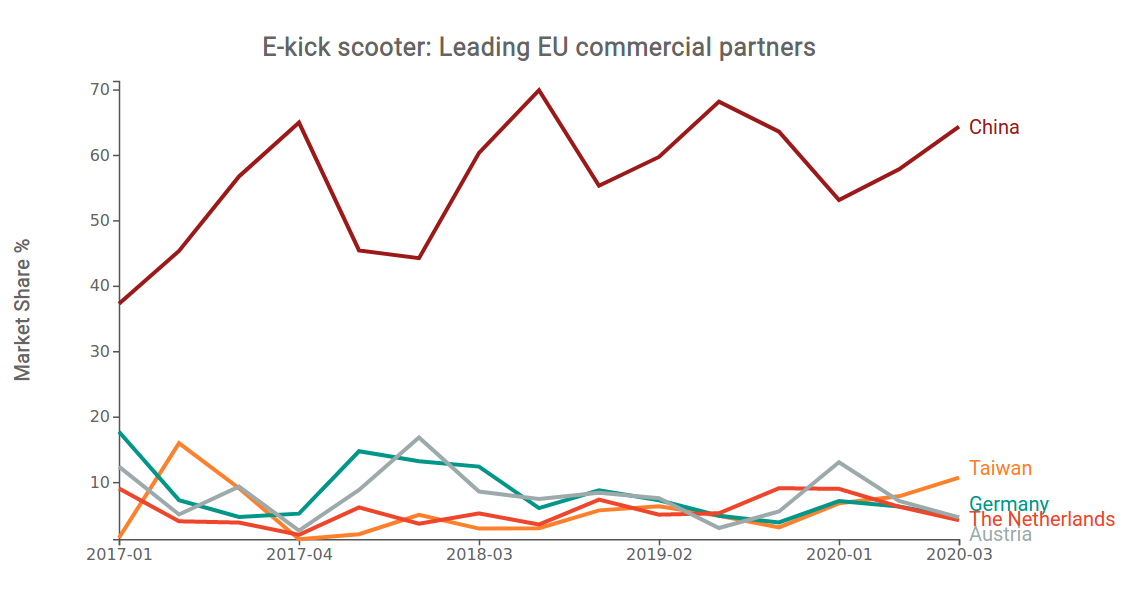 However, the recent success of electric kick-scooters is increasing attention to the security theme. If bicycles must meet the safety requirements of Community technical standards in order to be marketed in the EU, the same cannot be said for electric kick-scooters, for which an European standardisation process is still underway.
According to trade associations, in fact, the majority of kick-scooters on the market today are sold through online channels and marketplaces, without a verification of safety requirements. Therefore, the next development of the sector on the European scene will depend closely on European regulatory evolution, which, as in the case of bicycles, could change the competitive balance.

1 The provisional anti-dumping measures were introduced in July 2018, and then made definitive in January 2019. For more details see the link.