Although heavily involved in the fight against the current global Covid19 pandemic and its recessionary effects, the European Union has not stopped working in promoting free trade agreements and defending the principles of free trade in an economic context of increasing protectionism.
Last week the EU Trade Commissioner, Phil Hogan, announced the conclusion of a new trade agreement with Mexico, reiterating how openness and cooperation can be even more essential in a post-epidemic world.

After announcing a first preliminary agreement in 2018, negotiations on the technical aspects of the new EU-Mexico Free Trade Agreement were concluded last 28 April 2020.
Like the other free trade agreements signed by the EU over the last few years, the EU-Mexico latest trade agreement, which will replace the one in force since 2000, aims to preserve the economic benefits of free trade, limiting its negative effects, by providing rules on environmental respect, improvement of working conditions, intellectual property and sustainable development.

Highlights of the new trade agreement

Mexico is the first European trade partner in Latin America, in 2019 the total exchange of goods between the two areas was worth 70 billion €, showing a strong positive dynamic in the last twenty-five years as reported in the graph below. 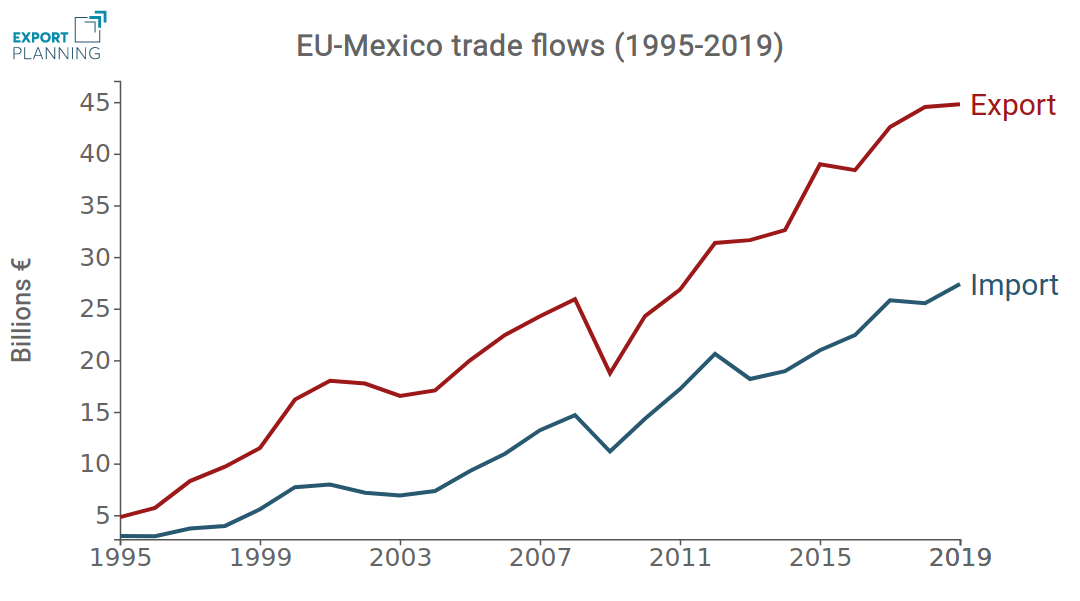 The first agreement in force since 2000 was the driving force behind the process of reciprocal trade opening, but its modernisation was necessary in order to broaden the scope of economic cooperation and increase trade in goods and services through four key points:

In particular, the removal of existing non-tariff barriers will have the advantage of aligning the Mexican market with international standards and EU rules of origin, thus benefiting European exports of intermediate goods such as automotive components and pharmaceutical products. As shown in the graph below, the two sectors represent a significant share of EU exports to the Mexican market. 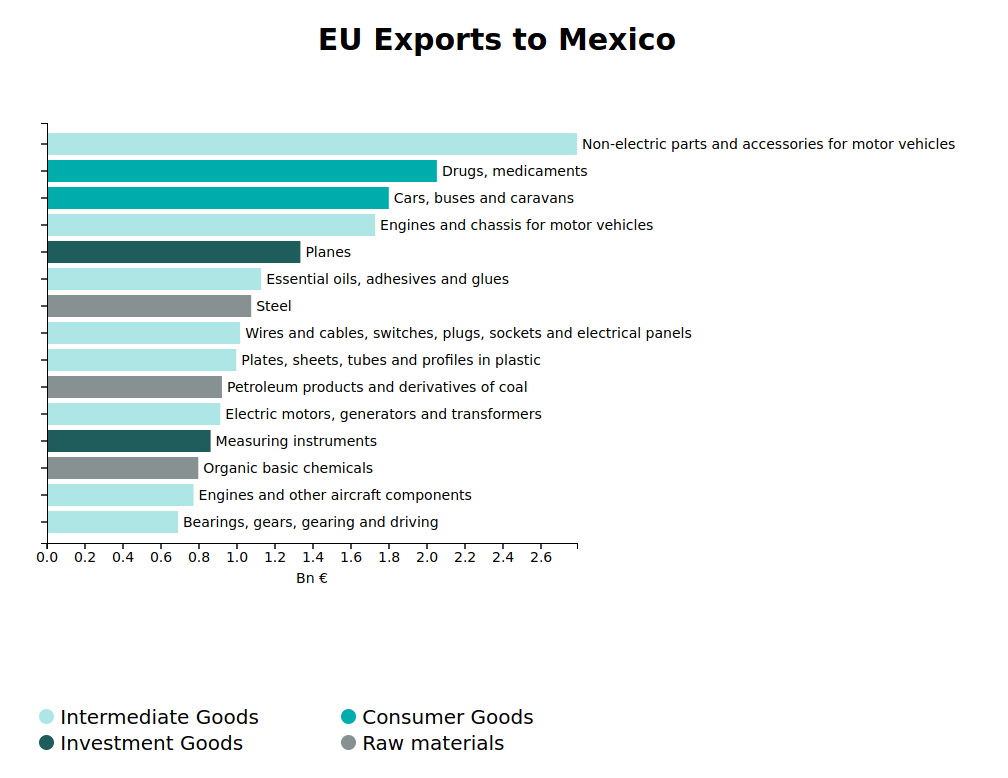 In addition, the total elimination of tariff barriers will benefit the European agri-food sector, on which are in force the highest tariff: European exports of pasta, for example, are subject to duties of over 20%, those of pork up to 45% and those of poultry up to 100%. One of the most significant aspects of the new trade agreement is the extension of the protection of EU geographical indications, which are currently guaranteed only to EU-made spirits. The agreement provides for the coverage of additional 340 European geographical indications on wines and food products.

Finally, the provisions on market access for local services and investment protection will make it easier for European and Mexican companies to invest in each other's markets. The aim is to ensure that companies have access to the public procurement market and to provide greater protection for investments. The new commercial agreement ensures greater transparency of investment conditions and introduces a new jurisdictional system.