Lebanon kneeling: what prospects for the country and the Lira?

The change of government gives a breather to the collapse of the Lebanese lira on the black market, but the crisis is still far from over

For several months now, Lebanon has been at the center of media attention due to the deep political, social and economic crisis in which the country finds.
As presented in a previous article, in addition to having to deal with persistent economic vulnerabilities, such as high public deficit and macroeconomic imbalances, in 2020 Lebanon has been hit by three other crises: economic-financial, health and finally the explosion at the port of Beirut in August 2020.
The country's drama is reflected in the trend of the currency, in continuous depreciation against the dollar since September 2019. In fact, among the currencies considered by the Big Mac Index of the Economist, the Lebanese lira is by far the most undervalued against the dollar, reaching -70.2% in July 2021.

Although on the official currency market the lira's exchange rate has been pegged to the US dollar since 1997, with a ratio of LBP 1507.5 per USD; on the secondary market ("Black market") the historic peg with the dollar has lost more than 90% of its value since the end of 2019, reflecting the country's economic collapse. Indeed, the collapse of capital inflows (-22% in 2019), has caused bankruptcies in the banking system, putting pressure on the exchange rate. 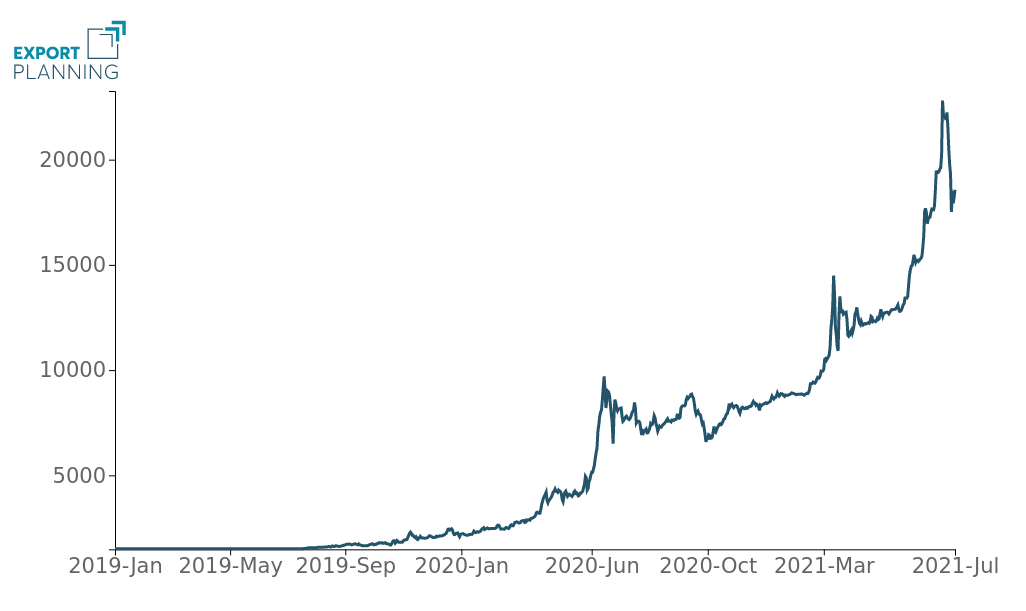 What event abruptly reversed this dynamic?"
Since the beginning of the crisis, one of the main accusations that the population has made against the institutions is the political stalemate: in fact, after the resignation of Hassan Diab's government following the explosion in August 2020, the task of forming the government passed to Saad Hariri last October, beginning a series of negotiations that have not led to any positive outcome. The state of impasse of the provisional government has not allowed the launch of the reforms necessary to restore solidity to the country's economy, blocking negotiations with the International Monetary Fund to obtain a rescue package. All this has exacerbated popular discontent, leading to protests throughout the country. After nine months of exhausting consultations, on July 15 Saad Hariri resigned from office, determining the record low of the lira on the black market.
On Monday 26 July, the burden of forming a new executive was assigned to Najib Mikati, former head of government in 2005 and 2011. Despite the fact that the former prime minister enjoys low popularity, perceived as one of the members of the ruling class responsible for the country's critical situation, sentiment on the secondary markets seems to be relatively positive, giving a brake to the lira's collapse. President Mikati, moreover, has said he is optimistic about the possibility of forming a new government in the short term, and of creating the conditions for the reforms that the country needs. There remains, however, a certain skepticism among analysts about the possibility of containing the economic and social collapse of the country in a short time.

The collapse of the economy

The currency devaluation caused by the financial crisis, resulted in an inflationary flare-up that reached triple digits as of July 2020.

In May of this year, the price index registered another 120% increase on a trend basis. According to data from the Central Administration of Statistics of the Lebanese Republic, in June, the consumer price index for food and non-alcoholic beverages rose by 222% compared to the same period in 2020. The effects of the crisis are spilling over especially to the less well-off, already pushing more than half the population below the poverty line.

In this dramatic context, the state of insolvency of the country and the availability of limited foreign exchange reserves and less than 25 billion dollars, prevent thinking about actions to safeguard the level of exchange and control inflation, making private investment and international aid essential to support the recovery.