In recent months, central banks around the world have been the undisputed stars of the economic and financial scene. In an environment marked by the uncertainty of an unbridled price hike, multiple central institutions have decided to respond to changing economic conditions by raising benchmark interest rates (repo rates).

While the Federal Reserve, the Bank of England and the European Central Bank are still keeping interest rates unchanged, in recent weeks we have repeatedly covered cases of countries - both developed and emerging - where the process of monetary policy normalization has progressively taken shape1.

In order to observe how markets are responding to central banks' decisions, in this week's in-depth currency focus we take stock of changes in benchmark interest rates. The chart below includes the countries that have changed their rates compared to the beginning of the year, showing the changes in basis points. 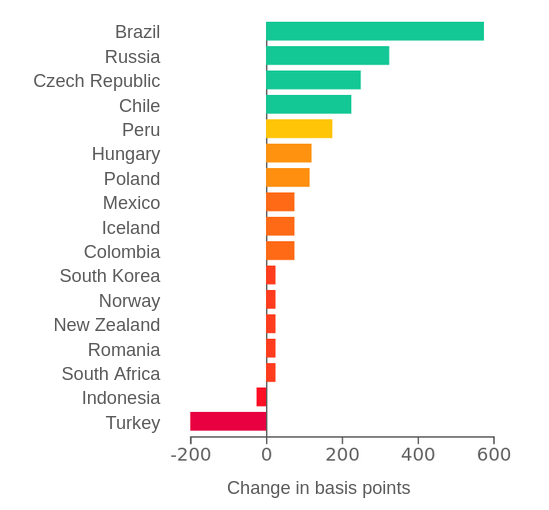 Excluding Indonesia and Turkey, which show negative rate changes, all other countries show a clear adherence to tighter monetary policies. Among the major promoters of key rate increases we can find Brazil, with an increase equal to 575 bp, followed by Russia (325 bp), Czech Republic (250 bp) and Chile (225 bp).

Brazilian Real on a roller coaster

In October, Banco Central do Brasil increased its key rate by 150 basis points to 7.75%. Despite the fact that the Brazilian central bank is in the midst of the most aggressive tightening cycle in the world, the dynamics of the Brazilian Real proves very volatile, with double-digit inflation giving the currency little breathing room. 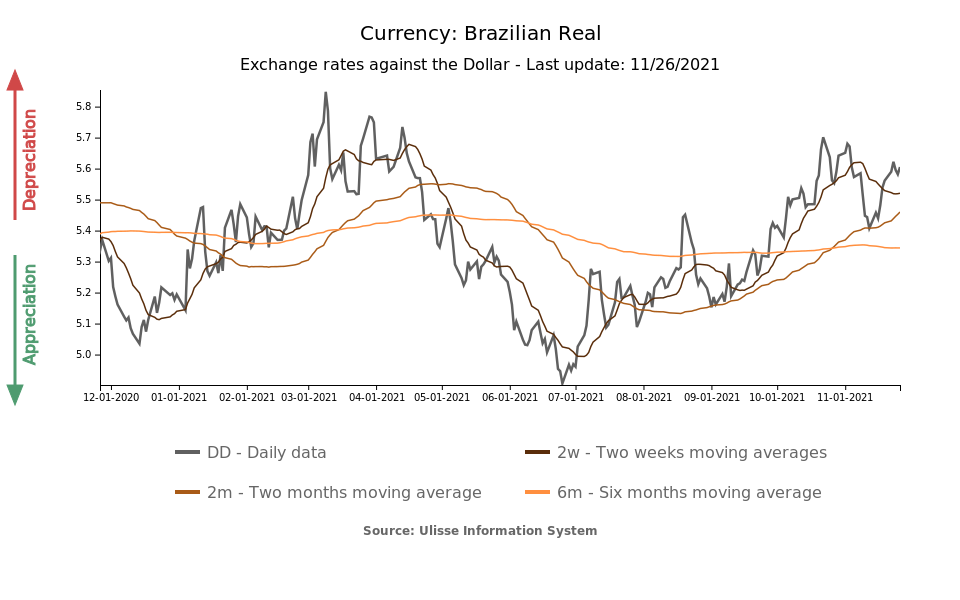 Go to our exchange rate tool

In November, annual inflation reached 10.7% year-over-year (while increasing by 1.17% compared to the previous month). According to some experts, the rate hike implemented in October is not enough to succeed in containing the rampant inflation; further hikes might therefore be necessary by the end of the year. 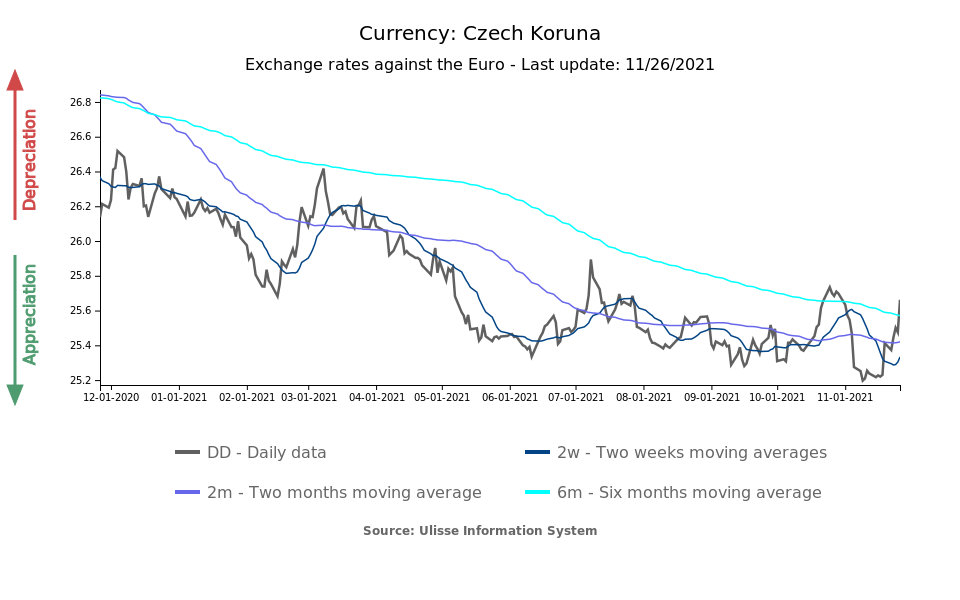 On Thursday, November 5, the Czech National Bank stunned markets by raising its key interest rate by 125 basis points. The rate hike, the highest since 1997, was a sharper move than analysts and markets had anticipated, and nearly doubled the key rate to 2.75%. After hitting the lowest point in over a year on Tuesday, November 9 (25.2 kroner per dollar), the currency started to depreciate again and closed the financial week at 25.7.

To conclude, we cannot miss the usual update on the alarming performance of the Turkish lira, which on Tuesday, November 23, reached a new record low of 12.55 TRY per dollar. The currency closes the financial week in partial recovery against the dollar, thanks to the low volatility of the markets in the last two days due to the closure of the US market for Thanksgiving. The anomalous performance of the lira is nothing but a mirror of the insane monetary policy of the central bank, which last Thursday, November 18, cut repo rates for the third time in a year to 15%. 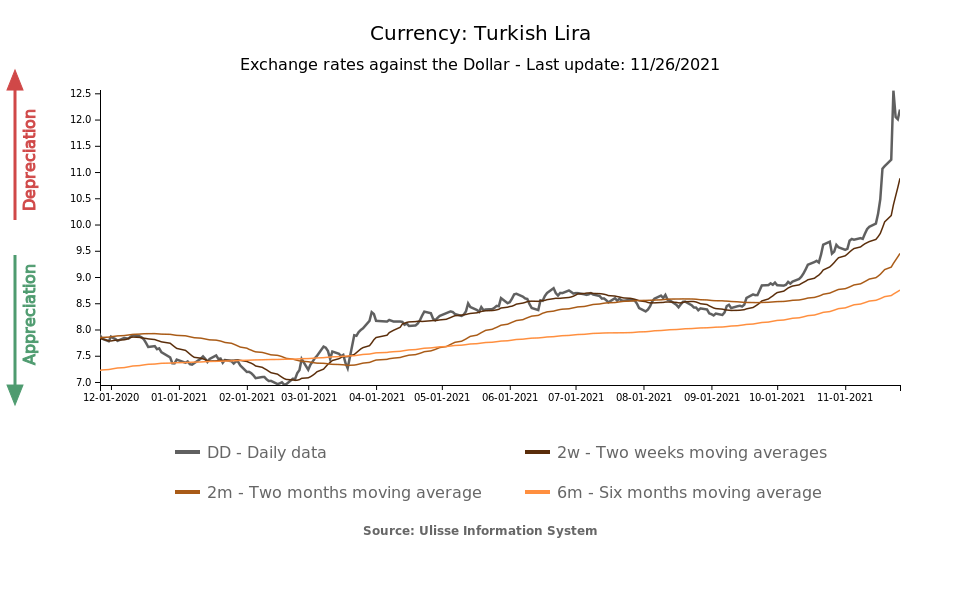 go to our exchange rate tool

To sum up, it is clear that investors are closely monitoring monetary policy developments in emerging markets, rewarding central banks that best work to prevent inflation from becoming a structural phenomenon.