The Strength of Israeli Shekel 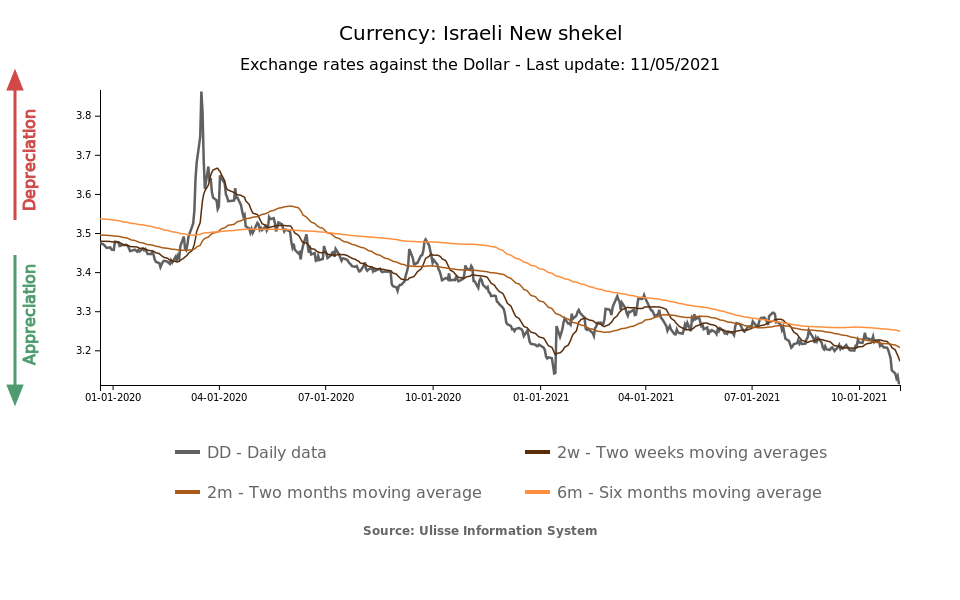 Before addressing the latest developments that may have exerted an impact on the currency, it might be helpful to quickly run through the highlights of 2021.
At the beginning of the year, the shekel reached a previous point of significant strength (3.14 ILS per USD), prompting the central bank to take action. The Bank of Israel announced a plan to purchase $30 billion worth of foreign currency during 2021, in an effort to moderate the negative effects of the shekel's appreciation on the country's economic activity, in a sensitive historical backdrop of post-pandemic recovery.

International Monetary Fund data, currently available till September, show that FX purchases have already been substantial: between January and September 2021, the country's foreign exchange reserves increased by more than $30 billion - from more than $173 billion in January to more than $203 billion in September. 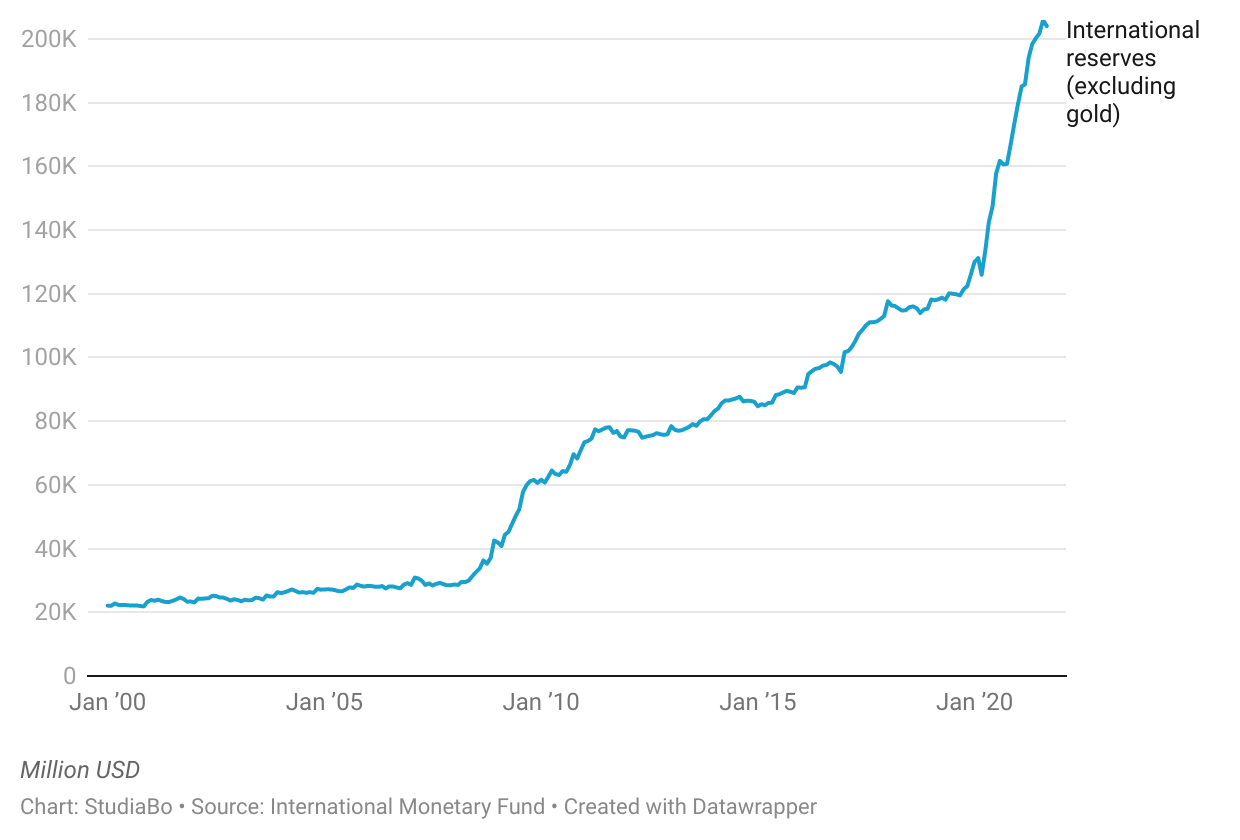 Despite the significant increase in reserves, aimed at controlling the currency's dynamics, several factors might nonetheless have contributed to its recent strengthening. Among them we can find the balance of payments surplus and markets' reaction towards the central bank's announcement of a new hawkish stance.

As can be seen in the chart below, the Israeli current account balance has been growing in recent quarters. Among the main players we can find the excellent performance of the high-tech sector, a key export player for the country (source: Reuters).

If a solid current account balance is a typical trend of the Israeli economy, the novelty that has captured the attention of observers, and supported the trend of the currency in recent weeks, lies in the announced path of monetary policy normalization.
In the last Monetary Policy Committee, held at the beginning of October, the Bank of Israel announced a continuation of the current accommodative monetary policy2, flanked by a stop of Quantitative Easing programs in the coming months. Notable among these is the 85 billion shekel ($26.3 billion) government bond purchase program, put in place to support the economy during the pandemic, which is currently close to the 77 billion threshold.

The Bank of Israel therefore seems to align with the trend of the Federal Reserve, which announced in September the imminent launch of a tapering process (confirmed at its November meeting).

The choice of the Bank of Israel is certainly part of a situation of progressive normalization, both from the economic and social point of view. The fourth wave of Covid-19 in the country, started at the end of the summer, is currently slowing down; the central bank also points out that the last wave has not caused a significant decline in economic activity or demand.
The latest edition of the IMF World Economic Outlook, released in October, forecasts a 7.1% GDP rebound in 2021, following a 2.2% contraction in 2020. Recovery prospects therefore seem consolidated; nevertheless, uncertainty remains for economic activity in the medium term, in relation to a pandemic element still on the scene.

1. Here you can find our previous articles on this topic: "The Shekel Rally Keeps Going" (August 2021), "Forex markets respond quietly to new crisis between Israel and Palestine" (May 2021) and "The Bank of Israel's tug-of-war" (January 2021).
2. The benchmark interest rate is currently 0.1%.